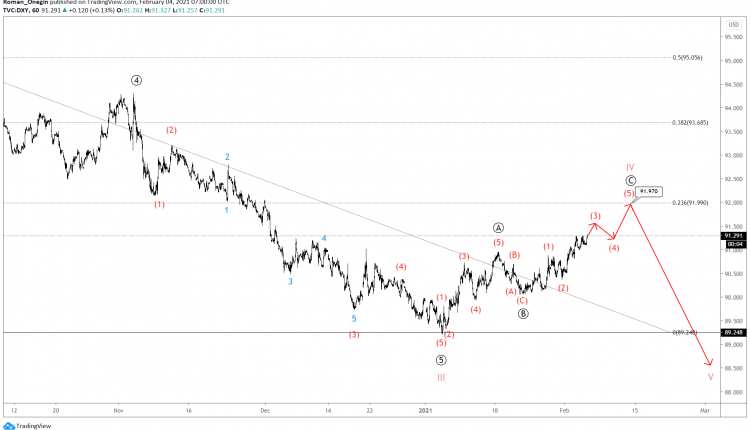 The long-term DXY formation hints at the construction of a large impulse trend of a cycle degree.

After the end of bearish impulse III, prices began to rise in correction IV in the form of a primary Ⓐ-Ⓑ-Ⓒ zigzag. Wave Ⓐ formed a 5-wave impulsive pattern, whereas wave Ⓑ was an intermediate zigzag.

The end of the primary impulse wave Ⓒ is likely near 91.97. At that level, correction IV will be at 23.6% of cycle impulse III.

After the completion of this correction, we can expect that the last fifth wave will send prices below the previous low of 89.24. 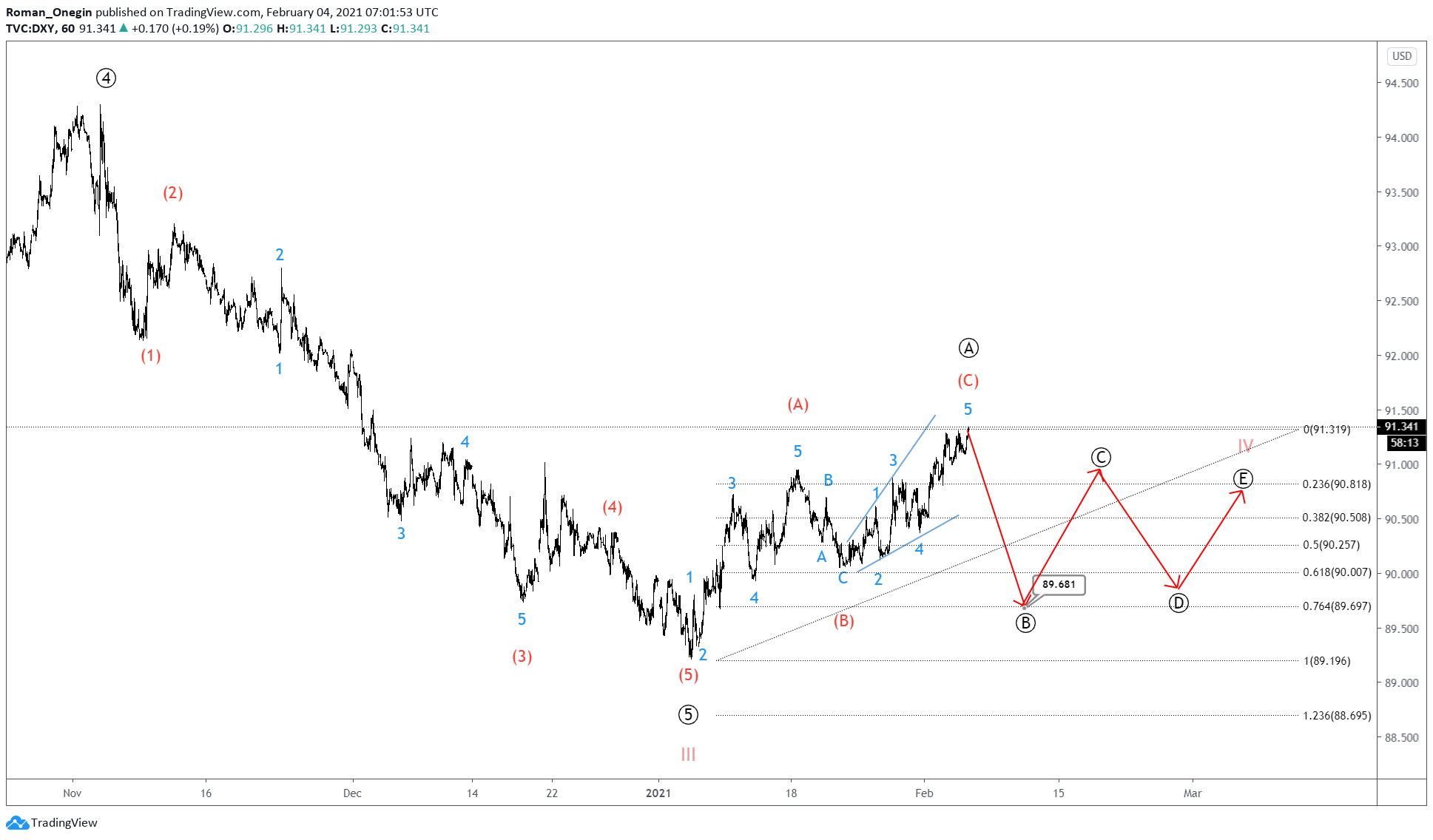 An alternative scenario shows that only the first wave Ⓐ of the primary degree, which is part of the horizontal correction IV is complete.

The correction IV could take the form of a contracting Ⓐ-Ⓑ-Ⓒ-Ⓓ-Ⓔ triangle.