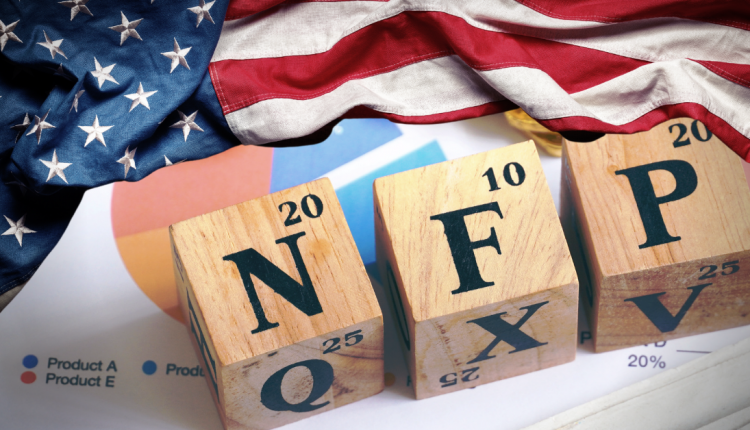 With the dust settling around the WallStreetBets event, the market is apparently in the mood for some positive data.

Under the logic of “buy the rumor, sell the news”, often what is seen as good news will move the markets more during a shift towards market optimism. And there is some hope we could get that with the NFP tomorrow.

Employment data took a backseat over the last few months as fiscal and monetary policy was focused on dealing with the pandemic.

But as vaccinations increase and the economy is ever closer to normalizing, employment figures are coming back to be a key focus.

Especially since we are on the lookout for when the Fed will start to taper off its market support.

Not all good news is good

Given this complicated dynamic, even if we get some job creation last month, it might not spur the markets all that much.

There is a consensus that there was modest net growth in job creation in January. But expectations are also for unemployment to rise. This means that the Fed is likely to continue to see support for the economy as necessary.

A blow-out in job creation could spook some bond traders and weigh on risk sentiment. Although that would likely help boost the dollar.

Additionally, the last round of stimulus checks was delivered in the last week of December, and the start of January.

The argument for stimulus relies on how it helps businesses and bolsters demand which would, in turn, lead to job creation.

The markets could see a lack of growth in job creation as a warning sign and kill the slow return to optimism.

ADP unemployment figures used to sort of predict the NFP. However, they’ve somewhat lost that reputation a bit.

In any case, yesterday’s ADP beat consensus expectations by a lot. This suggests a possibility of a blowout NFP result. But there was one warning sign in the private data reading.

Although the numbers increased, hiring among large firms diminished. The suggestion is that the effect of the pandemic is spreading to even the most financially resilient firms.

Over the last few weeks, a number of key S&P components have announced restructuring plans. These include cutting jobs to save money ahead of expectations of a period of lower profitability.

On the other hand, a lot of people were sharing memes of tens of thousands of jobs being lost because of canceling the Keystone Pipeline. But that likely only contributed around 1,000 during January.

Expectations are for the January NFP to come in at 50K, compared to -140K in December.

Meanwhile, expectations are for the jobless rate to tick higher to 6.8% from 6.7% prior. But the participation rate is likely to be the same as the prior month, suggesting that the rise in unemployment is more technical in nature.

Projections are for Average Hourly Earnings to show substantial growth matching last month’s 5.1% annualized. But this is still a product of lower-paying retail jobs being lost during the pandemic, and in particular as the shopping season winds down.