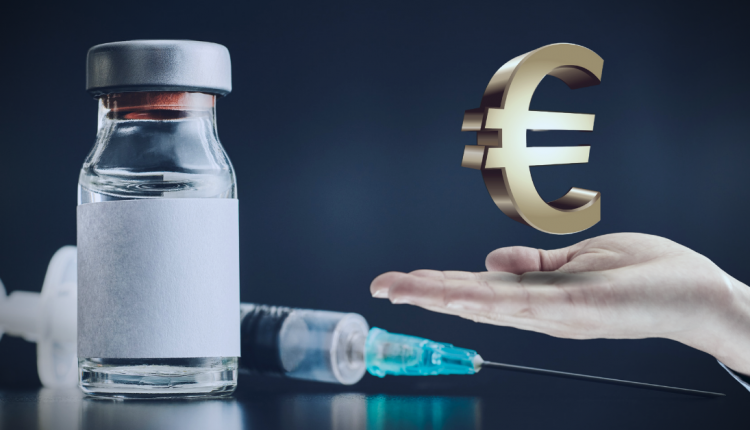 Tomorrow we have the release of a couple of key economic data points from the Eurozone.

While generally, GDP figures are what moves the market, tomorrow’s release is the second reading of last quarter’s figure.

The unemployment data is likely to get the most immediate attention from the markets.

But if we are looking at the long term for the euro, GDP might be more important to watch.

Specifically, as we mentioned before, the result opens the door for a second recession in Europe. Generally, that would be bad for the currency.

However, given the somewhat unusual circumstances, we might be seeing the EURUSD trending higher over the next several months.

Why would a recession make a currency stronger?

The price of a currency is measured in other currencies. Hence the currency pairs.

What happens in other countries is just as relevant for the market valuation for any given currency. In the particular case of the euro. Its two largest trading partners are the USD and GBP.

Both of those countries appear to be heading in the same direction economically, different from that of the EU. Which means their currencies are likely to open a gap.

In the case of the US, there is increasing concern about potential inflation. The massive deficit spending, coupled with a 40% expansion in the monetary base, leads traditional economics to suggest that the US is headed for inflation when the economy starts recovering.

Both the US and the UK are leaps and bounds ahead of the EU in terms of getting the vaccine out. This suggests that their economies could pick up at least three months if not six or even more months before the shared economy.

Yes, and generally, higher interest rates mean that a currency will appreciate because of increased yields.

Both the Fed and the BOE have said they will tolerate higher inflation in the short term, suggesting that real interest rates might fall after economic restrictions are lifted.

With the EU struggling to vaccinate its population, the economy is likely to stay mired in recession or near to it. We aren’t expecting the ECB to cut rates into a further negative, and the EU structure makes deficit spending for recovery more difficult.

Without an increase in economic activity nor vastly expanded monetary base, the Eurozone could, comparatively, have higher rates than the UK or the US. This would, therefore, lead to an appreciation of the euro.

Unless the ECB intervenes

The ECB has stepped up commentary that they are unhappy with the euro appreciating too much.

There are other factors that could lead to a weaker shared currency, such as increased economic activity despite lockdowns.

Although most economists agree that Q1 is likely to show negative growth and put the euro area officially back into recession, they might be wrong.

Expectations are for tomorrow’s jobs data to show a quarterly decrease in employment of -0.4% compared to 1.0% in Q3.

But if employment figures aren’t as bad as anticipated, they could point to a better economic situation, and more potential for inflation.

That might be an explanation for a potential counter-intuitive market reaction.