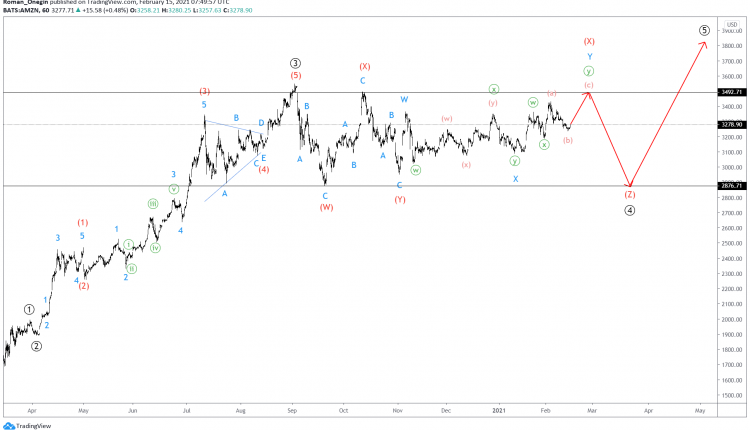 At the time of writing, the first three sub-waves have ended, with the corrective wave ④ is under development. The primary correction ④ has a complex triple zigzag (W)-(X)-(Y)-(X)-(Z) formation.

In the short term, we could expect the construction of a minute zigzag wave ⓨ, which can complete the wave Y in the area of at 3492.71.

Finally, the price is likely to fall in the final intermediate wave (Z) to the previous low of 2876.71. 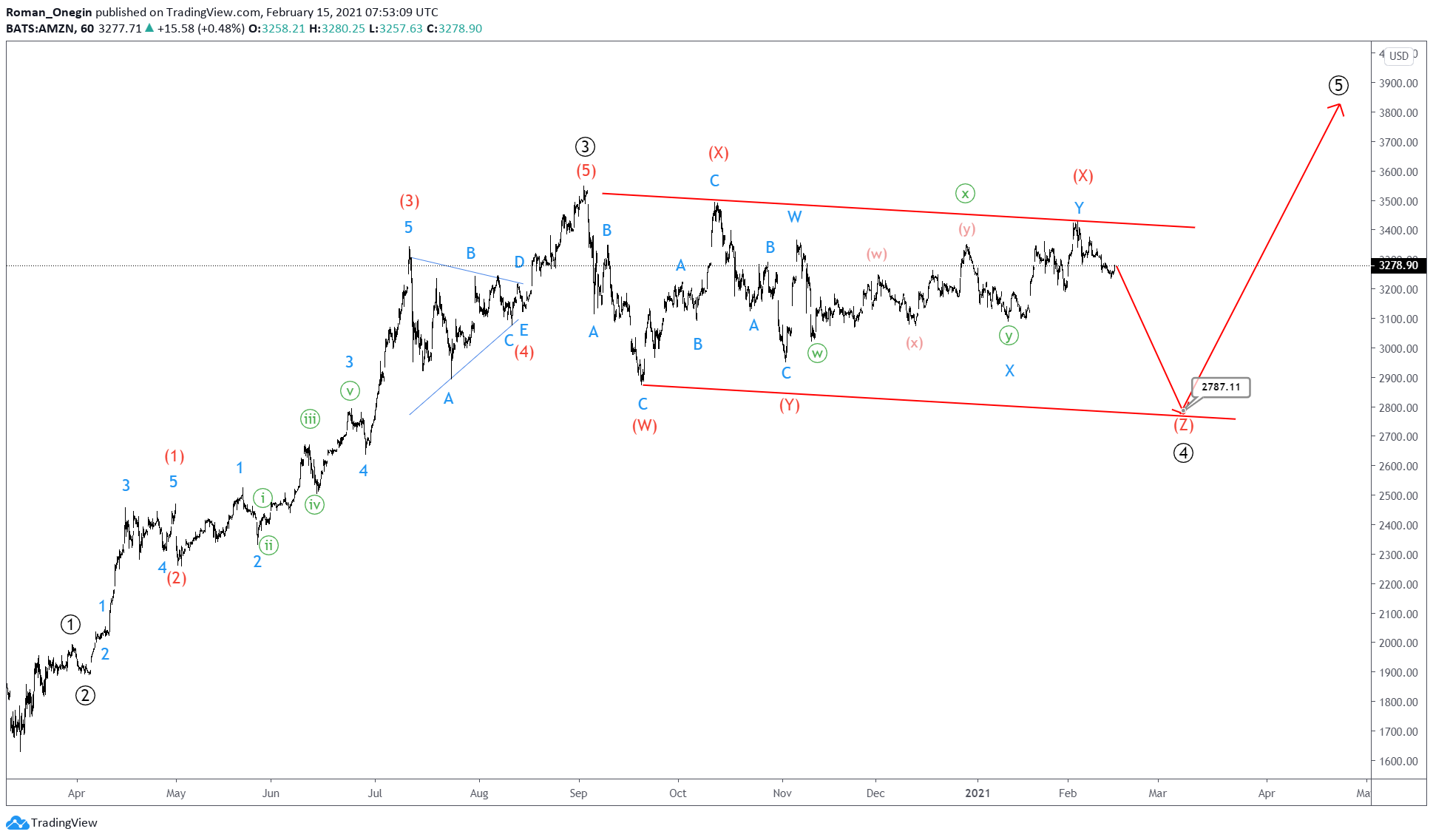 An alternative outlook shows the second intervening wave (X) of the intermediate degree, has ended.

In this case, we will see the end of the primary correction ④ much earlier.

In the near future, we can expect the development of the final actionary wave (Z), which can complete its development near 2787.11.

This level is located on the support line drawn parallel to the line drawn through the vertices (X) and (X).