What Does the Return of Mario Draghi Mean For the Markets? 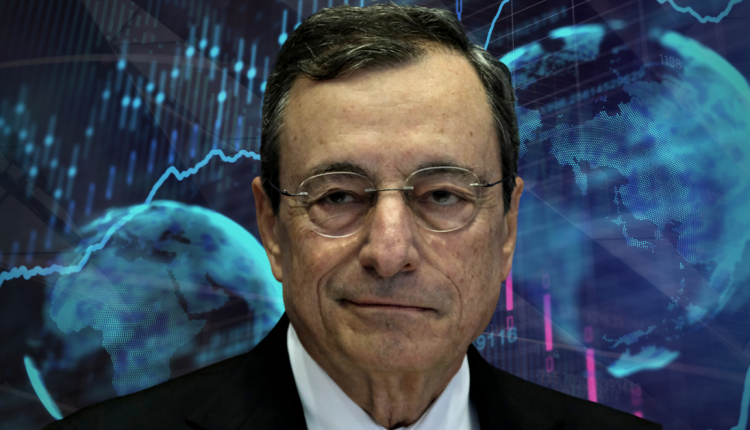 Usually, when a central banker ends his tenure, he goes on to a relatively quiet life of consulting in the private sector and academia.

Former ECB President Trichet, for example, has remained mostly out of the public eye. Ben Bernanke became a Fellow at the Brookings Institution.

Generally, the idea is to leave the stage for their successor to take the reins of the economy. While generally a tradition, it is by no means a requirement, as demonstrated by Secretary Yellen.

Mario Draghi is comparatively young and had already had a political interest in his home country. There were rumors of him being a potential Prime Minister candidate a few years ago.

And now it appears he has finally gotten his chance to form what is being dubbed as a “unity” government. This is important for the markets, as Italy is the third-largest economy in the Eurozone.

And Italy is also the country that worries investors most about the future of the euro.

The point of contention

We should remember that the reason Conte’s government ended was because of disagreements over how to spend the relief funding due to Italy from the EU.

Draghi, having more experience in Brussels, presumably would be more adroit in that area. His non-political position in the ECB has allowed him to avoid the usual political frictions that undermine the work of prior Prime Ministers.

Draghi was selected precisely to try to smooth over significant fractions in the Italian legislature. There, certain parties were jockeying for a potential gain during the next election.

Until we get a re-calibration of the electoral math, Draghi is likely to continue to garner broad-ranging support among legislators. But, that doesn’t mean he’s going to be able to make any major reforms.

What to expect from a Draghi Premiership

Expectations are for the new government to be announced on Monday. Meanwhile, Draghi continues to negotiate support among the different parties.

Getting support on how to spend “free money” from Brussels has a pretty broad consensus. But it’s the other policies that might put the unity part of his government under strain.

So far, he’s been relatively sparing with potential policies his government might pursue. And this allows him more negotiation room. It also helps keep his political position as he hasn’t stood for a popular election yet.

His potential policies are generally administrative. For example, extending the school year to give students more time to complete their studies.

He has also vowed to speed up the vaccination program. More controversial is an unspecified modification of the tax and justice system.

Beyond that, getting a consensus to do sizable reforms might struggle to replicate the broad support Draghi is getting in the middle of the current crisis.

And the market impact?

President Mattarelli’s announcement that Draghi had been mandated to reform the government helped ease Italian yields a bit.

Current polls show that eurosceptic parties have gained popularity. So, avoiding an election would prevent stress on the euro.

We can expect Draghi to maintain good relations with the EC, which would imply fewer hiccups for the euro going forward.

On the other hand, there is little that Draghi can likely do to influence the economy. Italy is already backed against the wall budgetarily.

Extra funds are decided on the EU level, and the ECB has the most influence in maintaining bond yields. So, while Draghi might be helpful psychologically, we shouldn’t really expect much practical change.

Will Oil Start to Slide?