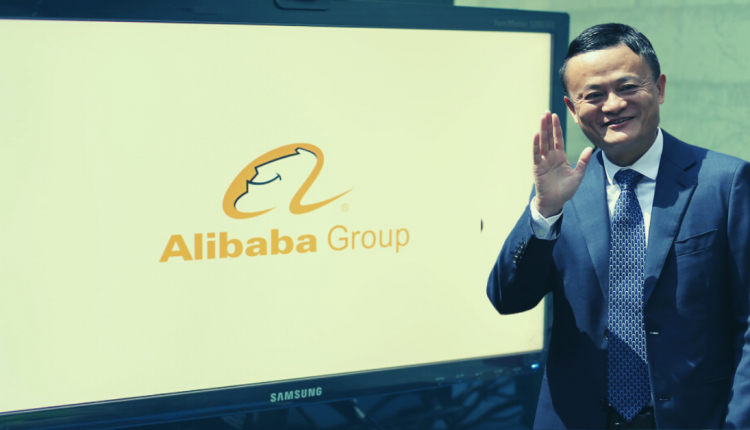 Shares in Alibaba are trading a little lower pre-market on Tuesday. The company’s stock price is trading around 227.72 following yesterday’s 227.85 close. Shares are now down around 30% from their peak last year.

The company recently came under selling pressure over increased Chinese government opposition to Jack Ma’s business empire. Alibaba’s sister company Ant has been accused by Beijing of failure to comply with regulatory requirements.

Alibaba recently attempted to increase its 24-month share buyback program to $10 billion from $6 billion. However, the move was somewhat upstaged by comments from the deputy governor of the PBoC who made the accusations.

The slide in Alibaba’s shares mean that Jack Ma’s personal wealth has fallen from around $62 billion to $50 billion. Ma’s criticism of Beijing came in response to the Chinese government blocking a $37 billion initial public offering from Ant.

Further to this, China’s market regulator announced last month that it would be launching an anti-trust investigation into Alibaba.

The Alibaba CEO has not been seen in public or been active on social media platforms since his criticism of the government. Given his typically public appearance and highly vocal nature, their absence of the CEO in the public spotlight has drawn a lot of attention and speculation.

Ma even failed to attend the final episode of Africa’s Business Heroes where he has been a judge for the series. Alibaba’s co-founder, Lucy Peng, replaced him. 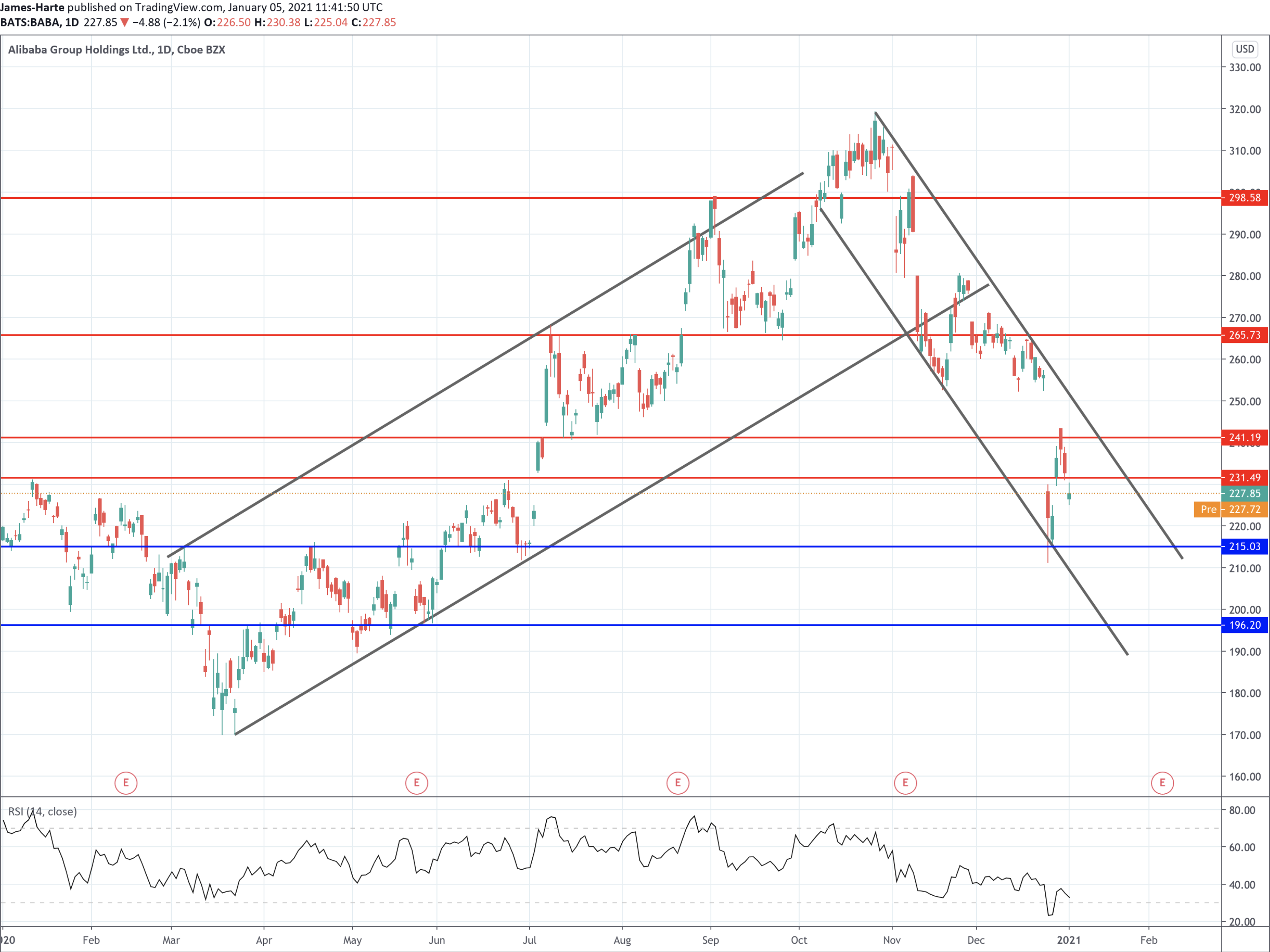 Following the breakdown below the rising channel which framed the recovery last year, Alibaba shares have traded lower within a tight bearish channel.

Price has broken below several key levels. The decline recently found support into the 215.03 level. However, the subsequent bounce was capped by resistance at the 241.19 level.

For now, while price remains within the bear channel, the near term bias is in favor of further downside with the 196.20 level the next big support to watch.

GBPJPY Bearish Trend To Start Below 136.77