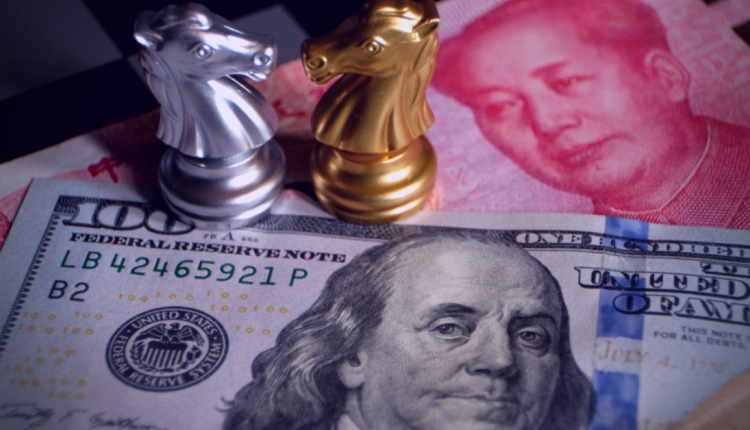 On the first full trading day of the new year, the onshore USDCNY hit the lowest it’s been since June 22, 2018.

This was back at the start of the now almost forgotten US-China trade war.

It was over a 1% jump for the Chinese currency in one day. And it brings up the question of whether the move was a sign of what it’s going to be like for the rest of the year.

We have to remember that the CNY was already getting stronger against the dollar back in late 2017. And it was primarily the trade war that pushed the currency in the other direction.

With all the focus on covid, the news has forgotten to report on what’s happening on the trade front. That is just one of the factors underlying the move.

The Influence Through Asia

The CNY has lost ground to both the Aussie and Kiwi over the last three months or so. This suggests that it might not be so much that the yuan is getting stronger as it is the dollar getting weaker.

In fact, if we follow the USD index from the Wall Street Journal, the dollar has been weakening against a basket of world currencies since the end of May.

That coincides with the start of the latest trend downward in the USDCNY chart.

Getting a Handle on Risk

While the rest of the world has been mired in the effects of covid, China returned to normal in the second quarter.

Investors who had shifted to the dollar as a safe haven through the prior months had an interest to switch to yuan investments. And American bond yields cratered.

In fact, there are virtually no advanced countries with positive bond yields.

Anyone looking to make money in the fixed market is going to have to look overseas.

Chinese bonds have seen a record inflow, with a tripling of the inflows since the end of the pandemic in mainland China.

Both for the yields and in anticipation of further access to the financial market as part of the US Phase 1 trade deal and now Europe’s Investment deal.

Add to that mix the expectation that the new Biden administration will not be as hawkish with China, and there is a potential for easing tariff tensions that could spur more investment in the Asian giant.

What’s to Stop It?

If the currency gets too strong, it will hurt China’s export market.

But, the country has been making great strides in developing its internal market. Therefore, it might tolerate more currency strength.

That would likely be beneficial for the Kiwi and Aussie. It would give the Chinese more purchasing power for imports from those countries.

The last time the CNYUSD took an excursion in this direction, the PBOC seemed to be quite happy to let it slip as far as the 6.20 handle.

How far beyond that would it have gone if it weren’t for the trade war? That’s an unresolvable question at this point.

We can be fairly certain the exchange rate can fall further before regulators start to get concerned.

EURNZD Looks to Pull Away from Q4 Woes