GBPJPY Bearish Trend To Start Below 136.77 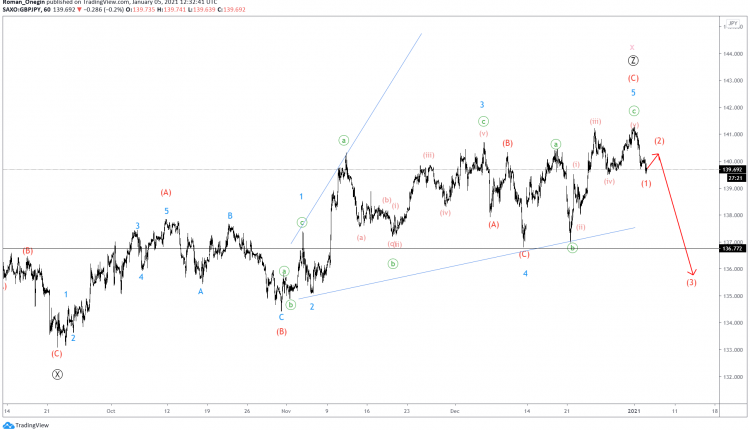 The final wave Ⓩ is a simple zigzag and consists of intermediate sub-waves (A)-(B)-(C). Wave (A) is a fully completed bullish impulse that is at the beginning of an uptrend. Wave (B) is a bearish zigzag and wave (C) is an ending diagonal.

After the completion of the ending diagonal, a new bearish trend began in the form of an impulse.

In the near future, we could see the formation of a small bullish correction wave (2), and a decline in the intermediate impulse (3) below 136.77 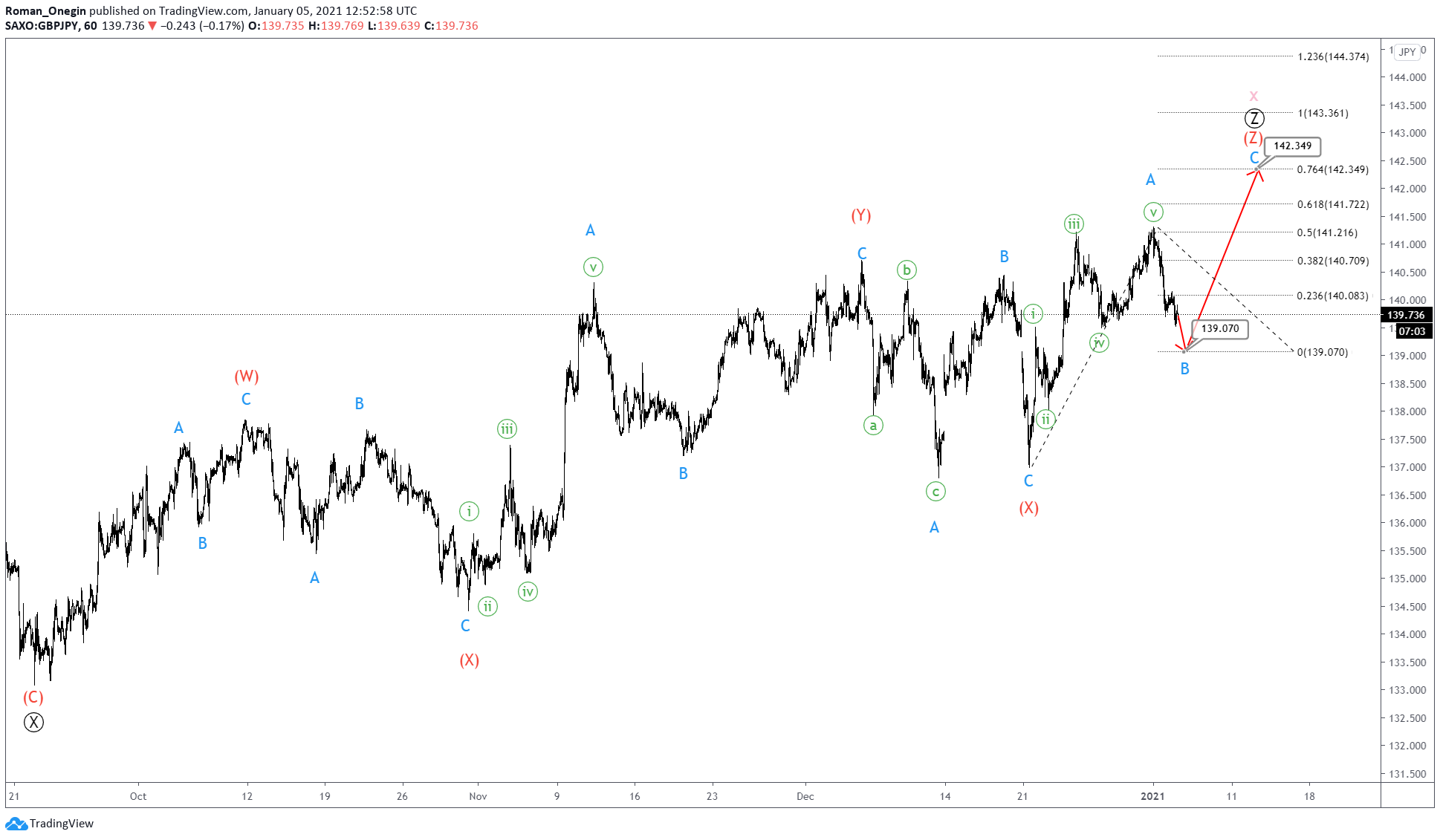 An alternative scenario shows that the entire bullish trend is a triple zigzag.

In this case, minor impulse wave A has only recently started. We could then see a correction that can be completed near 139.07, which corresponds to the 50% Fibonacci retracement of wave A.