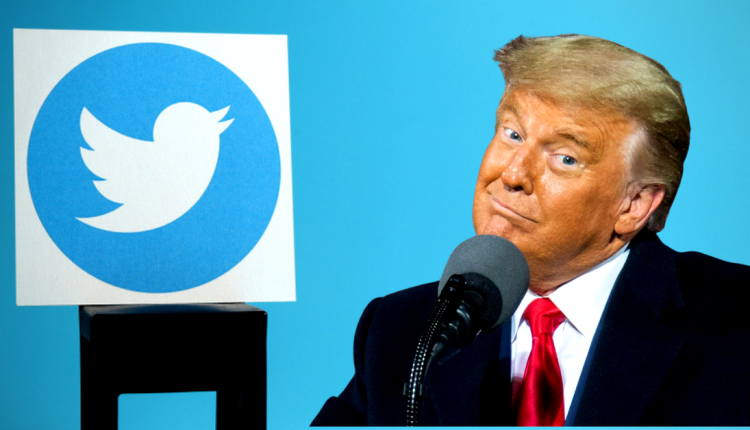 While politicians can argue over who won the election, traders need to be ready for potential future scenarios.

There is a very real possibility that President Trump might no longer be on Twitter in the near future, for more reasons than just the election.

Both benefit from the other, so a Trumpless Twitter (or a Twitterless Trump) would likely have an impact on the company, and their stock price.

Is there a potential trading opportunity here?

Trump is in the top ten most followed on the platform at 88.9M.

But he’s still quite a bit behind of the most followed tweeter (twitterer?) on the site: Barack Obama at 126M. So what does this mean in terms of revenue for Twitter?

Well, social media posts and engagement have value in the space thanks to advertising.

On the social media market, Trump’s tweets average around $115K per tweet, plus an engagement value of nearly half a million dollars.

Now multiply that times an average of 2,000-ish tweets per month this year, and Twitter has quite a valuable asset in Donald Trump.

Social media executives are trying to keep both measures at bay while addressing the concern of their real customers: advertisers.

Advertisers hate controversy, and that’s a fact that social activists have exploited since, well, ever, really.

In particular, Media Matters and Sleeping Giants run campaigns to get advertisers to stop spending on certain venues, in order to pressure the social media companies to restrict content.

Twitter in particular is vulnerable to this kind of activism.

This is because 86% of their revenues come from large ad agencies who would rather pull their support than face controversy.

Facebook, by contrast, has 20% of its revenue from large agencies; with 56% of their revenue coming through local SMEs who are virtually invisible to boycott campaigns.

During the latest economic downturn, major companies curtailed their advertising spending, pushing Twitter into the largest quarterly loss in its history.

By contrast, Facebook’s profits are higher now than before the pandemic.

What To Do With Trump?

Most of Twitter’s users are international, but US users account for over half of the company’s revenue.

US Daily Average Users have flatlined in the last three quarters.

On the other hand, 92% of the content (and therefore, engagement) is produced by just 10% of the users. And 69% of those identify as Democrats according to Pew research.

Engagement is what drives revenue. However, engagement is often most driven by controversy, which advertisers try to avoid.

Without Trump, and his followers to argue with, Twitter could lose a significant share of engagement – right when they need to be courting advertisers to make up for pandemic losses.