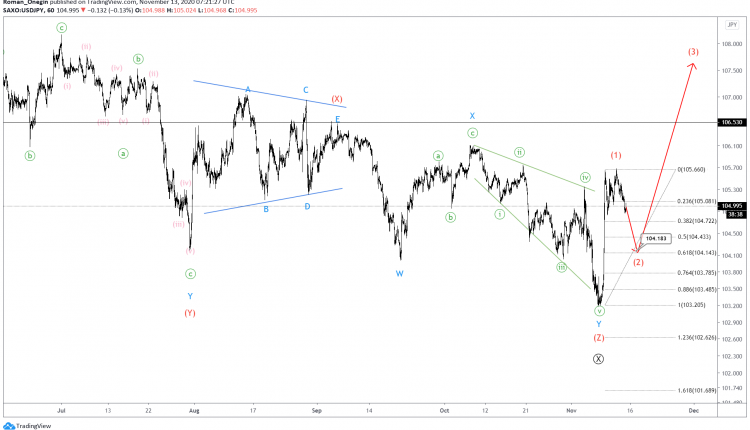 This took the form of a triple zigzag consisting of intermediate degree waves (W)-(X)-(Y)-(X)-(Z). 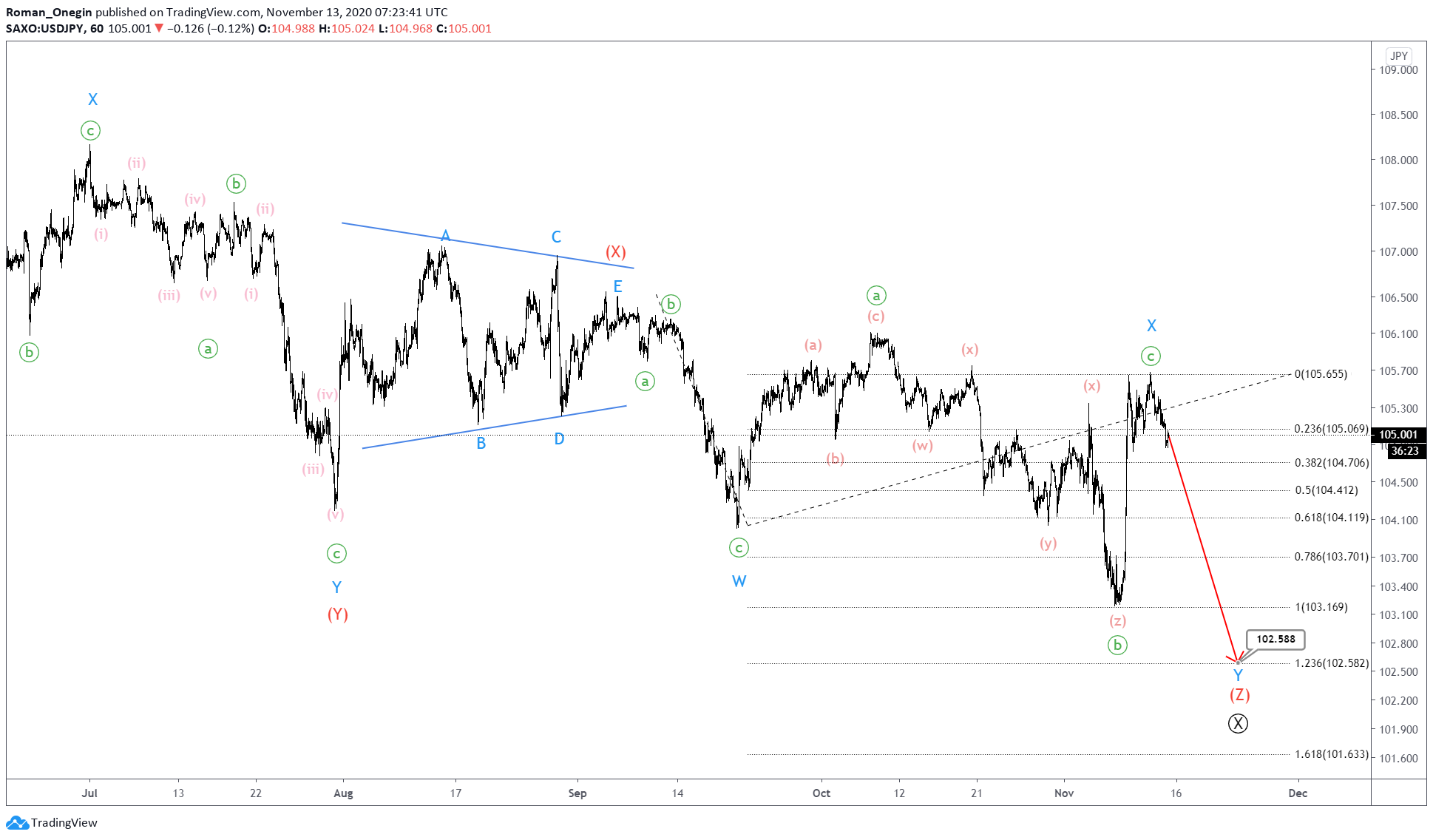 At the time of writing, the last leg of the intermediate triple zigzag is under construction.

Intervening wave X ended as a running flat, which is part of the double zigzag wave (Z).

In the short term, prices could fall in the minor wave Y to the level of 102.58.