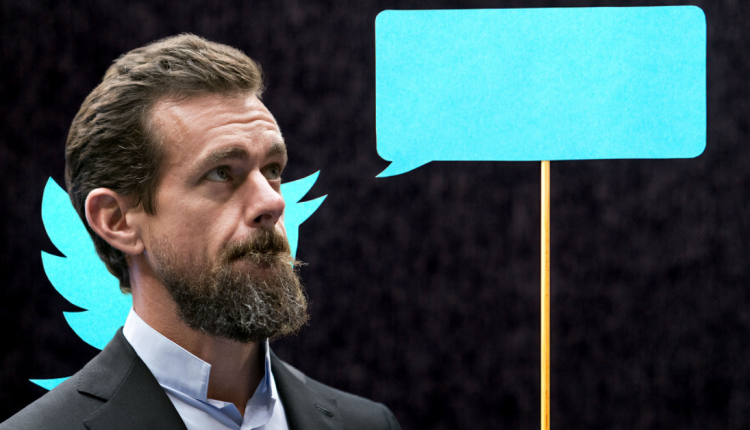 US social media titan Twitter has seen its share prices continue to rebound over recent days. This follows the strong sell-off we saw at the end of last week.

The company reported third-quarter earnings per share of $0.04, slightly undershooting analyst expectations for a $0.06 EPS.

Revenues, meanwhile, were firmly above expectations. They came in at $936 million, beating estimates of a $777 million result.

Looking at the breakdown of the data, Twitter recorded a 15% year on year rise in ad revenue to $808 million.

Total ad engagement also increased by 27% over the same horizon. A large part of the recovery in this sector was attributed to the increasing return of live events and postponed events over the quarter.

This helped boost spending on advertisements.

This was an interesting quarter for Twitter given the run-up to the US elections.

With the company coming up against a great deal of scrutiny following its decision to censor some of Trump’s tweets, there was a great deal of trepidation among advertisers.

Many analysts felt this would translate into weaker results.

“In Q2, many brands slowed or paused spend in reaction to US civil unrest, only to increase spend relatively quickly thereafter in an effort to catch up. The period surrounding the US election is somewhat uncertain, but we have no reason to believe that September’s revenue trends can’t continue, or even improve, outside of the election-related window.”

Elaborating further, Twitter CEO Ned Segal described the period as being similar to Q2 which was dominated by the racial equality protests across the US and the rest of the world.

While advertisers paused their spending momentarily, they soon jumped back in and ended up spending their budgets a little later. Therefore, overall, their total spending remained the same.

Notably, Twitter reported its earnings just a day after the group’s CEO Jack Dorsey testified in front of the Senate Commerce Committee.

He testified to defend the company’s legal liability shield from attempts by lawmakers to weaken it.

The current law protects the social media platform, as well as others such as Facebook, from being liable for the content of users’ posts.

However, it also allows them to moderate it as they see fit. 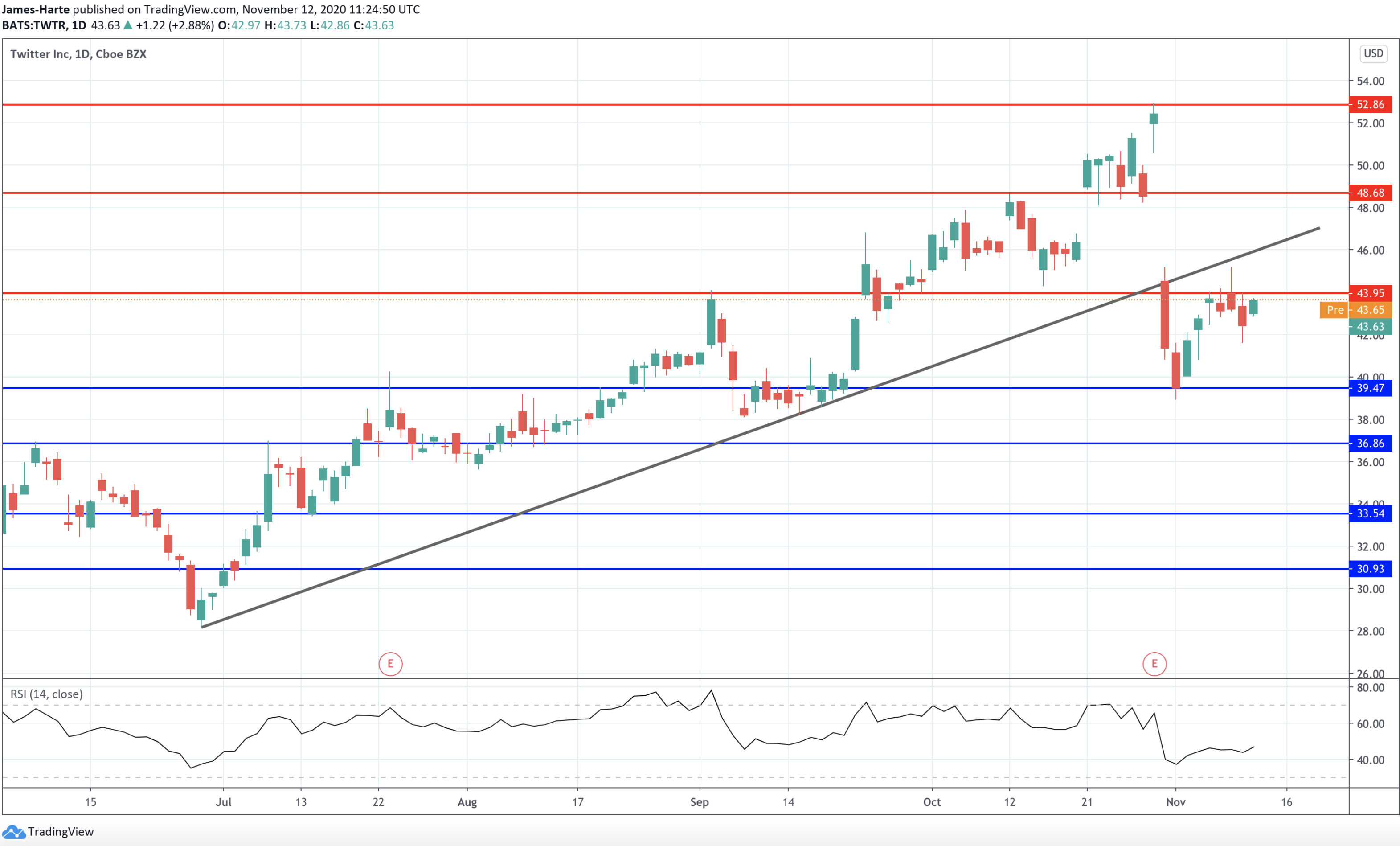 Following the breakdown through the rising trend line from 2020 lows, Twitter shares found support at the 39.47 level. They have subsequently bounced higher.

However, for now, price remains capped by the 43.95 level and the underside of the broken trend line. While below here, risks remains tilted to the downside.

EURUSD Pulls Back as Investors Look for Direction