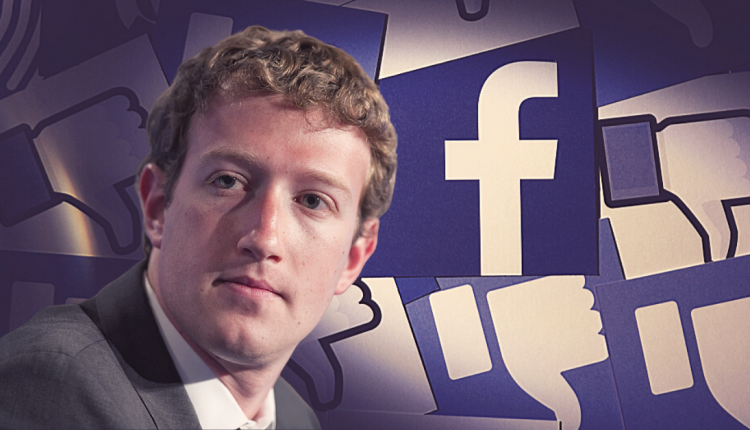 Shares in US social media icon Facebook are trading a little lower pre-market on Tuesday. Price continues to correct lower from the recent November highs just short of the 300 mark. The company has been hit by a slew of negative press this week regarding its safeguarding procedures as well as its proposed encryption program.

A report released by the Coalition for a Safer Web criticized Facebook over its failure to address a White Supremacist network on the site. The site has over 80,000 followers, including links to the far-right movement in the UK.

The network includes over 40 different neo-Nazi sites, as well as links to sites selling neo-Nazi merchandise. The report alleges that Facebook was alerted to the existence of the network two years ago and has failed to stop it or address it in any way.

Legal Trial in the US

Facebook has been in the spotlight a great deal lately. Accusations are that the company does not do enough to censor hate speech and propaganda distributed on its website.

Indeed, Facebook has been part of a trial in the US recently where social networks have sought to defend their legal defense that they are not responsible for content posted on their platforms.

Facebook has also come under scrutiny over its recently proposed plans to strengthen the encryption used on the sites messenger service. The National Crime Agency in the UK asserts that such a move will make it easier for online predators such as pedophiles to exploit and abuse victims. It will also make it harder for authorities to identify and prosecute them.

The NCA has called for Facebook to scrap plans to activate end-to-end encryption. This is a call that has been backed by the National Society for the Prevention of Cruelty to Children.

In all, it’s been a week of difficult headlines for the company whose stock was already under pressure. Indeed, despite the better risk environment as a result of vaccine news and US election news, Facebook shares continue to come under pressure. This suggests that investors are starting to see a shift in sentiment. 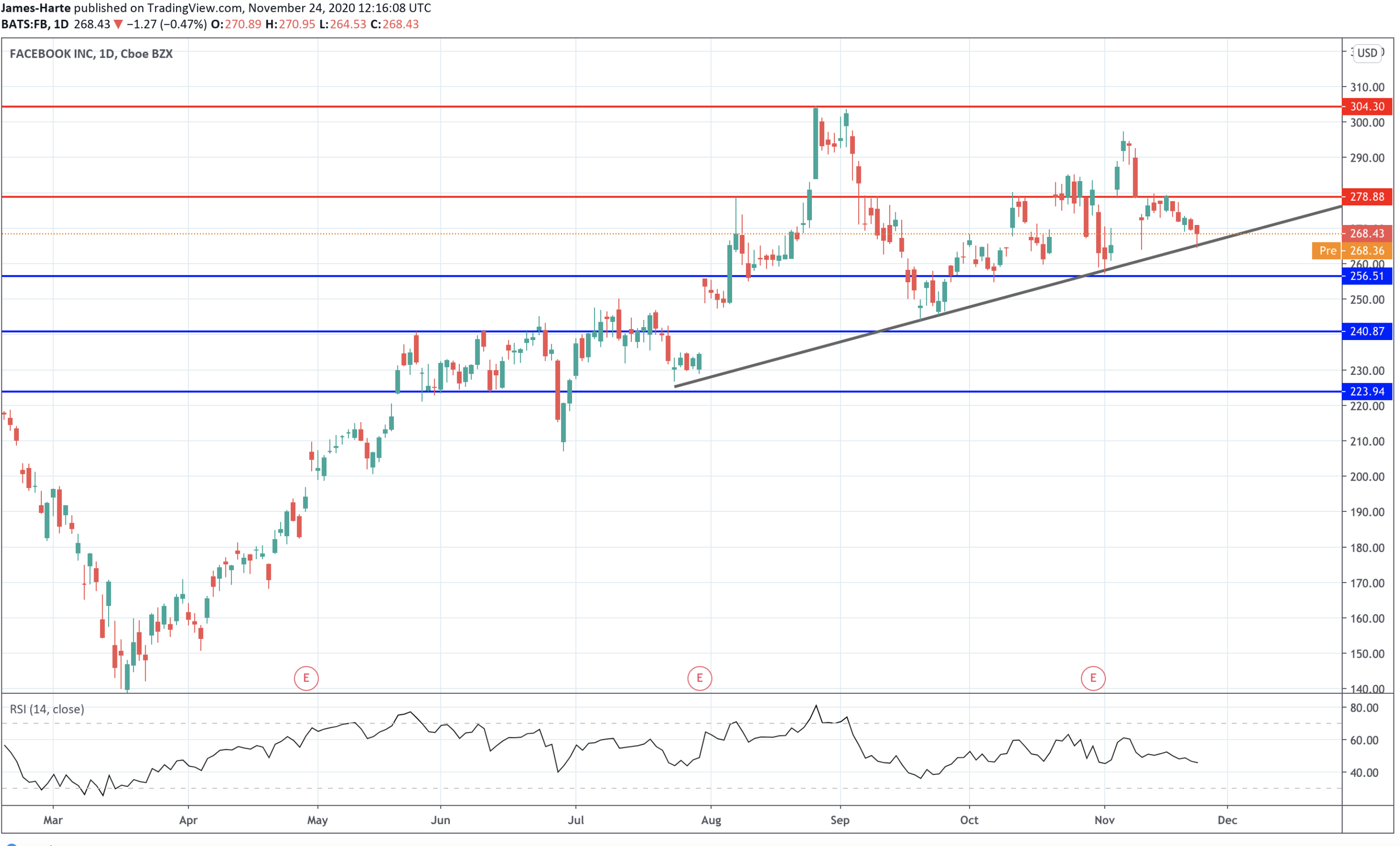 Facebook shares continue to correct lower following the reversal from 300. Price is now retesting the bullish trend line from summer lows. If it remains intact, focus will be on further upside. However, a break below here will turn focus to support at 256.51 and 240.87 next.