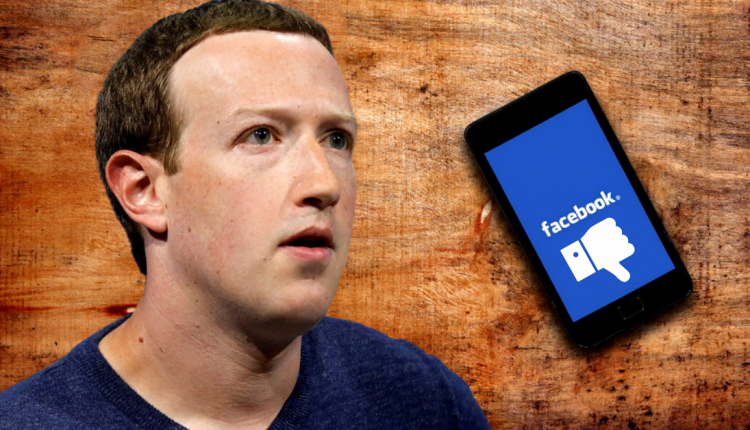 They are trading 0.84% lower pre-market on Monday. A spate of recent negative headlines has seemingly put an end to the Facebook rally for now with price having stagnated around current levels since early May.

A campaign has emerged in recent weeks establishing a collaborative effort to get businesses and individuals to pull advertising funding from the company over criticism citing Facebook’s failure to ban hate speech and offensive content shared on its platform. The campaign has flared up around the Black Lives Matter protests. These have seen an outpouring of aggressive, far-right commentary on the Facebook platform which critics insist must be censored.

The campaign has quickly gathered pace with over 1000 companies pulling their advertising funding from the platform. Big names include Coca Cola, Adidas, Ben & Jerry’s, and Disney. As a result of the ongoing boycott, it is so far estimated that Facebook has lost around $7 billion in advertising revenue.

Despite a 15% sell-off in mid-June as the campaign gathered pace, Facebook shares have since rebounded. For now, price remains not too far off recent highs. This displays a surprising amount of resilience given the ongoing issue Facebook is facing.  It also seems that revenue forecasts for the year have remained little changed. This is despite the loss of advertising funding with Wall street forecasts even looking for a slightly higher year-end revenue.

Given the sheer size of Facebook (roughly $70 billion a year), it seems that investors are either not overly concerned by the current losses or, deem that the issue is likely transitory. Facebook is in talks with the campaign group. Given the growing scale of the boycott, investors likely judge that the issue will be resolved sooner rather than later and companies will abandon the boycott and advertise with Facebook again.

Facebook is due to report Q2 earnings on July 29th. The market is looking for earnings per share of $1.38, reflecting the loss of funding seen over the quarter. In Q1, Facebook reported an EPS of $1.71. This was slightly undershooting expectations of $1.78. Revenues, on the other hand, grew 17.6% on the quarter. 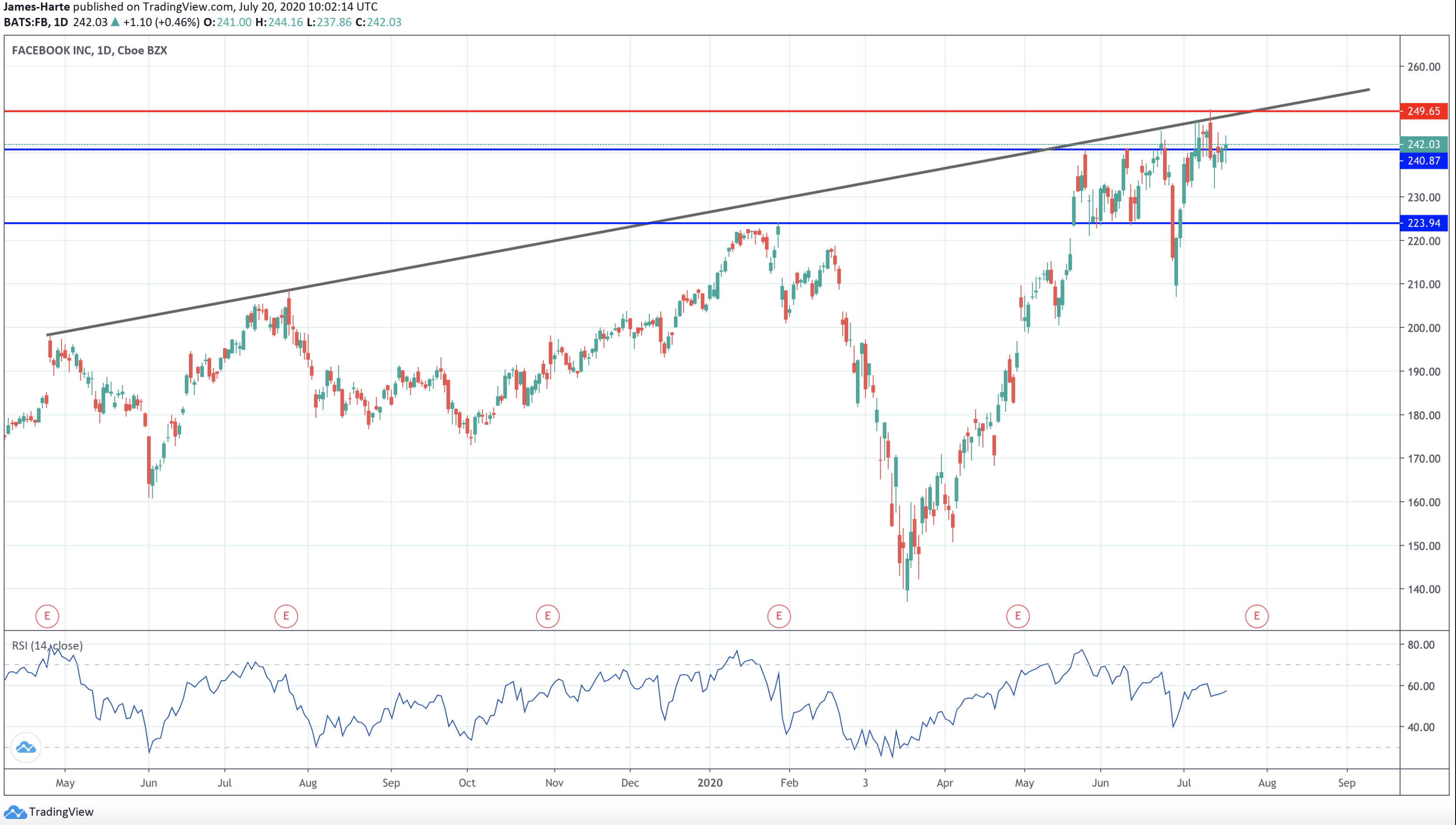 Facebook was capped by the rising trend line resistance running from mid-2019 highs last week printing all-time highs of 249.65. While price dipped below the 240.97 level briefly, it has since recovered. While above here focus is on further upside.

However, the RSI is noting strong bearish divergence. Should price break back below the 240.87 level, a deeper move to the 233.94 level could be seen.