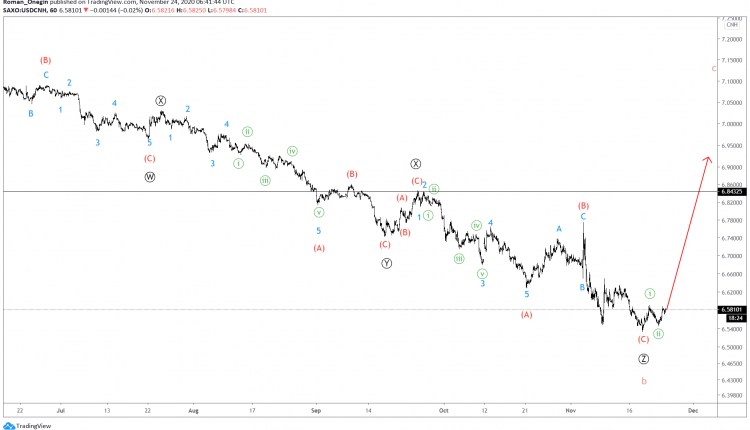 The USDCNH structure hints to the completion of a cycle wave correction b.

This is a bearish triple zigzag that consists of primary sub-waves Ⓦ-Ⓧ-Ⓨ-Ⓧ-Ⓩ.

The development of a new bullish trend hints at prices rising in a 5-wave impulse, with two-minute sub-waves complete.

It is likely that prices will move above 6.843. This was previously formed by the primary intervening wave Ⓧ. 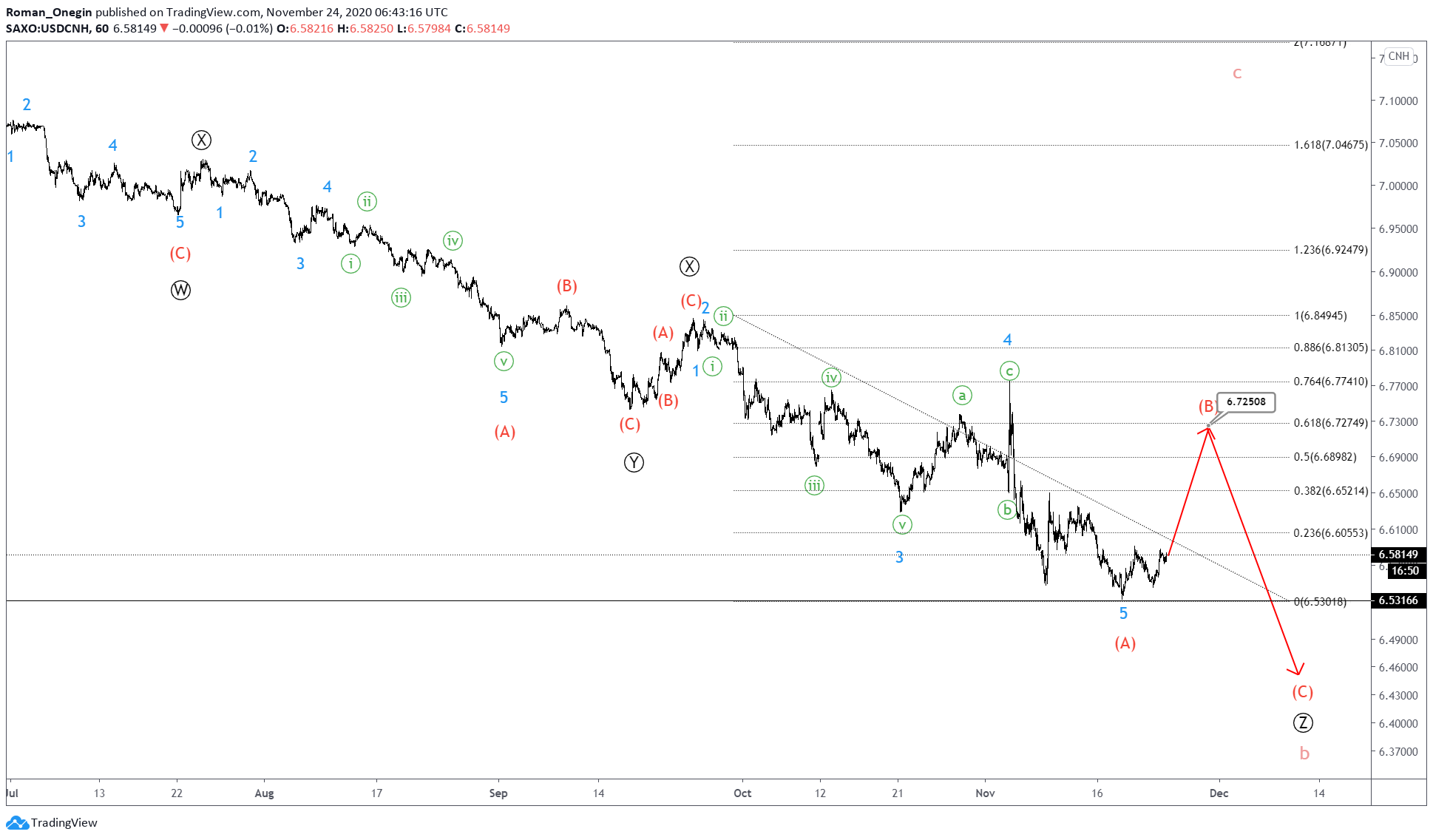 An alternative scenario shows that bearish correction b is not yet complete.

Intermediate impulse wave (A), which is the first part of the final wave Ⓩ of the primary degree, has recently ended.

After completing this correction, we could see the depreciation in the intermediate wave (C) below the previous low of 6.531.