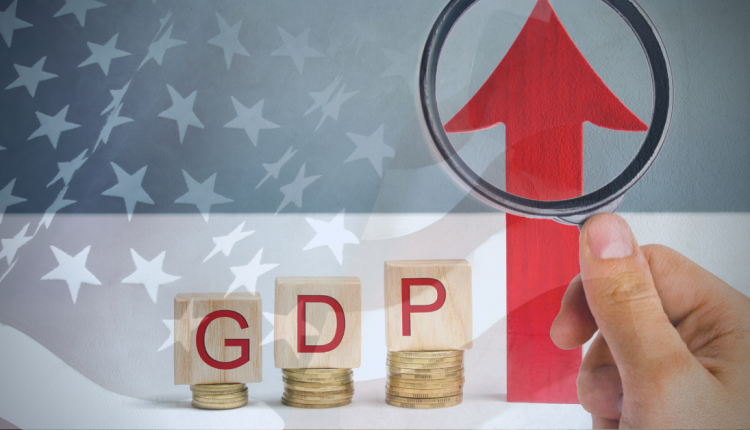 The advance reading of the US Q3 GDP showed the fastest growth on record.

This isn’t all that much of a surprise after reopening following the largest drop in GDP in history, as well.

However, given the magnitude of the move, there is a larger degree of uncertainty in the advance figure. This suggests the potential for a larger revision this time around.

It also should be noted that at the same time, there is a host of other economic data coming out. So the markets could be quite bumpy around that time.

More important for traders, however, is what the trend indicates for the close of the year. As covid cases have increased and lockdowns have been reissued, unemployment figures have started to creep up.

Of the major world economies, the US has been among the least affected. In fact, expectations are for it to contract by just 3.6% this year.

This is less than half the projection for the Eurozone which comes in at -7.8%.

Expectations are for the US fourth-quarter GDP to grow at an annualized rate of 2.2% (a far cry from Q3 numbers, but still positive), despite the second wave of covid cases.

It’s also relevant to point out the unequal impact of covid, and the measures to deal with it, on the US economy.

Q3 figures by state are not out yet, but looking over the impact from Q2, the impact is quite varied.

Some states like Utah and Washington shed significantly less growth than states like Hawaii or Nevada. Of course, the latter two make sense due to both of those states’ reliance on tourism.

However, there is little correlation between the degree of lockdown, caseload, and economic impact.

The two worst-hit states, California and New York, with the strictest lockdowns, saw a contraction of -31.5% and -36.3% respectively.

Vermont had the least cases by population, and some of the least restrictive lockdowns, but registered a -38.2% decline in its economy. Texas, which tried to delay lockdowns as much as possible, saw a -29.0% decline in their economy.

What About the Future for the Markets?

On Sunday, the FDA issued an Emergency Use Authorization for the antibody cocktail to fight covid.

This is the same as was used to treat President Trump. It’s the latest of several therapeutics currently authorized to combat the disease, in combination with the vaccines (the latest being AstraZeneca published yesterday).

However, because the US has had more success weathering the storm initially, it might mean it’s not in the best position for a rebound.

As risk on sentiment grows, safe havens like the dollar are likely to be weaker. And there is a larger growth potential among stocks that fell more during the pandemic, particularly in Europe and emerging markets.

In the meantime, US fiscal policy is on relative hold awaiting the resolution of the elections in Georgia, which would determine the balance of power in the Senate.

While Joe Biden plans to announce some of his top cabinet picks later, how easy it will be to get them approved remains uncertain.

And stimulus spending talks are also still suspended, as both sides are unsure about the political climate.

All these factors combine to imply the US markets could be weaker during this quarter. when compared to peers. That is even if the Fed affirms its commitment to easing with the release of the FOMC minutes tomorrow.