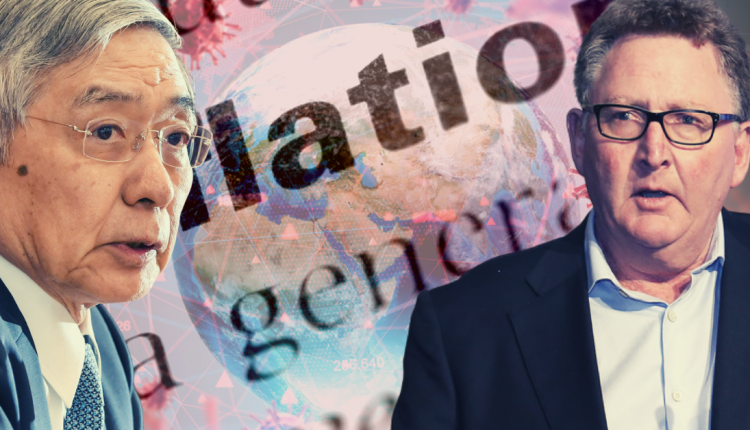 This week we have a series of important inflation data from major countries across the world.

We’re getting to a critical juncture in the economic recovery from COVID that implies more attention is needed on CPI changes.

As mentioned at the beginning of the crisis, whether or not we are going into an inflationary or deflationary spiral after all the quantitative easing is an open debate. And it’s an important factor for stock markets and currencies.

Central banks around the world will have to adjust their monetary policy towards a more long-term, stable goal beyond emergency measures.

As we get close to the approval of a vaccine (and as cases are spiking again in Europe), central banks are going to assess their rate policies and adjust accordingly.

Already, the Fed had said they are willing to accept a higher inflation rate in order to keep the stimulus going.

The ECB is evidently considering something similar. Meanwhile, the RBNZ is being serious about negative rates.

What will likely happen depends on how much room to maneuver the central banks have. And this depends on the inflation rate.

Central banks might have lost their focus on currency stability in the COVID emergency, but that’s only because inflation hasn’t increased significantly.

Keeping an eye on inflation over the next few months will be key to understanding how monetary policy might evolve. It will also help us gauge what central bankers will say from here until the end of the year.

First up we have the UK, which we can expect to report a monthly CPI change of 0.0% compared to -0.4% in the prior month.

Inflation has largely been flat in the UK for months now. Expectations are for annualized inflation to come in at just 0.3% compared to 0.2% in the prior month. Hardly a relevant change.

The theory is this gives the BOE ample room to continue to be accommodative.

The fly in the ointment is that expectations are for core annualized inflation to come in at 1.0% compared to 0.9% prior. This suggests that the low cost of fuel is one of the major factors in keeping prices from spiking.

If economic activity normalizes, crude prices might return to prior levels and increase inflationary pressures rather suddenly.

Projections are for the Canadian core monthly CPI to come in at 0.1% compared to 0.0% prior. In other words, it’ll stay within its effectively flat range.

The low price of crude helps to keep the Canadian dollar lower and reduce inflationary pressures. The BOC still has plenty of room to ease, but ought to keep an eye on the price of crude.

We can expect the quarterly CPI change in New Zealand to move back into the positive at 0.2% compared to -0.5% in the prior quarter.

On an annualized basis, we can expect inflation to top the RBNZ’s target at 2.2% compared to 1.5% prior.

New Zealand has managed to keep its case numbers low, suggesting that a return to activity could lead to inflation rising. The RBNZ might find their easing intentions in trouble if this inflation trend continues

Finally, we can expect Japan’s annualized core CPI to slip further into the negative at -0.5% compared to -0.4% prior. It’s been ages since the inflation rate in Japan has been anywhere near the BOJ’s target.

But the new PM’s interest in raising taxes has economists worried that the country’s economy might not be so robust. And inflation could stay low, even as the rest of the world recovers.