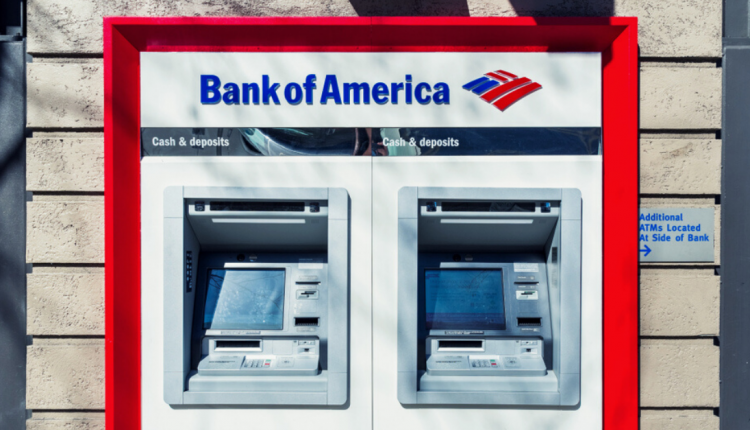 Shares in US lender Bank of America, the second-biggest US bank by its assets, are trading a little lower pre-market on Monday. Last week, the US bank reported its third-quarter earnings. While the headline earnings per share figure was slightly better than expected at $0.50 versus estimates for a $0.49 reading, the EPS was down 16% o the same period a year prior.

Revenues were slightly lower than expected over the quarter at $20.45 billion. This undershot expectations of a $20.8 billion reading. Bank of America reported that its net interest income fell by 17% over the quarter to $10.2 billion. The bank has been heavily affected by lower interest rates in the US, as a result of its vast deposit base which analysts have long cited as a threat to the bank’s income stream given the current climate. The bank’s net interest margin was 1.72% over the quarter, undershooting estimates by 0.10%.

Disappointingly for the bank and its shareholders, unlike the results we have seen from other leading banks such as Goldman Sachs and JP Morgan, trading revenues were also lower over the quarter. The bank’s bond trading revenues were $2.1 billion, undershooting estimates of a $2.28 billion result. Equities revenues meanwhile came in in line with expectations at $1.2 billion.

In terms of credit loss provisions over the quarter, Bank of America recorded a $1.4 billion figure. This is much lower than the $5.1 billion over the second quarter.

There were some positives within the results, however. The bank recorded its second-best quarter in terms of investment banking. Revenues from the segment rose 15% on the same period last year.

Additionally, while asset quality was a key concern for banks over Q3, Bank of America actually recorded an improvement in its net charge-off ratio. This moved from 1.18% to 0.82% in Q3. Furthermore, the bank also noted that its reserves had risen to $417 million. This is despite having released some of its reserves “due to an improved macroeconomic environment and lower credit card balances”.

A Tale of Two Trend Lines 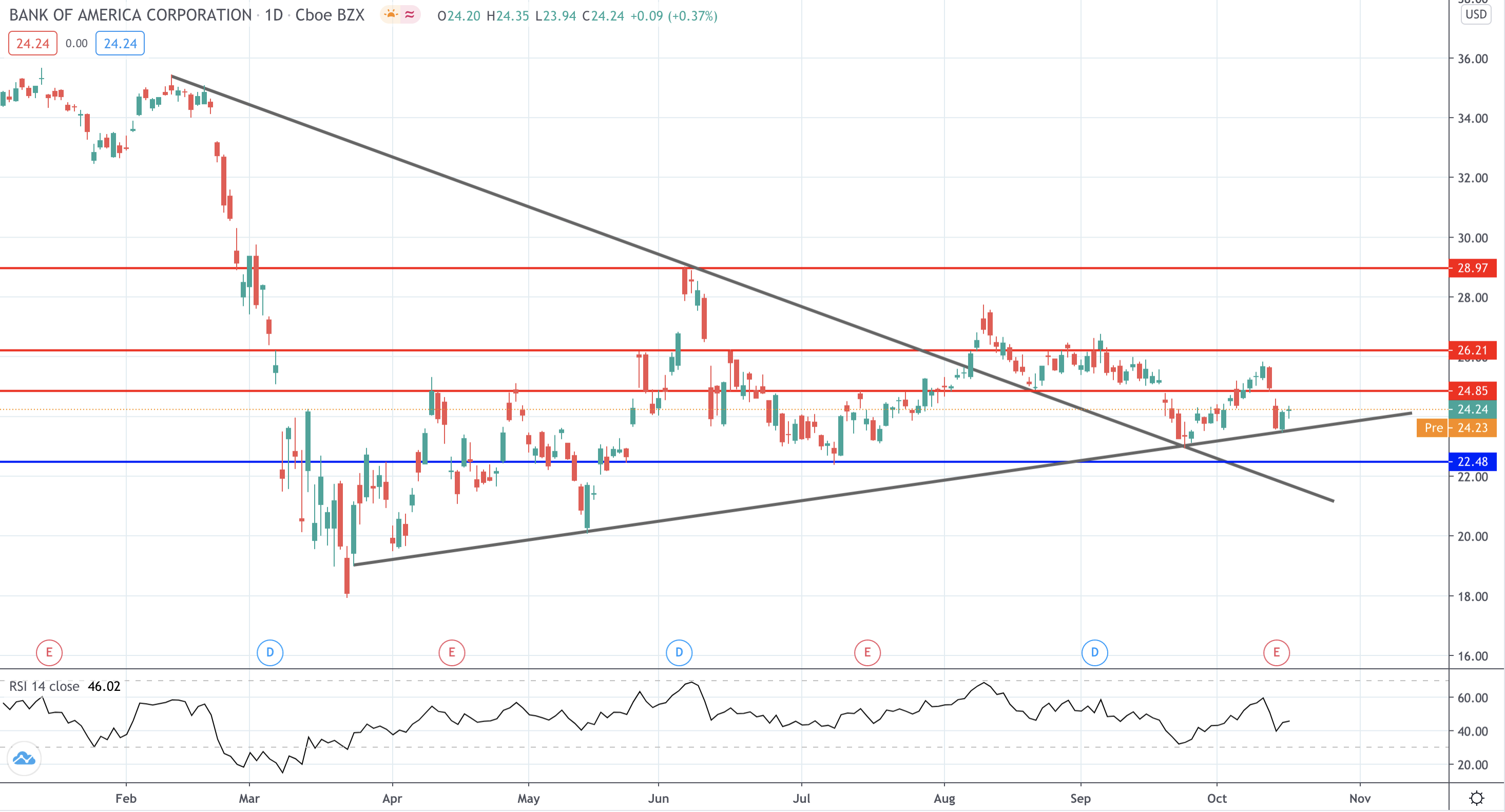 Following the breakout above the bearish trend line from 2020 highs in August, shares in Bank of America have reversed lower over the last two months. For now, price is being underpinned by rising trend line support following a retest of the broken bearish trend line ahead of the 22.48 level. While above here focus is on a continued push higher. Bulls will be looking for a break above the 26.21 level to regain upside focus.

EURUSD Rises on a Weaker Greenback