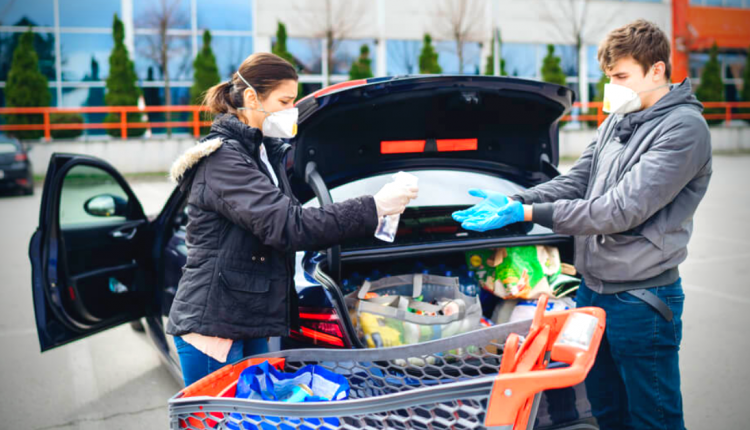 It seems like almost daily, governments are announcing new spending programs, many of which are the largest in history.

US debt is expected to balloon to levels not seen since WWII. Central Banks have taken off almost all limits on asset purchases, throwing trillions of dollars into the market in hopes of staving off a depression.

Traditional economics would suggest that, with that amount of deficit spending and cash injections, irrevocably, there will be inflation in the near future. Of course not while lockdowns are still in place, but when the economy finally starts to take off.

Simple supply and demand will lay down the law. Many argue for a period of stagflation, with anemic growth as we cope with the virus, while the massive supply of money causes prices to shoot up.

There Are Two Sides to Every Argument

Others argue that we are in for a prolonged period of deflation. Of course they, too, have good reasons to support their position. First, the historic record.

Following the last great financial crisis, interest rates were cut near or into negative territory. Central banks went on a buying spree in a desperate attempt to get inflation to rise. But, it didn’t, for the most part. Japan seems to have been running this “experiment” the longest.

There are also some present-day indicators that would support this thesis. The price of oil, for example, has been driven to historically low levels due to lack of demand. Low oil prices reduce costs for transportation and energy, helping to keep prices low. Similar patterns are also seen in other commodities.

At this point, it’s anyone’s best guess. There is a bit of a deeper technical analysis that we can do, and that is how the same policy can have opposite effects depending on how long it’s applied.

We widely consider deficit spending (the main form of stimulus) to be supportive of the economy… in the near term. If more money is available, especially in a period of illiquidity, then you can help push the economy forward by increasing demand.

The problem is that over a period of time, the economy will adjust to the extra cash, and that’s where you get inflation.

So, why didn’t we have inflation from QE? There are two main reasons that we tend to ignore.

The first is that few people had access to the “cheap” loans offered through the central banks. And, those that did, generally used the loans to save, whether that was in the form or share buybacks, paying dividends, or buying up assets.

Secondly, we have US, EU and Japanese QE. While intended for the domestic economy, these prompted cash flows to emerging markets as part of carry trades in search of any kind of ROI in a low-interest environment. So, while a lot of money was made available, it was made available to consumers on a limited basis (low-interest mortgages).

Will it be Different this Time?

Following the subprime crisis, fiscal and monetary policy was geared towards bailouts for too-big-to-fail corporations and supporting the financial markets.

This time, there has been some spending in the form of assistance to consumers. However, many see it as paltry and insufficient.

In the end, inflation is driven primarily by consumer demand.

If consumers are hesitant to spend due to fear of catching the virus or because they lost their jobs, central bank asset purchases won’t push up prices no matter what the economics books say.