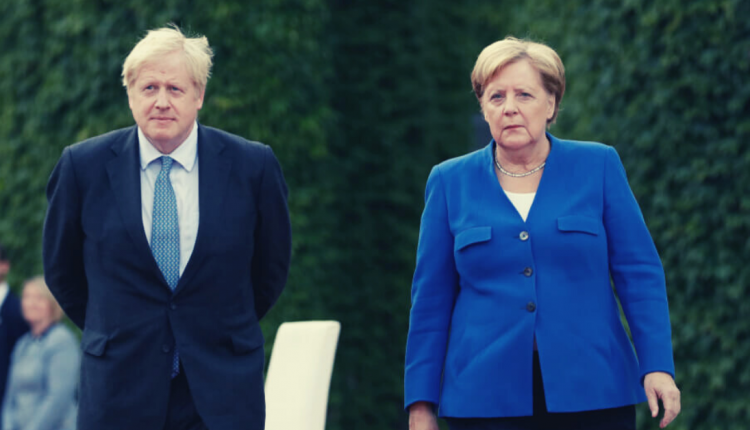 This week we have two major economies reporting their GDP numbers for the first quarter.

First up is the UK, and then we have the euro area numbers. But what really moves the market is the report from Germany. These are the preliminary, or flash, results, though they might be adjusted later in the final reading.

With all the news about COVID-19, we’ve kinda forgotten about Brexit. But negotiations on that deal (or potentially lack thereof) has restarted again this month.

At the start of the week, German negotiators were expressing frustration as the UK refused to budge on the deadline for (definitely, and for real this time,) leaving the EU.

Meanwhile, the UK is also stepping up talks on a trade deal with the US. This, of course, is assuming that eventually, travel restrictions will lift around the world.

Yesterday UK Prime Minister Johnson announced a plan to open the UK’s economy in several steps by the end of June. However, many found the plan confusing, and others fretted about the long timetable compared to other economies on the continent.

Germany had already eased restrictions several days ago, but early on Monday, the Robert Koch Institute warned that transmission rates had increased in the country.

This wasn’t the first time that this has happened, however. We’re in that somewhat uncertain period where governments are trying to reopen their economies, and we don’t know how well it will go.

That puts extra pressure on getting some good economic numbers to keep risk sentiment happy.

What We Are Expecting from the UK

Wednesday morning has a bunch of key UK data coming out all at once. This time around we want to pay attention to the UK Quarterly GDP change.

Expectations are for this to drop to -2.0% growth, from flat in the prior quarter. This would mean the UK only technically didn’t fall into recession by the end of March. Monthly (that is for March) GDP is also important, and analysts are expecting it at -7.0% compared to -0.1% in February.

The UK was rather late to the economic impacts of the anti-covid measures, as initially, the government was considering measures similar to those implemented by Sweden.

The first two months of the quarter saw largely normal trading for most UK businesses. However, March saw a rapid downturn, even if the government hadn’t implemented measures yet.

As such, the expectation is for the results to be depressing, but not as bad as on the continent.

Expectations for the Euro Area

On Friday, we get first the release of German Q1 GDP.

This usually sets the tone for expectations for the whole eurozone, and where we get the largest market move. Germany also is just technically avoiding officially falling into recession.

As for the eurozone, we already had the preliminary figures, so the expectation is to simply repeat those results: quarterly GDP growth at -3.8%.

Germany started taking measures to control the spread of the virus quite early, with many companies undergoing voluntary 2-week shutdowns as early as February. This has led some analysts to speculate they will have a larger drop in Q1 than anticipated, but will perform better than their peers in Q2.

Germany has pledged nearly 50% of its GDP to support the economy, one of the largest stimulus packages in the world.