The target is the extension of the trend line connecting waves (A) and (C).

Completing the triangle could set prices off in wave ⑤ near 1828.06, where wave ⑤ will be equal to half of wave ③. 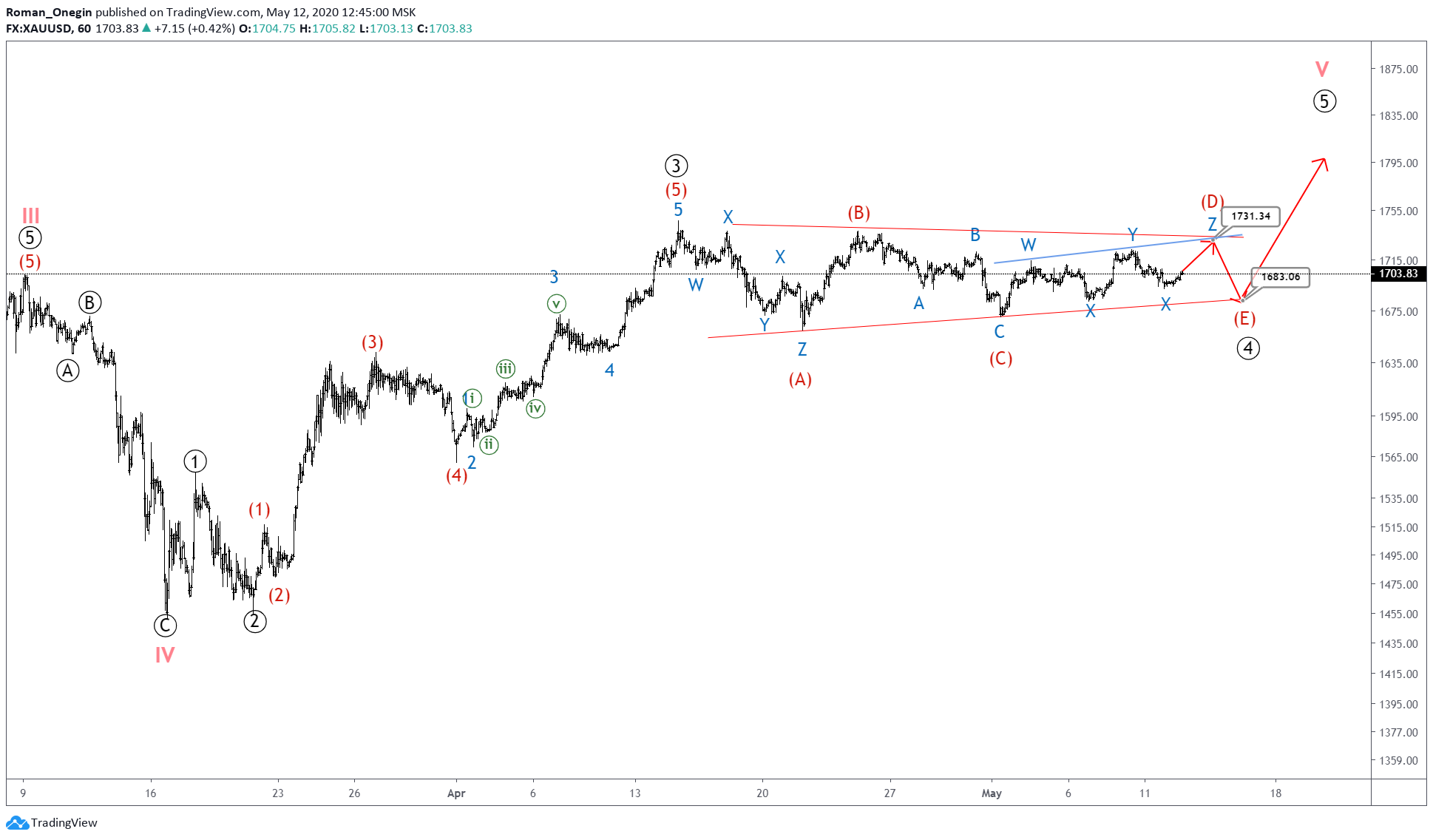 If this hypothesis is correct, wave (D) can take the form of a triple zigzag W-X-Y-X-Z.

Thus, we could expect the pair to rise in wave Z near 1731.34. The target is the trend line extension connecting waves W and Y of the zigzag.

Then, prices can be expected to weaken in wave (E) near 1683, which is the triangle’s trendline support line.