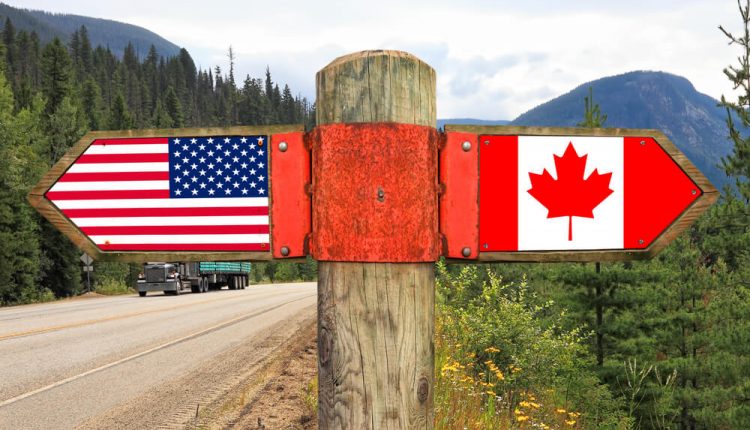 Reiterating the statement from January which was largely unchanged, the central bank said that while it expects more rate hikes in the medium term, some level of accommodation in the monetary policy was required.

The markets viewed the central bank’s statement as being dovish with some noting that the central bank is expected to maintain this dovish stance until trade related factors give a more clear signal.

The Bank of Canada hiked interest rates three times since the first rate hike in July. Initially, the markets were hawkish in the pace of rate hikes, but this expectation diminished as the trade talks pertaining to NAFTA and a recent stretch of weak economic indicators dampened the outlook.

The Canadian dollar was also hit by the uncertainty especially on renewed threats from President Trump’s proposed protectionist views. Acknowledging the influence of policy decisions in the U.S. to which the export markets in Canada are heavily exposed to, the central bank, in its monetary policy statement noted that “trade policy developments are an important and growing source of uncertainty for the global and Canadian outlooks.”

Last week, President Trump announced that he would impose global tariffs on steel and aluminum imports which quickly sparked off strong reactions from the international markets. On Canada, Trump said that it could get a better deal if it agrees to the U.S. terms as it renegotiates the North American Free Trade Agreement or NAFTA.

Canada is lobbying to get an exemption on export tariffs to the United States.

In a separate report, Statistics Canada reported that Canadian exports and imports had fallen sharply in January. This marked a continuous run of disappointing economic data for the region which comes mostly on account of the uncertainty from trade talks.

The data clearly showed the potential impact if Canada and the U.S. along with Mexico fail to get good terms on trade. Unfavorable terms of trade could potentially disrupt Canada’s export market which could in turn make it difficult for the Bank of Canada to keep hiking interest rates, despite the fact that inflation continues to rise steadily.

On the housing markets, the central bank said that the strong data in 2017 meant that some demand was pulled forward ahead of the new mortgage rules that could make it harder for buyers to get the required financing.

Overall, the conclusion to the fact that Canada holds interest rates steady was that the Bank was in no rush to hike interest rates and was likely to take a wait and watch approach until the clouds of uncertainty in regards to trade related talks are lifted.

The Canadian dollar was seen weakening against the U.S. dollar following the BoC’s interest rate decision. The currency pair however reversed some of those losses following President Trump’s announcement of exempting Canada (along with Mexico) from the newly imposed tariffs on steel and aluminum.