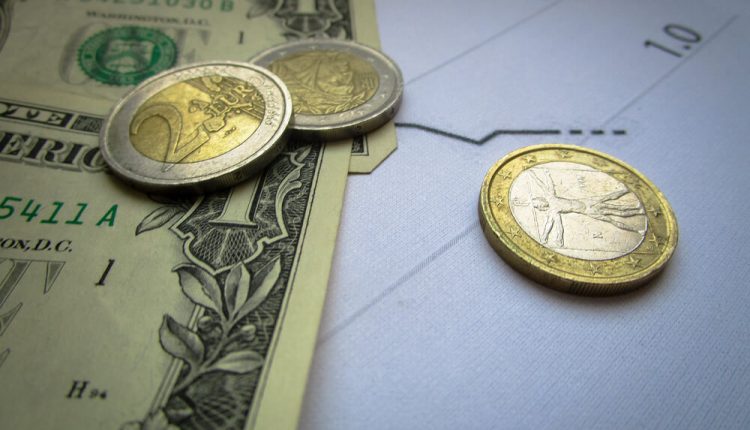 The euro currency was seen recovering from the slump last week as price action once again posted a strong reversal with the common currency seen testing a fresh three year high last week.

As the EURUSD posts fresh highs it’s viewed that gains in the EURUSD came about as economic data from both sides continued to paint an upbeat picture. However, the prospects that the euro area economic recovery continues to rise at a steady pace has prompted investors to bid up the euro.

Last week’s data from the United States showed that consumer prices surged strongly. Headline inflation data showed an annual increase of 2.1% in January 2018 which was also supported by an uptick in the core CPI. While core PCE remains the Fed’s key gauge of inflation, the fact that core PCE often lags the CPI data shows the potential for an increase across all measures of inflation.

This was further evidenced by the fact that the U.S. PPI was also seen coming out stronger. Producer prices in the U.S. rose to an annual pace of 2.7%, beating estimates of a 2.5% increase.

Despite the upbeat numbers from the U.S. the policy uncertainties from the Trump led government has kept investor optimism in check. Following last week’s data, the futures markets responded by assigning a near 80% probability for a rate hike as early as March.

This week’s FOMC meeting minutes could potentially cement this view. However, question still remain as to whether the new Fed Governor, Jerome Powell will kick off his first FOMC meeting with a rate hike.

Various GDP trackers in the U.S. already point to a solid above 3% growth in the first quarter of 2018 which further validates this view.

Lower economic and political risks for the eurozone

For the EURUSD, it is clear that investors prefer the common currency to the U.S. dollar which has been in a strong downtrend. While the economic risks are certainly lower, the next biggest challenge for the euro currency will be the coming Italian elections.

But compared to the elections held last year in Netherlands and France, the impact and the risks is expected to be far lower. More recently, the fact that the Angela Merkel led CDU/SPD alliance to form the government has also brought some confidence among investors.

Economic data from the Eurozone also remains upbeat with last week’s revised GDP confirming that the Eurozone economy advanced at a pace of 2.5% in 2017. This marked the fastest pace of increase in nearly a decade.

Meanwhile, the ECB continues to play sport as officials mull over changing the language of the ECB’s forward guidance. This week, the ECB meeting minutes will be released and the minutes could potentially reveal any upcoming changes to the central bank’s language on forward guidance.

From a technical perspective, the currency pair experienced a strong reversal last week as the EURUSD posts fresh highs. But, further gains could be capped as price approaches the key multi-year falling trend line. While this could see a temporary pause to the rally, the fact that the EURUSD cleared the major resistance level could indicate limited downside in the currency pair.

In the near term, the EURUSD remains a favorite with any dips in the rally likely to turn into buying opportunity.