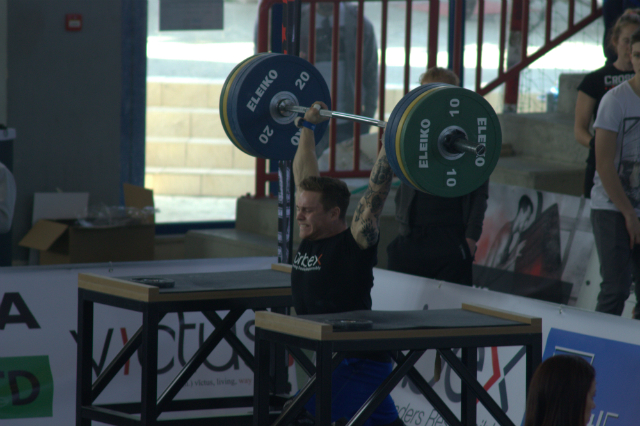 Orbex is talking to the Orbex Athlete and ‘WODWARS’ Fitness Competition winner, KLAUS UGGERHØJ. He spent in Cyprus only 36 hours, and during this time he managed to become a winner of the ‘WODWARS’ Europe 2015, enjoyed  the warm Cyprus weather and has already decided to come back!

Klaus, what were your first impressions of Cyprus? And what do you think about Cyprus CrossFit movement?

It was my first time visiting Cyprus and I immediately became a fan of the warm weather. During this time of the year in Denmark, we are used to cold wind, icy roads and sometimes snow. So it was really nice to have a short get-away from all these, even though I was in Cyprus for only 36 hours.

Tell us a bit about this competition. Was it as you were expecting it to be?

Again, I was surprised how well organized the event was. The critical factor in any CrossFit competition is often to keep the time schedule, especially when there are a lot of divisions that are competing. This was well kept at ‘WODWARS’ Europe 2015 – respect for that. The judges did a good job as well, and the ‘Eleiko’ equipment was impressive too.

How were you preparing for the competition? How many competitions did you participate in this year?

I have participated in training camps in Iceland and Copenhagen, which have benefited me a lot. Besides ‘WODWARS’, I have competed in the Meridian Regionals and a few local competitions in Denmark. Because of the injury, I was not able to compete as much as I wanted to. Hope that will change in 2016!

Are you satisfied with your competition results?

I am not satisfied with my results at the Regionals. My body did not respond well to three days of competing, but it was an educational experience for me. I am of course very satisfied with my first place at ‘WODWARS’ this weekend. Nice to see that the hard work is paying off. I was actually lucky that I was able to compete, as I was injured 4 weeks before the competition. The day of the competition was the first day I could train pain-free. Maybe the adrenaline helped a little.

How are the relations between the athletes? Do you support each other during the event or you see each other more as competitors?

If you compare CrossFit to many other sports, it is clear that there is a much more community-characterized atmosphere in CrossFit competitions. Everyone was friendly and we had a good time together even though we were competitors. We see each other as friends rather than enemies.

How did you find the audience support during the event? Did you feel the support?

As the competition was getting more intense, as in every competition the audience became more involved. During the last events, you could definitely feel the support, which I am thankful for.

What was the most exciting part of the competition for you?

That was definitely heading into the last event, where I was tied for the first place with my Polish friend Bartek (Lipek Power) Lipka. He is one of many good athletes, so that was a tough competition.

What do you think about Orbex’ #TradeFit initiative?

After meeting with nice people from Orbex at the competition, I have a very good impression of the organization. As an economics masters student, I am a big fan of the #TradeFit campaign. Mixing business with fitness is a concept, which I hope to see more in the future. It can definitely benefit both worlds in different ways.

How do you feel about Orbex Sponsorship?

The Orbex sponsorship has just started and I am very excited for it. They show a great interest for the sports and I have great respect for that. I am looking forward to further cooperation with the company and hope to come back to visit them in Cyprus in the near future.

What are your plans for the next year? Are you planning to come to Cyprus again?

My plans are to keep training and have fun with it. I want to improve this year’s result at the Regionals and prove that I am capable of achieving more. To reach this goal, I will have to focus more on keeping myself injury free. I would also like to compete in other international competitions, as well as in ‘WODWARS’ Europe 2016. So yes, I am planning to come back!

Do you have questions to Klaus? Ask him in the comment section below!