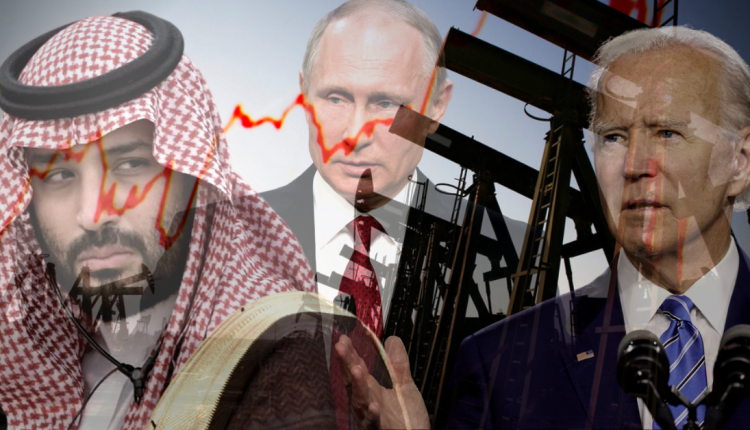 If the economy doesn’t return to normal during the course of next year, it will have at least made substantial strides in doing so.

As people start flying again, get back on cruises, and take holidays, demand for fuel and energy is expected to return to pre-covid levels.

Therefore, we can expect the prices of oil, both Brent and WTI, to recover.

But there might be some kinks in that rosy outlook, especially for WTI thanks to the new political winds in Washington.

OPEC+ is Back to Normal

… and by that, we mean that they are arguing with each other about production targets.

2020 marked a period of instability for OPEC. Crude producers jostled with each other all year for market share and political influence.

In fact, if it weren’t for covid choking off demand and forcing the WTI ETF into negative territory for the first time in history, it’s likely that OPEC might not have agreed on anything this year.

With the vaccines rolling out, the shaky truce that has kept production cuts in place is likely to end soon. It’s already fraying at the edges.

Just this Tuesday, Russia insisted on raising production on their end by 500K barrels per day starting in February.

So, OPEC is already scheduling monthly meetings starting in January to try to head off disagreements.

Up is Not Down…

The reality is that most oil-producing countries are desperate for cash infusions after massive stimulus spending over covid.

Each will want to raise their own production to gain market share and get the cash infusion. Even if that means producing at a loss in the short term, in some cases.

However, still, even if demand were to slowly recover due to economic reactivation, there is more than enough production capacity to significantly outstrip demand.

In fact, we saw this happen at the beginning of the year. So oil bulls will be hoping that Saudi Arabia and Russia don’t decide to go head-to-head production-wise in 2021.

So Iran, Biden, and US fracking?

As if the Russia-Saudi issue wasn’t complicated enough, enter the new Biden Administration.

First is their desire to return to the Iran denuclearization deal that allowed the country to produce and sell more oil.

That won’t make US allies like Qatar, Saudi, Iraq, or Kuwait, happy.

One of the ways to temper Iranian influence in the region is to keep crude prices low since their production costs are higher than their regional competitors.

Meanwhile, Biden has been, at best, ambivalent about what he’d do with fracking, the largest component of fossil fuel production in the largest producer in the world.

On the campaign trail, he promised to both stop all fracking, and not stop fracking, to different crowds. At one point he clarified that he would stop all fracking on Federal lands – but that accounts for only 9% of the proved fossil fuel reserves.

And with Canada going full steam ahead with fracking, that’s just a drop in the bucket.

The bottom line is that with so much state control over crude production, politics trumps the market when it comes to crude prices.

And there are a lot of political reasons to increase supply faster than demand.

GBPUSD Could Devalue in Bearish Impulse