GBPUSD Could Devalue in Bearish Impulse 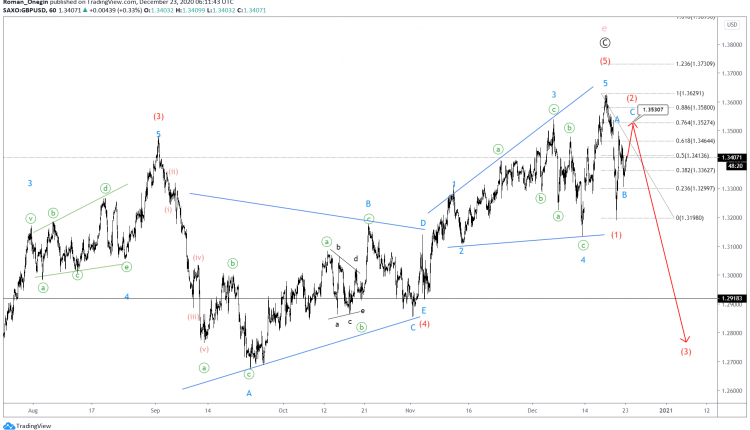 GBPUSD seems to have formed a cycle degree wave e that consists of primary corrective sub-waves Ⓐ-Ⓑ-Ⓒ. Wave e is part of a large triangle.

After the completion of the minor zigzag A-B-C, we can expect that wave (3) will lead the pair below 0.5468. This is the endpoint of the contracting triangle (4). 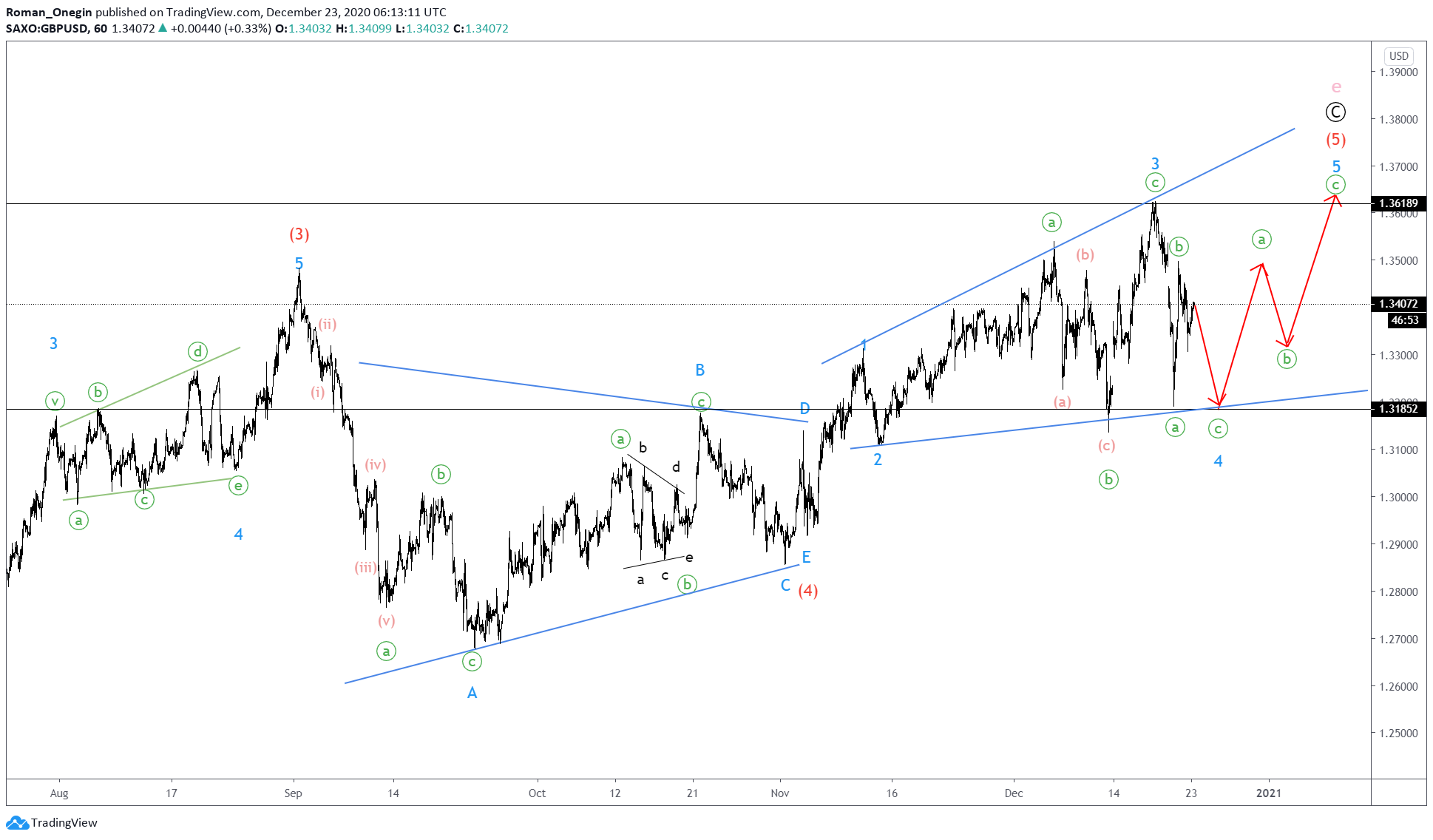 An alternative scenario would have an incomplete cycle wave e. Its last primary wave Ⓒ can take the form of an ending diagonal 1-2-3-4-5.

If this hypothesis is correct, then in the short term, we expect that the minute impulse ⓒ will lead to a decline in prices near 1.318, this is the minimum that the wave ⓐ formed.

Then, prices are expected to rise in zigzag 5 above the maximum formed by the minor wave 3, that is, above 1.361.

The Best December Trading Opportunities Before 2021