By How Much Will The Fed Hike Tomorrow? 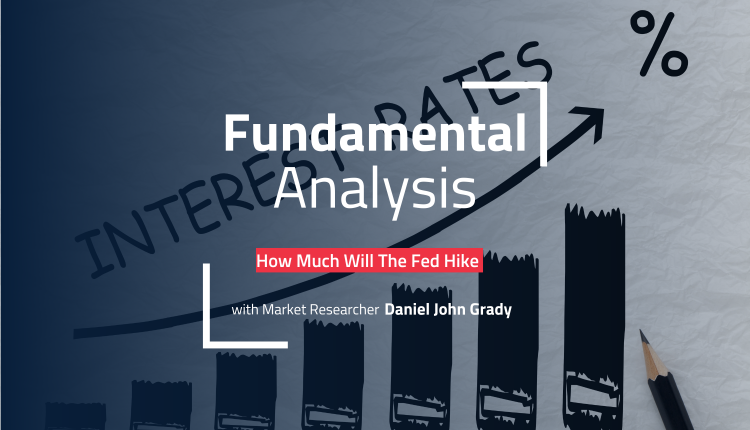 Since the last Fed meeting, there have been some pretty wide variations on expectations. Initially, it was thought that the Fed’s latest 75bps hike was a one-off. Then inflation data came out, and that changed the calculus, with a bunch of exports expecting as much as 100bps hike. But comments from Fed officials sort of downplayed that possibility.

There is another wrinkle here in that the Fed has an extra information advantage the market doesn’t have. US Q2 GDP data is expected to be vital to understanding the economy’s dynamics, but traders won’t get that release until the day after the rate decision. But the Fed is likely to have at least a preview of those numbers when making its decision. For that reason, it’s harder for the market to come to some kind of consensus on what to expect, which means we could have extra volatility.

Where the projections are

According to the Chicago Mercantile Exchange’s tracking tool, almost exactly three quarters of economists expect the Fed to raise rates by 75bps. The remaining dissenters are all betting on a 100bps hike.

The interesting thing here is that even 75bps would put the interest rate above where it was in 2018, when the Fed then had to cut rates as the economy was starting to sputter. Following the last meeting, several members came out to talk down significantly tighter monetary policy. Bostic (who’s regarded as pretty center or even a mild inclination towards hawkishness) even came out to say that 100bps would leave the markets more concerned.

The main concern the Fed has for not pulling out all the stops in fighting inflation is that tighter policy could lead to a recession. Which is why the Q2 GDP figures are so important this time around. The US already has one quarter of negative growth, so a second quarter would mean that by the most common metric, the US would already be in a recession. Seemingly in anticipation of this, the White House issued a press release clarifying the official, technical process of declaring a recession, which is a little more complicated.

The issue for monetary policy, and therefore what happens to the dollar, is what to do. If the US is already in a recession, then the Fed might no longer have to worry about causing one. That might mean doubling down on the policy to get inflation under control so that consumers recover their confidence and the recovery can get under way.

Or does it mean that the Fed will take a step back in fighting inflation, in order to mitigate the effects of the economic downturn. Or to hold off on tighter policy until the situation improves.

And, of course, there is the very real possibility that Q2 GDP is actually positive, even if by a little. A recession with low unemployment, fast job creation and growing corporate profits would be somewhat unusual. But, then, the level of inflation at the moment is also unusual.

Regardless, the markets are struggling to price in the possible outcome from the meeting, so we should be ready for a strong reaction in the markets following the rate decision.