What Does FTSE 100 Rebound Mean for GBPUSD? 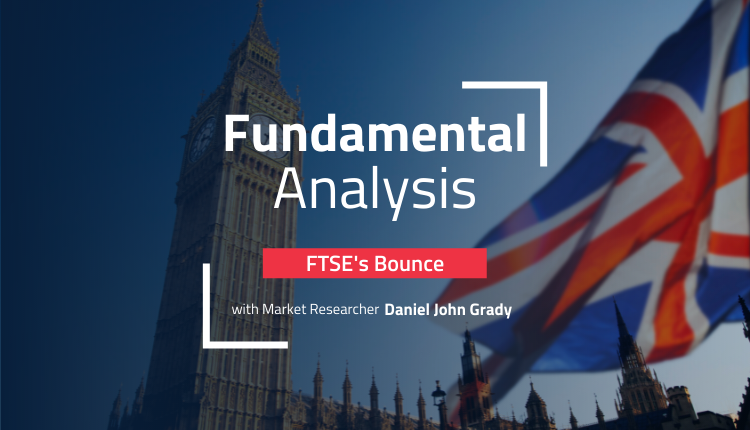 In early March, the FTSE 100 reached a post-pandemic high, practically recovering all of the losses from the prior two years.

This was something of a milestone for the index, which had been underperforming since the start of Brexit. But, it didn’t last long, as the BOE started an unprecedented rate hiking program.

One of the big issues facing the stock index is that a lot of Russian firms had listed in London to access international markets. That includes Rosneft, Evraz, and Polymetal among others. With the war in Ukraine, those shares crashed as much as 90%, dragging the index with it. Further sanctions on Russia naturally had an impact on British financial markets.

However, over the last couple of weeks, the index was able to recover almost all of its losses since the start of the war.

The UK was initially exposed to Russia in terms of direct Russian investment in the UK. Nonetheless, the island nation does considerably less trade with Russia than its continental peers. Although the UK is still vulnerable to gas prices, it does produce a substantial amount of its own gas, for example.

Analysts expect monetary tightening to impact indices as well. In fact, during the last couple of weeks, UK shares have moved higher, while EU indices have fallen. This is despite the BOE raising rates and the ECB keeping rates negative.

Unsurprisingly, the GBPEUR cross has been strengthening. Higher yields in the UK would naturally attract investors. Better performance in British equities would also likely attract investors, leading to more demand for the sterling.

The UK was largely expected to recover first from the pandemic, leading to a stronger pound that would fade as the EU caught up. However, the war in Ukraine, the sanctions, and subsequent increase in prices across Europe could mean that the EU doesn’t “catch up”.

The BOE expects the UK economy to grow by 3.6% and the ECB expects growth of 3.7% this year, which is is fairly even. Presumably, the pound would have strengthened at first, as the BOE raised rates, and then fall back as the ECB followed suit.

Where the differences lie

The increased yields in the eurozone could be an indication that European investors are selling their bonds in order to invest. But if EU shares aren’t rising, and UK ones are, it could mean that the UK could be getting capital flows from the continent. And this could continue to support the pound.