Cable Not Gaining Ground Despite Guilts; What’s Going On? 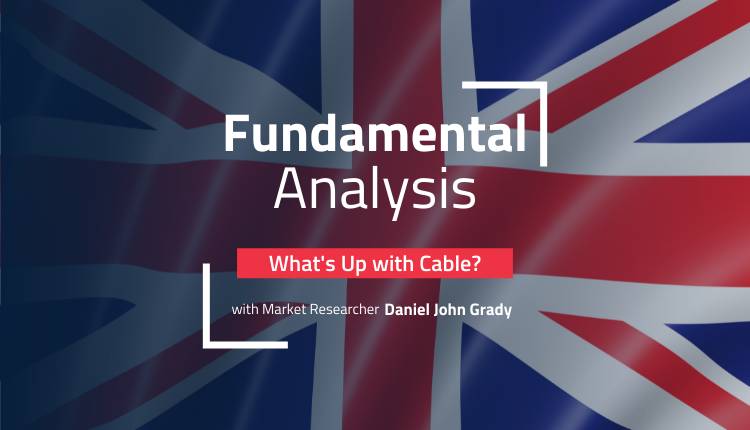 As central banks take action to fight rising inflation, monetary policy has been one of the largest drivers of forex action lately. Specifically, the difference in interest rates between countries has been driving the markets. That’s because as an interest rate rises, it becomes more valuable to hold funds in that currency, as opposed to another with lower interest rates.

If the spread in rates is enough, then it even becomes profitable to borrow in one currency and loan in another. That’s carry trading, which in the last few years of extremely low interest rates all over the world, has sort of fallen out of favor.

Nonetheless, now that yield spreads are widening, the practice is coming back into fashion, which can further push currencies.

The thing with the pound, though, is that interest rates on gilts have been rising. At least over the last couple of weeks, the pound has been falling. That’s kind of the opposite of analysts’ expectations.

On top of that, UK interest debt has been underperforming its peers, despite expectations that the BOE will continue to raise rates. Is this disparity just a little temporary hiccup, or can we expect this gap to widen? And, if so, how will that affect pound pairs?

In order to understand this phenomenon, we have to put together three important data points: inflation, growth, and money supply. They all play in tandem to affect the value of the currency.

This is at record highs and it could keep rising at least for the next quarter. Higher inflation generally weakens a currency, because it’s worth less. However, if all the other comparing currencies have similar rates of inflation, then the effect is minimal.

Despite hawkishness by the BOE, the money supply in the UK continues to grow. In fact, in February it grew by 1.0% over the prior month. If the amount of money is growing, and everything else is equal, then inflation would increase.

The wild card is monetary policy. As inflation rises, the expectation is that the central bank will raise rates, making the currency more valuable and reduce inflation. That’s why you can get a counterintuitive move higher in a currency when inflation increases.

Where the problem lies

Monetary policy offsets the effect of inflation only if the rise in interest rates is bigger than inflation, and is enough to push down inflation.

But, that means that the economy could grow slower, and also increase the potential for inflation. So, an initial move by a central bank to fight inflation could lead to a stronger currency. That effect could, however, fade quickly if there is concern that the economy might be affected.

And that appears to be the issue with cable at the moment.

On Monday, the BOE’s Bailey said that the bank would do more to address inflation, but did warn that there was evidence of an economic slowdown. He also commented on the high level of economic uncertainty, implying that the BOE might be a bit more dovish. So, that could weaken the pound despite higher interest rates.