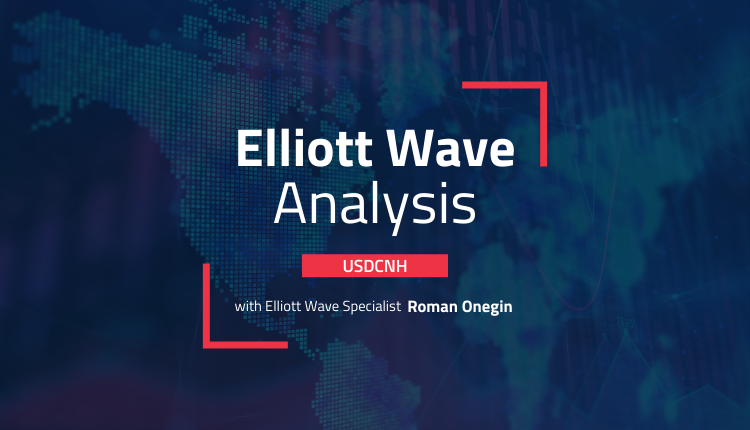 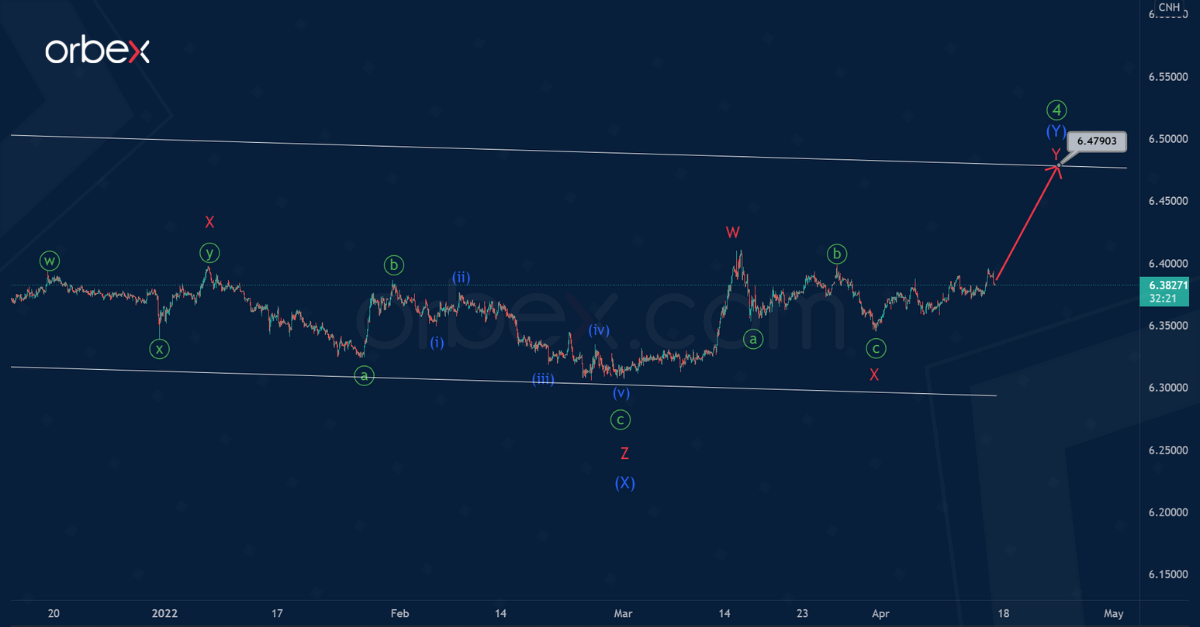 USDCNH suggests the construction of a large bearish impulse that consists of primary sub-waves ①-②-③-④-⑤.

On the current chart, we see a correction movement within the primary wave ④. This wave takes the form of a double three (W)-(X)-(Y) of the intermediate degree. The first two have ended, and now the formation of the final actionary wave (Y) is taking place.

It is likely that the wave (Y) is a small double zigzag W-X-Y. Whereas the actionary minor wave W and the intervening wave X are already complete.

The price increase could end at the level of 6.479, located on the resistance line. 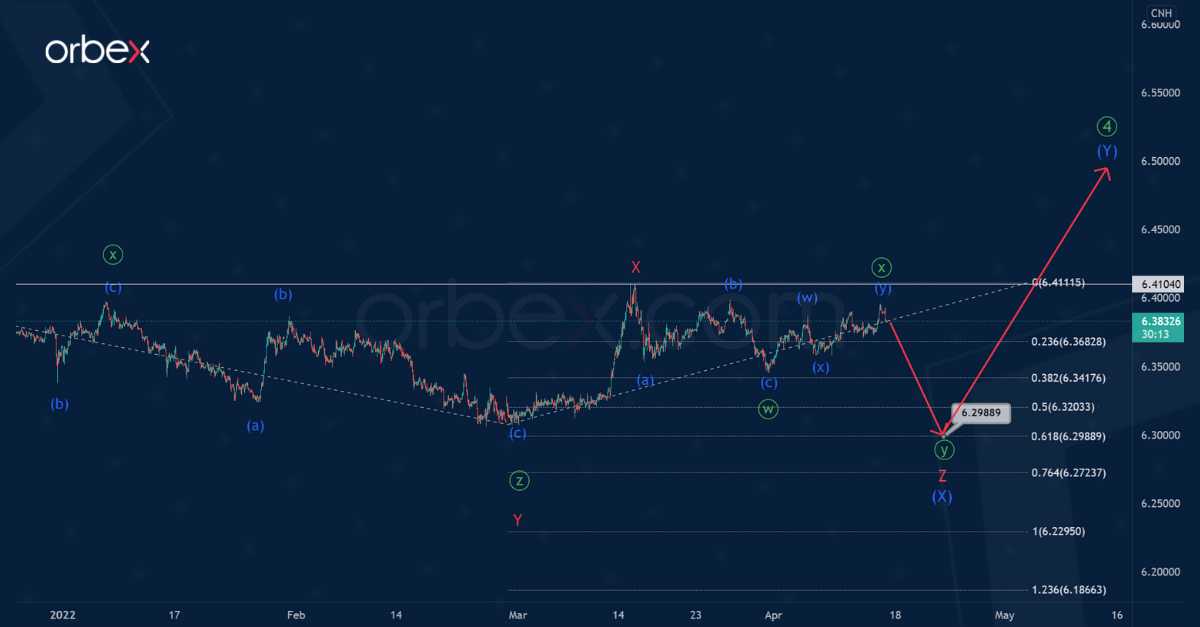 In an alternative scenario, the intermediate intervening wave (X), which is part of the primary fourth correction, is incomplete. This takes the form of a minor triple zigzag W-X-Y-X-Z.

Wave Z can take the form of a minute simple double zigzag ⓦ-ⓧ-ⓨ, for the completion of which the last actionary wave ⓨ  is necessary.