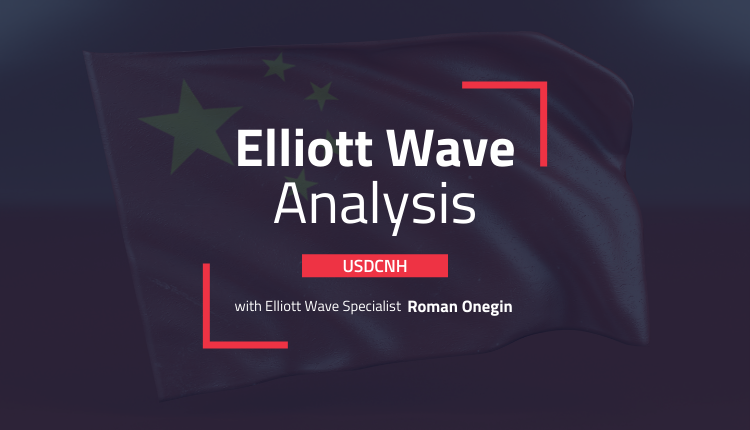 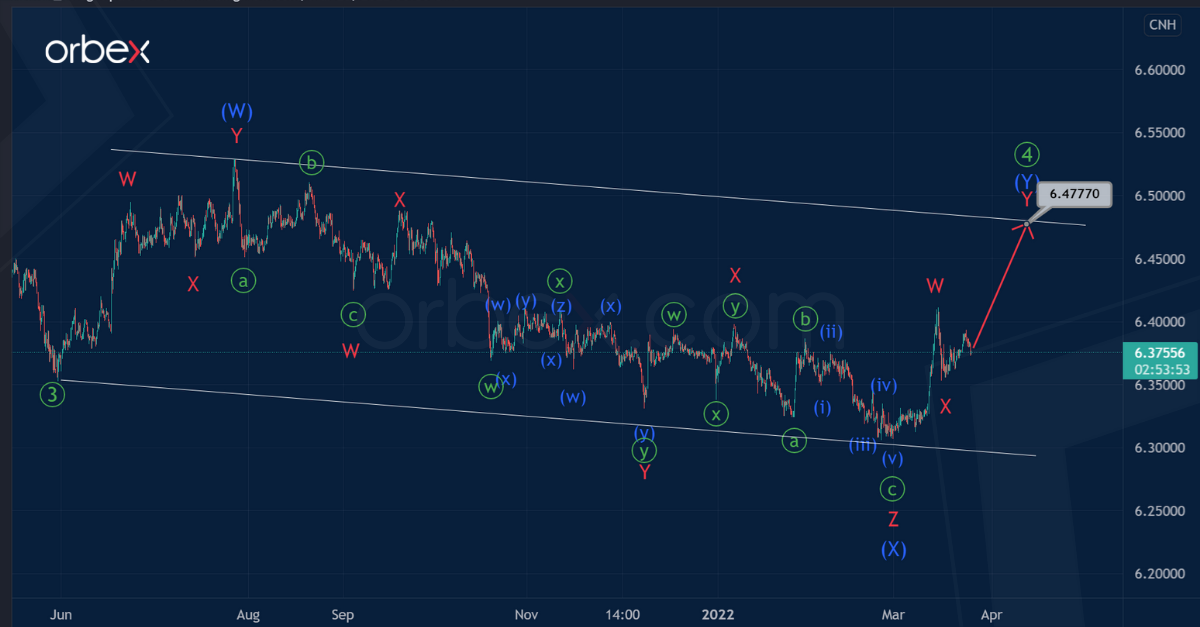 The USDCNH pair consists of primary sub-waves ①-②-③-④-⑤. In the long term, a large bearish impulse could be expected to be built.

On the current chart, we see the final section of the bearish impulse ③. After this is a complex correction movement that began within the primary wave ④. This wave seems to take the form of a double three (W)-(X)-(Y) of the intermediate degree.

Perhaps the first two parts of it are fully complete, and now the formation of the final actionary wave (Y) is taking place.

It is likely that the wave (Y) is a small double zigzag W-X-Y. This could end at the level of 6.477, located on the resistance line. 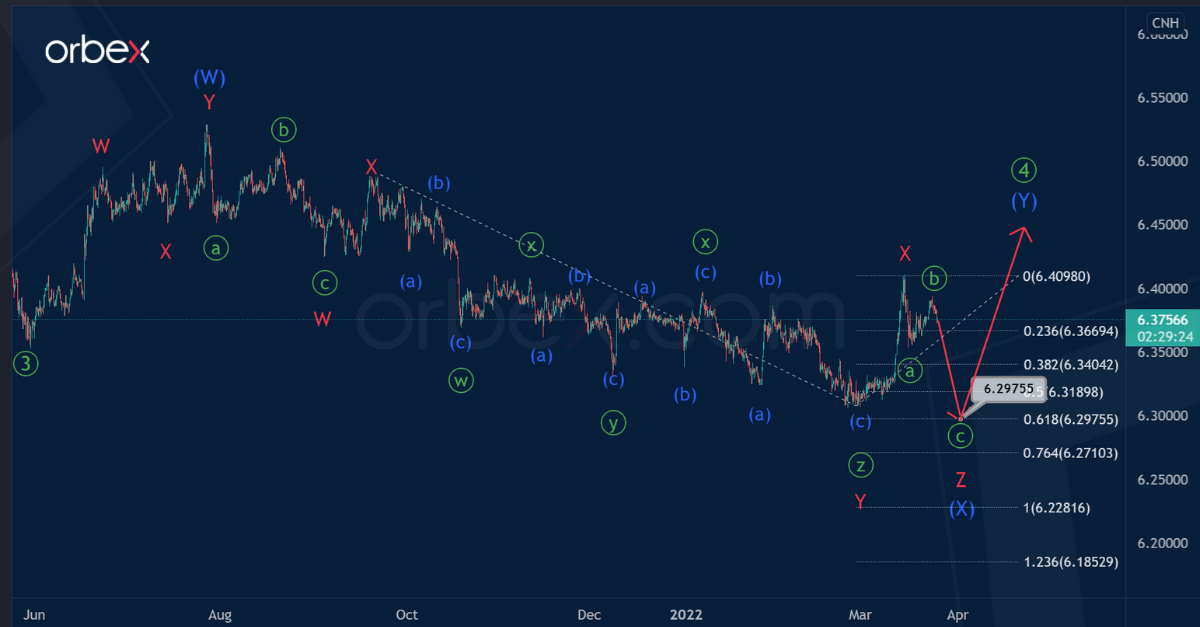 On the other hand, an alternative scenario considers the formation of the intermediate intervening wave (X). This is part of the primary fourth correction which is not yet fully complete. It takes the form of a minor triple zigzag W-X-Y-X-Z.

Most likely, if the market follows this option, we could expect the continuation of the development of the final minor wave Z. Wave Z could take the form of a minute simple zigzag and the completion would require the last impulse sub-wave ⓒ.

The price drop in the potential impulse is expected to reach the level of 6.297. At that level, wave Z will be at 61.8% of wave Y.