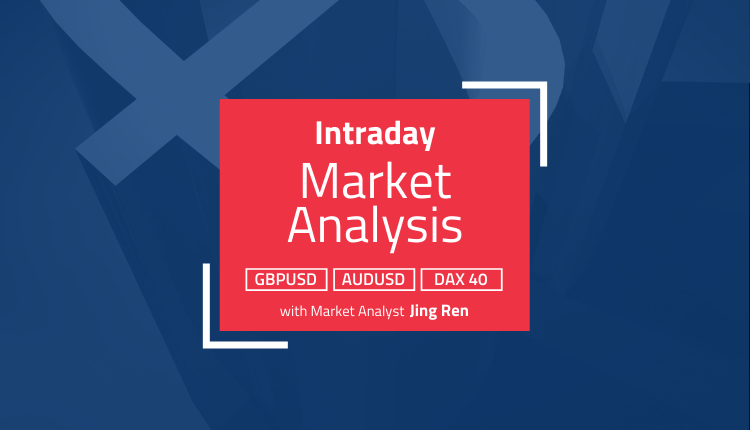 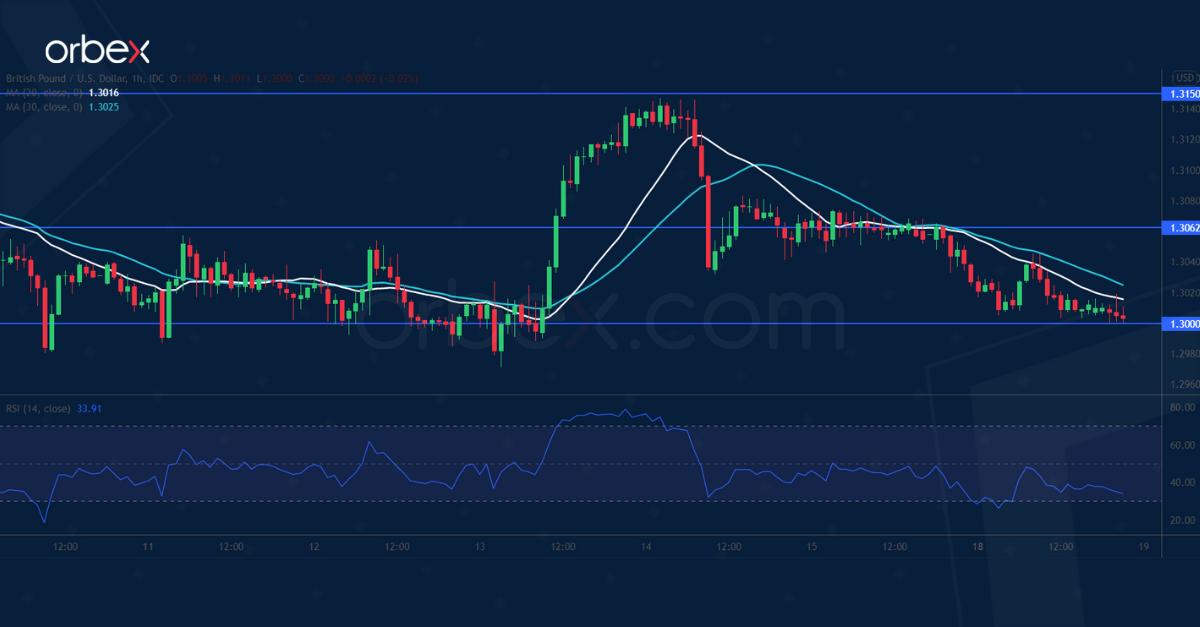 The US dollar continues upward as markets wager a 50 bp Fed hike next month. The pound’s latest rally came to a halt in the supply zone around 1.3150 which coincides with the 30-day moving average.

As the pair gives up its recent gains, the bears still retain control of the direction and seem to be ready to double down at rebounds. A drop below 1.3000 would attract momentum selling and push the pair to November 2020’s lows near 1.2860.

The RSI’s oversold situation may cause a temporary bounce towards 1.3060. 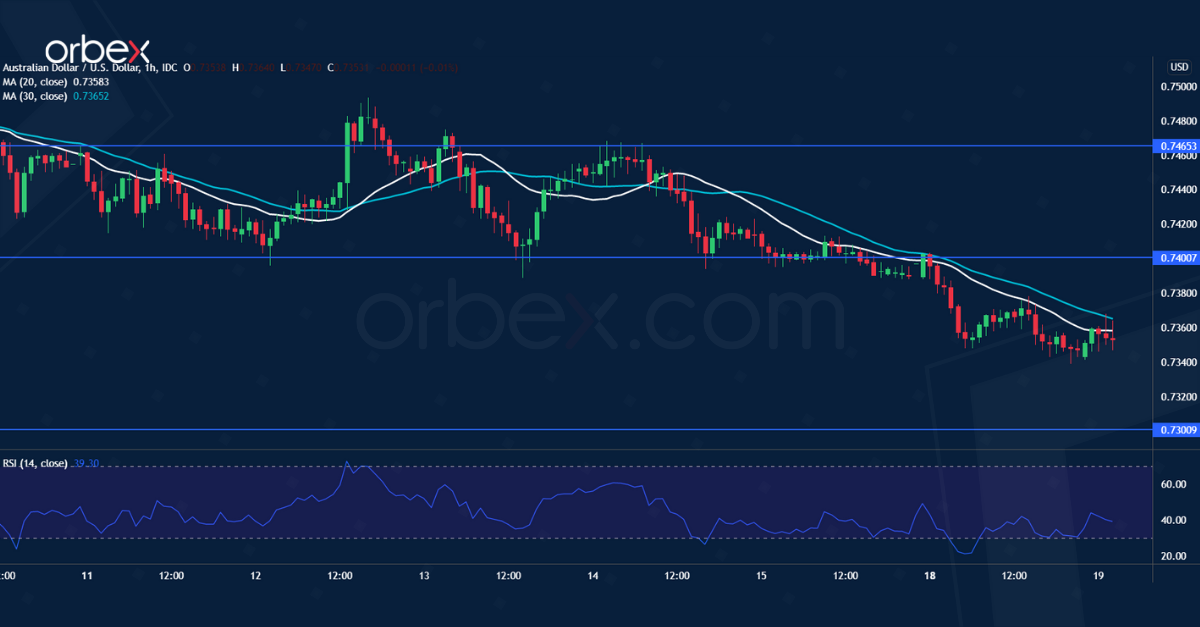 The Australian dollar remains under pressure after dovish RBA minutes. A fall below the demand zone between 0.7380 and 0.7400, which sits on the 30-day moving average, has put the bulls further on the defensive.

As the short-term prospect turns bearish, depressed offers compound the lack of bids, driving the Aussie even lower. 0.7300 would be the next target.

As the RSI recovers into the neutral area, the pair may face stiff selling pressure around the support-turned-resistance at 0.7400. 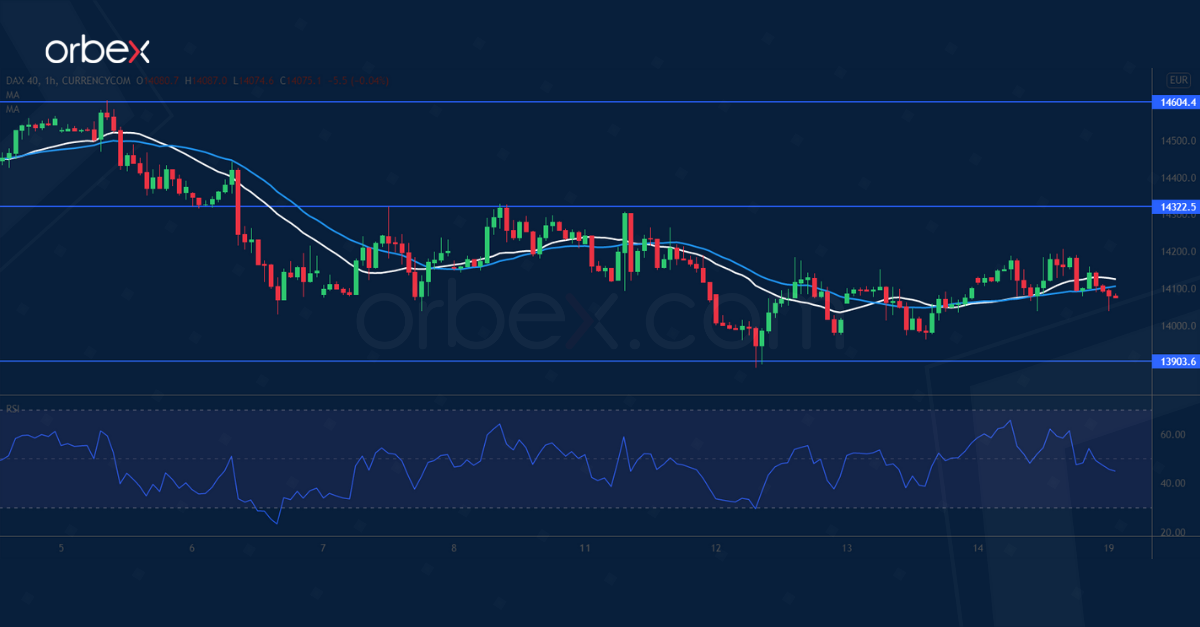 The Dax 40 retreats as risk appetite remains subdued across equity markets. The index is still under pressure after it struggled to hold above the psychological level of 14000.

The current pennant may turn out to be another distribution phase. Additionally, a break below 13900 would make the index vulnerable to a new round of sell-off.

13600 would be the next support. The bulls need to push above 14320 in order to turn the cautious mood around. Then 14600 will be the final hurdle before an extended recovery could materialize.

Another High for Crude?