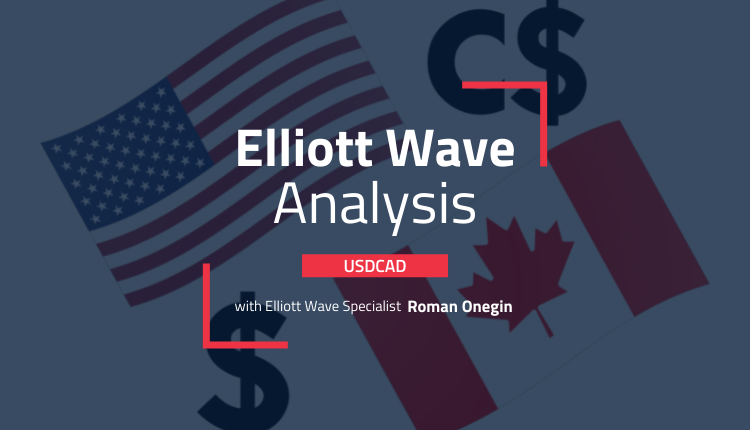 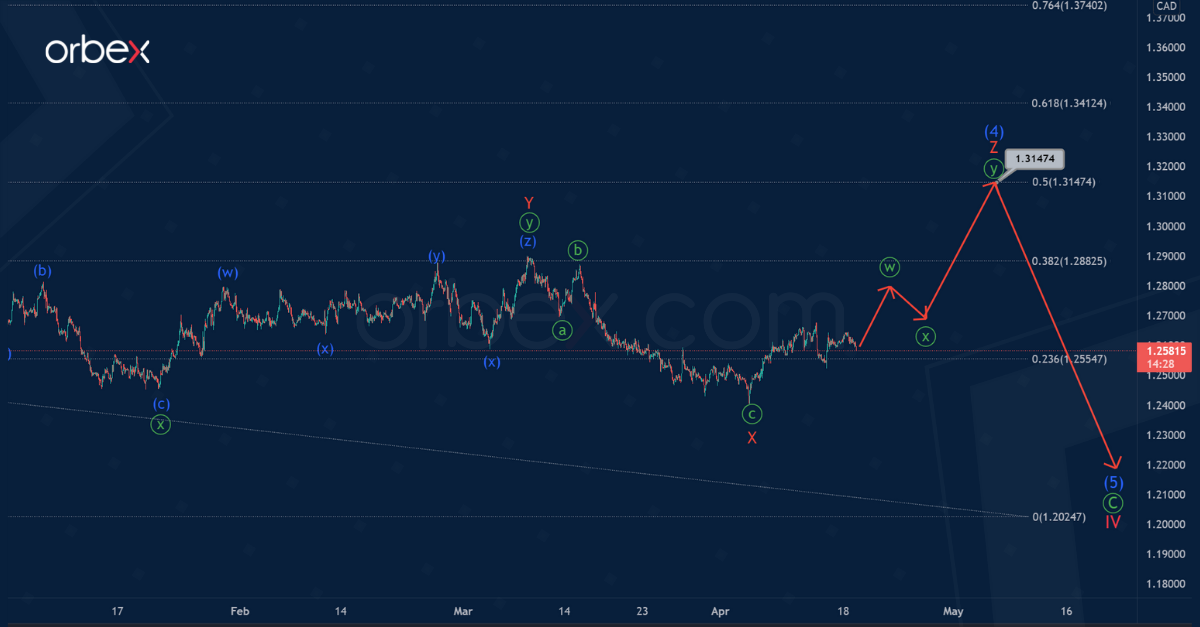 The current structure of the USDCAD currency pair indicates the construction of a large correction wave IV. This is part of the global cycle impulse. This correction consists of sub-waves Ⓐ-Ⓑ-Ⓒ.

On the current chart, we see the final part of the primary impulse wave Ⓒ. Wave Ⓒ consists of intermediate sub-waves (1)-(2)-(3)-(4)-(5). A deep intermediate correction (4) is currently developing. This can take the form of a triple W-X-Y-X-Z zigzag.

In the near future, prices could rise in the final minor sub-wave Z. This actionary sub-wave is likely to be a minute double zigzag, as shown on the chart, and will end its pattern near the 1.314 level.

At the specified price level, correction (4) will be at 50% of the previous impulse wave (3). 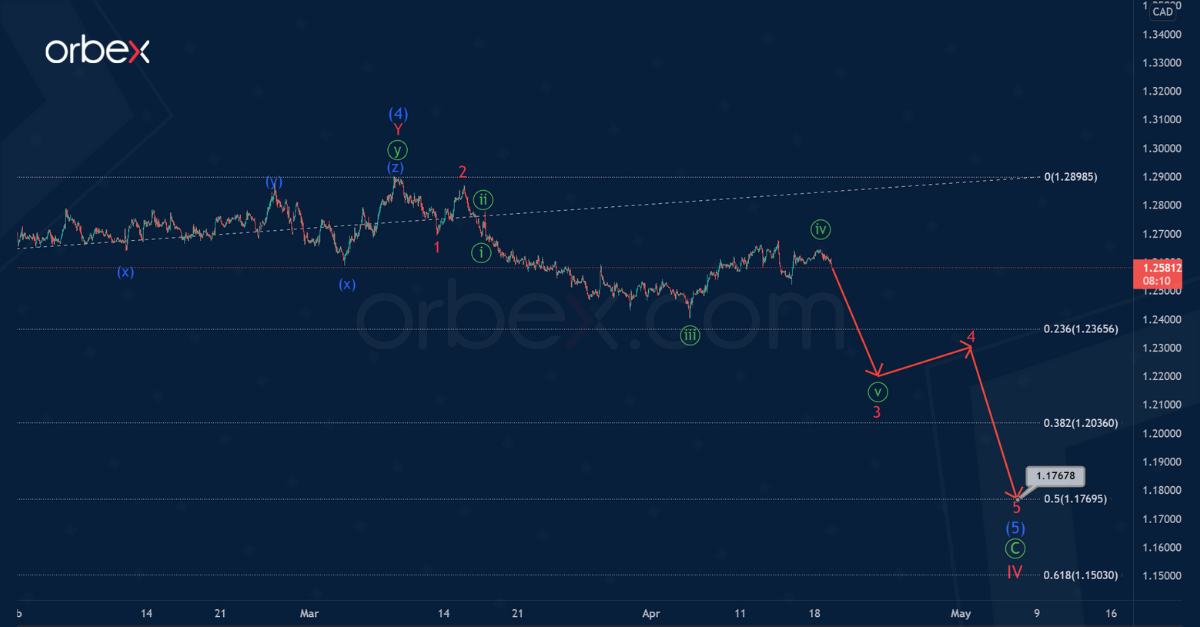 The alternative suggests that the formation of the intermediate correction (4) has ended. In this scenario, it does not have the form of a triple, but of a double zigzag W-X-Y.

Thus, in the last section of the chart, we see the development of the initial part of the intermediate wave (5), which can take the form of a minor impulse 1-2-3-4-5.

If this scenario is confirmed, then in the upcoming trading weeks, market participants can expect an impulse price decline in the 3-4-5 sub-waves, as shown on the chart. And the entire intermediate wave (5) is likely to end near 1.176.

At that level, impulse (5) will be at the 50% Fibonacci extension of intermediate impulse (3).