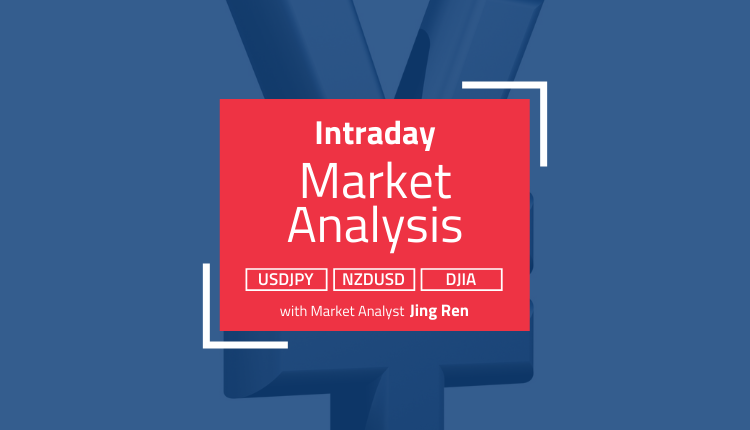 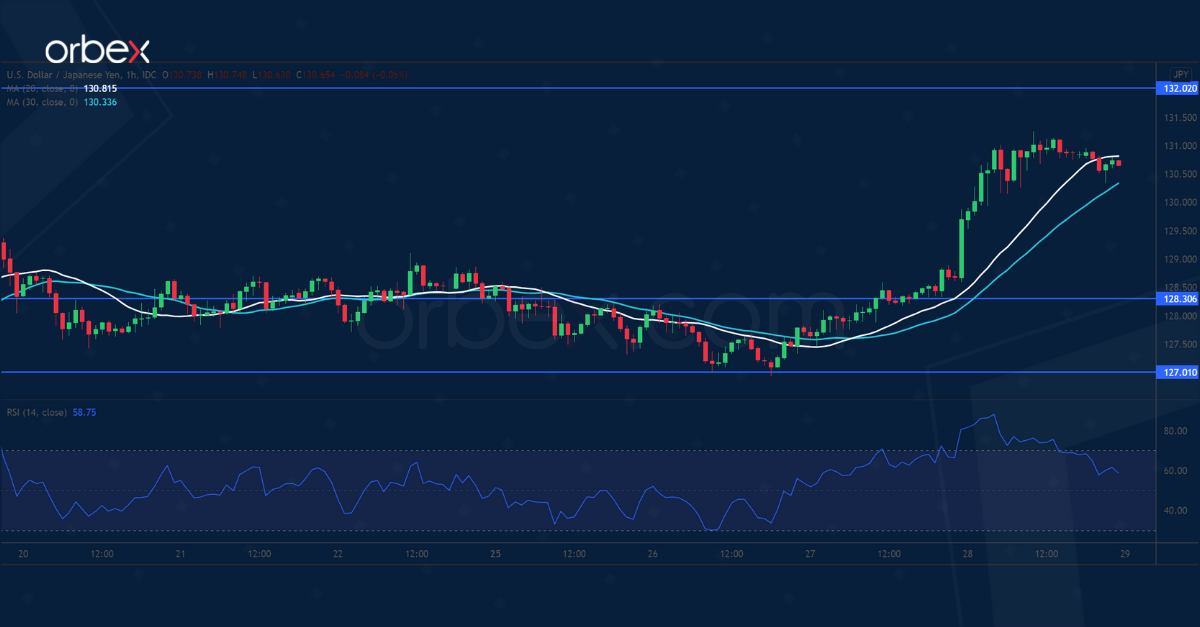 The yen nosedived after the Bank of Japan vowed to keep its interest rates ultra-low.

The dollar’s surge above the top range (129.30) of the recent consolidation forced early sellers to cover and switch sides. This breakout confirms the MA cross as an indication of a bullish acceleration.

Strong momentum suggests a combination of short-covering and fresh buying. The uptrend may resume towards 132.00 even though an overbought RSI could cause a temporary fallback. 128.30 at the base of the rally is the first support. 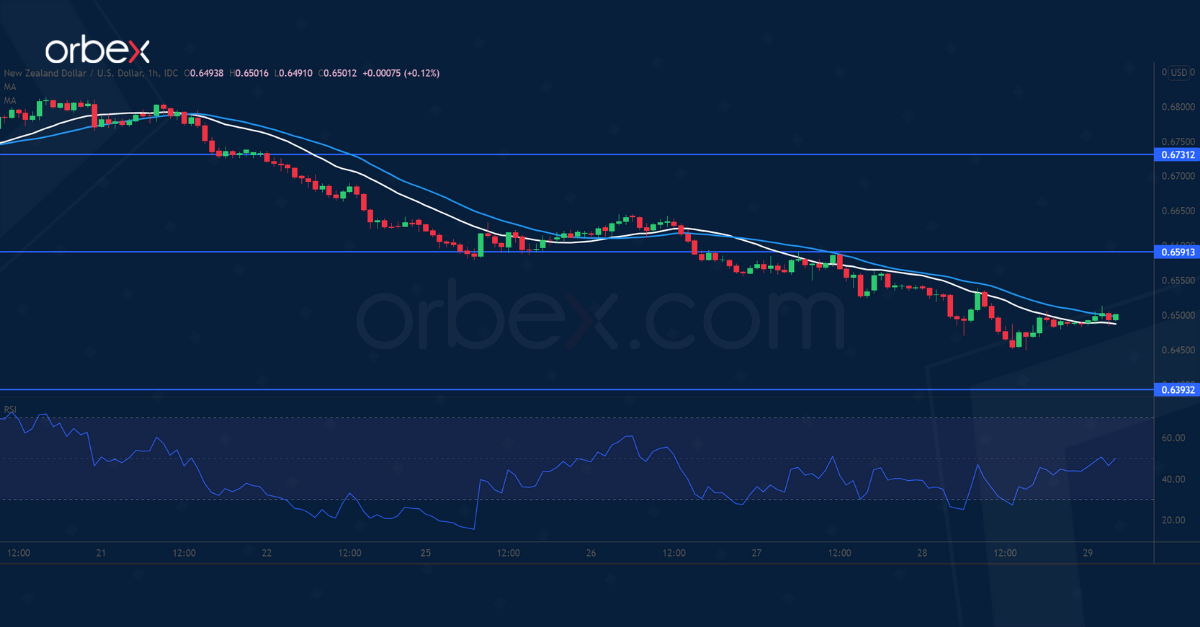 The New Zealand dollar continues southward amid a lack of demand for risk-sensitive currencies.

Sentiment turned bearish after price action failed to hold above this year’s low at 0.6530, invalidating a two-month-long recovery. The pair is heading to a 22-month low at 0.6390.

An oversold RSI may prompt short-term sellers to cover, driving up the price. However, 0.6590 is a fresh resistance, and there is a high chance of a dead cat bounce as trend followers could be waiting to sell into strength. 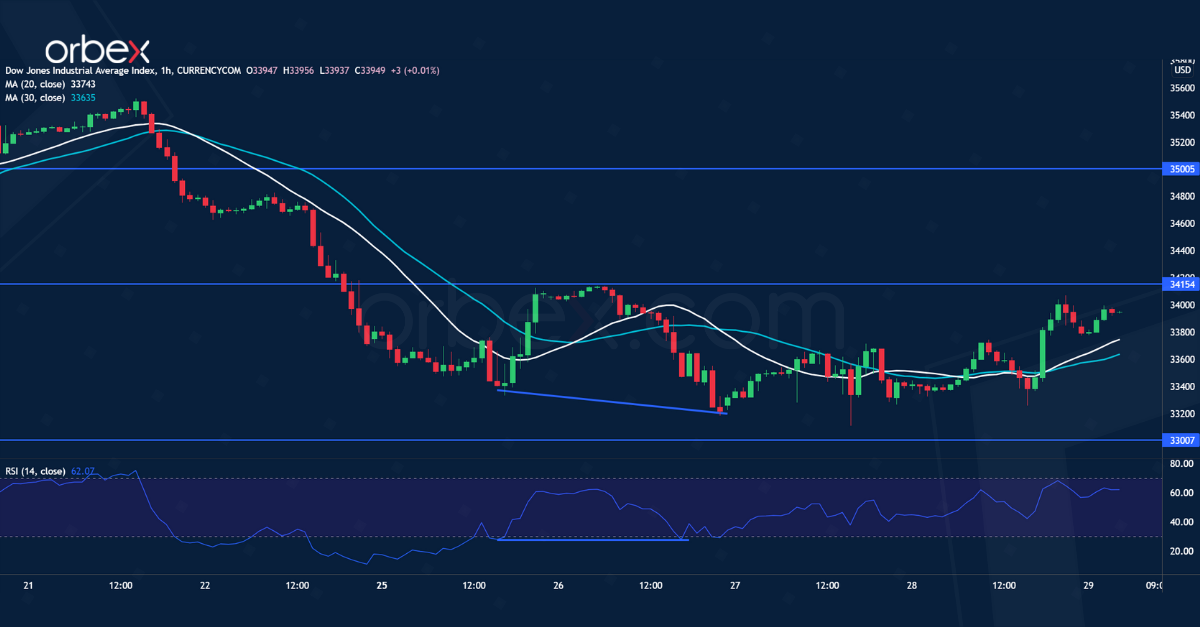 Dow Jones 30 steadies as a US GDP contraction may temper the Fed’s hawkish stance. The index has given up most gains from the March rally.

The demand zone between 32700 and 33000 is an important guardrail to keep the price afloat in the medium term. A bearish breakout could extend losses beyond 32300, leading up to a potential bear market.

A bullish RSI divergence is an encouraging sign as the sell-off could be slowing down. Nonetheless, buyers will need to push past 34150 to ease the selling pressure first.