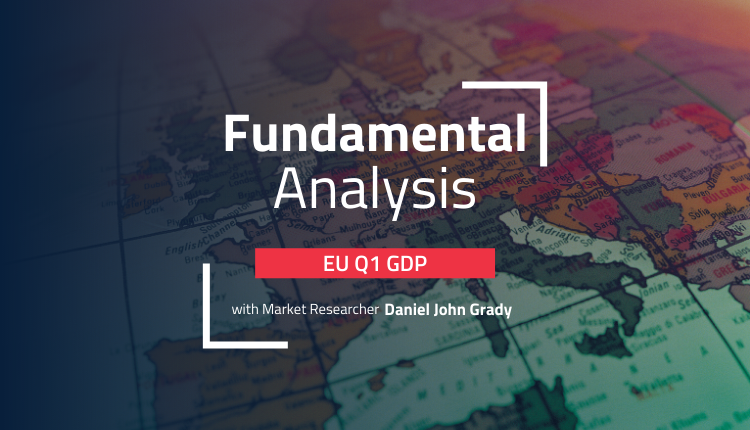 The last day of the month could be quite busy for euro traders. There are two key data points coming out that should shake up the market. Both are not only key to where the shared economy is going but these could be pivotal in determining the ECB’s monetary policy going forward.

Firstly, there is the inflation data from April. The market has already had insights into the figure from preliminary results published previously. But any surprise could significantly change investors’ expectations from the ECB’s next policy meeting. It’s especially relevant because this data includes the first full month of the impact from the war in Ukraine.

Things are starting to heat up

EU headline inflation is at a record high, which is widening the real interest rate gap with the euro area’s main trade partner the US. That is one of the reasons that the euro has been underperforming lately.

Analysts expect that the Fed will raise rates by at least 50bps at their next meeting, while the ECB is still in easing mode. If inflation continues to rise without any intervention from the central bank, the euro could continue its decline.

Headline Eurozone CPI could rise a decimal to 7.5% from 7.4% in March. This could actually have a positive interpretation because it isn’t rising as much. That said, without the effects of higher crude and food prices because of the war in Ukraine, inflation might have actually gone down.

That’s assuming the expectations pan out. If inflation were to come in above expectations, it would increase pressure on the ECB to end the asset purchase program early and start raising rates.

The other data to worry about

Core inflation might have a more dramatic increase, going to 3.2% from 2.9% prior. One of the reasons the ECB has been reluctant to move towards tightening is that the large increase in inflation was seen in “transitory” sectors due to factors outside of monetary purview. But eventually, they would filter through to core rates. And then the ECB would have to do something about them.

The other factor that could move the markets is the GDP figure. Nonetheless, traders are more likely to focus on Germany’s data, rather than the eurozone’s. Germany reports first and could set the tone for the continent, given that it is the largest economy.

The forecasts aren’t as auspicious

What is likely to be the key is whether German GDP for Q1 comes in negative or not. The current consensus is for German Q1 GDP to show growth of 0.1%, that’s an improvement over the -0.3% recorded prior. That would imply annual growth of 3.8%, a substantial progression over the 1.8% recorded previously, following the explosion of omicron cases.

The main thing here is that if Germany reports a negative growth rate, it would upset the market. That’s because the prior quarter was negative, then the two consecutive negatives would imply Germany entering a technical recession. This would be ahead of the major impacts from the war in Ukraine.

Modest growth in Germany could help reassure markets and give more room for the ECB to wind down asset purchases ahead of raising rates. In turn, that could translate into a stronger euro.