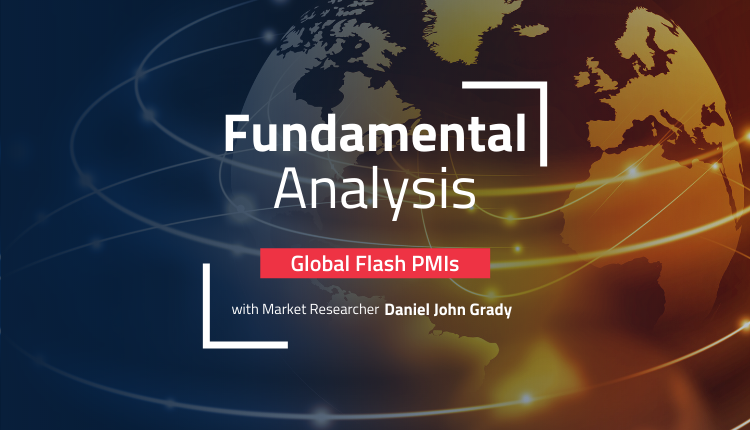 Generally, it’s just half the number of managers surveyed, but typically the number isn’t all that different from the final one. So, the market tends to move in response to the flash number a little more, particularly in terms of risk sentiment.

If purchasing managers express optimism with PMIs above expectations, markets take on more risk appetite overall. But if PMIs miss, this could imply more concerns about the underlying situation in the economy, and market participants retreat to safe havens.

It appears that analysts are bracing for somewhat less positive results this time around.

As the world is facing higher inflation, that’s likely to be a major issue for purchasing managers. Just yesterday German PPI came in at the highest number since the middle of WWII. Businesses are under a lot of pressure to find the materials they need to keep operating.

However, if PMIs stay above 50, then they could be in expansion. In fact, it suggests that even though the situation might be difficult, businesses feel that they can handle it. Less optimism isn’t the best outcome, but it’s better to remain optimistic than to switch to pessimism.

With covid in the rear-view mirror and supply chains in focus, Manufacturing PMI will likely be the most important of the indicators again (as far as the markets are concerned).

The data points in focus

Australia reports overnight, with a projection for Manufacturing PMI to slip to 57.0 from 57.7 prior. Services are still lagging and could stay behind at 55.0 compared to 55.6 prior.

France is up next, and usually sets the tone for the European session, as typically the other figures are in line. But, given the disparate effects of the war in Ukraine, that might not be the case this time around. French Manufacturing PMI could retreat to 53.0 from 54.7 prior.

Analysts expect Germany to show a larger drop in optimism. Germany Manufacturing PMI is projected at 54.7, down from 56.5 prior. That’s still substantially in expansion, but it’s getting closer to the area where investors start getting anxious. Services PMI may not be as affected, dropping to 55.5 from 56.1 prior

General retracement in sentiment for the entire eurozone is expected to be the theme. Eurozone Composite PMI may drop to 53.9 from 54.9 prior. That would be a return to the downward trajectory happening since the start of the year.

Finally, UK Manufacturing PMI could drop to 54.0 from 55.2. But the services sector is to remain broadly optimistic despite some fading. Services PMI is projected at 60.0, down from 62.6 prior.