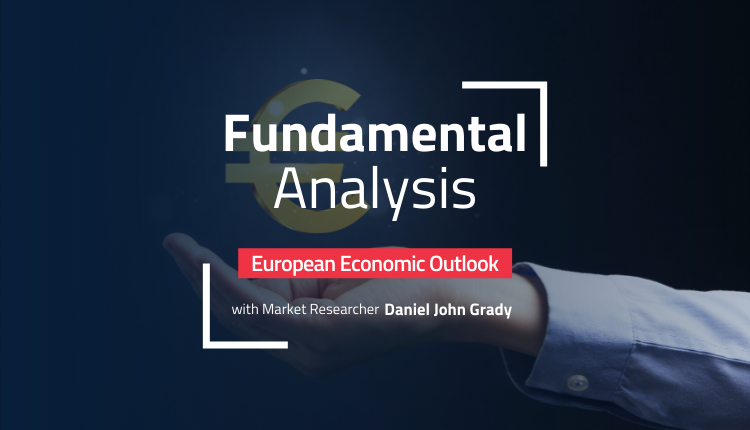 Tomorrow we get European CPI figures, which usually don’t move the market. That’s because we get each constituent country’s CPI figures earlier, so there isn’t much of a surprise.

However, these are not “usual” times, particularly given the context of Europe’s exposure to the war in Ukraine. And, most importantly, March figures are the first to show the full impact of the war.

Normally, as the largest economy, German price variations set the tone for the markets. But given the current situation, the disparity of impacts on the economies could once again become an issue. Germany is the most exposed to the war in Russia because of natural gas, coal, and steel imports. Other countries could avoid some of the impact of price hikes, such as France. But, because both are in the eurozone, this would balance out the headline figure for inflation.

At the same time, it might motivate a change in the flow of goods, as consumers seek to find bargains in the common market. Meaning that countries already impacted by high prices, could also get a second hit by fleeing consumers.

Yesterday, an opinion piece in Handelsblatt mentioned that Germany was already in stagflation. The release of GDP data later in the month could confirm this. Germany already has one quarter of negative growth, meaning it could be falling into a technical recession. And the latest data doesn’t help.

Earlier today, Germany reported that producer prices shot up 30.9% last month, above estimates. That’s the worst data since 1941 – in the middle of World War II.

Of course, producer prices aren’t the same as inflation. But if German companies are seeing their materials costs rise near hyperinflation levels, some of that will be passed on to consumers.

What data to focus on

Needless to say, the massive increase in raw material costs is driven by the need to shift away from Russian supplies.

The problem is that even if Russia brings the war to an end before May 9th, as some speculate, the move to divest from Russia won’t be over. Higher prices for energy in Germany are here to stay. That said, the “temporary” spike in non-core inflation from food and especially energy, will quickly bleed over into the core measure the ECB uses.

Economists project tomorrow’s core CPI for the eurozone will come in at an annual rate of 3.0%, up from 2.7% prior. But the headline rate (including food and energy) could accelerate to 7.5% from 5.9% prior.

With inflation rising, the central bank will have to tighten its policy to get prices under control.

However, like the problem the Fed is facing, the rising prices in Europe aren’t due to something under ECB control. It’s a primarily political problem, given the geostrategic situation. If the ECB raises rates, it doesn’t mean that Germany can go back to buying Russian coal or stop the phase-out of Russian natural gas.

As core inflation picks up, the ECB might have to raise rates more than currently anticipated, which might help the euro in the short term.

Nonetheless, with higher costs, and higher capital costs, it will be hard for European businesses to make headway in the long term. In turn, the euro could subsequently weaken as we get GDP data.