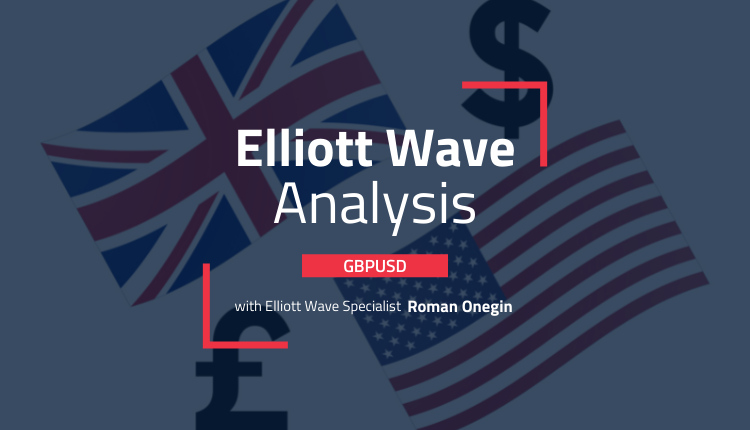 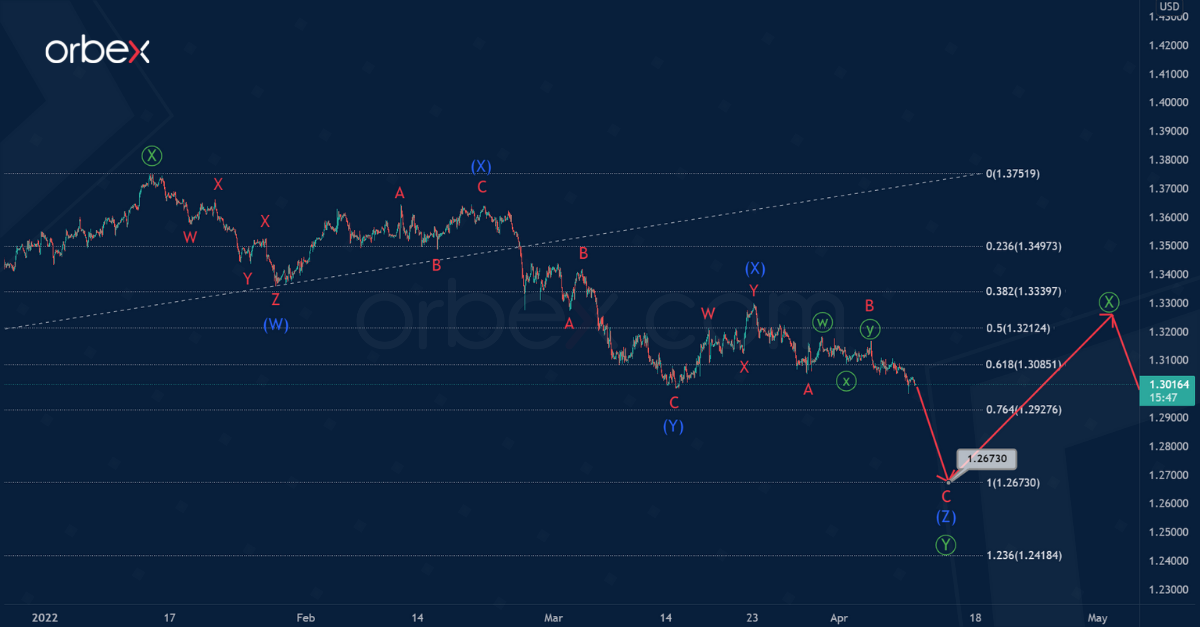 The current GBPUSD structure suggests a correction decline within the major trend. This takes the form of a primary triple zigzag Ⓦ-Ⓧ-Ⓨ-Ⓧ-Ⓩ. A bearish wave Ⓨ is currently developing.

Wave Ⓨ is a triple zigzag (W)-(X)-(Y)-(X)-(Z) of smaller degree. At the moment, the price is moving lower and a zigzag pattern A-B-C is forming. This can complete the intermediate wave (Z) at the level of 1.267.

At the specified price point, primary wave Ⓨ will be equal to wave Ⓦ. After reaching the level of 1.267, prices could move higher in the primary intervening wave Ⓧ. 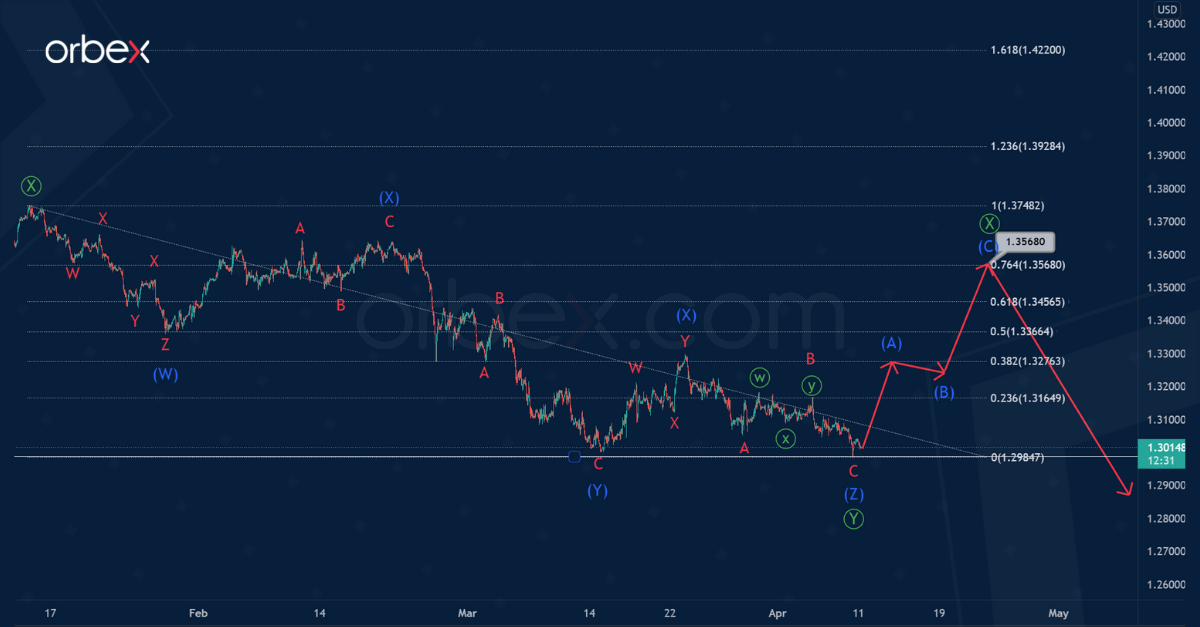 According to an alternative scenario, the formation of the primary wave Ⓨ has already come to an end.

Thus, in the next coming trading days, prices will increase in the bullish intervening wave Ⓧ.

The approximate internal structure of the intermediate zigzag (A)-(B)-(C) is shown by trend lines.