What To Expect From BOE Interest Rate Decision 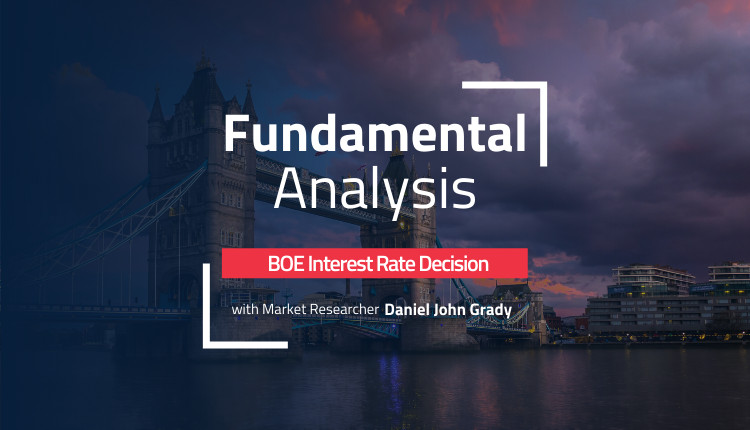 Despite two back-to-back interest rate hikes by the BOE, the pound has been showing some weakness recently. That might be the product of current events having more influence than the longer-term trend.

Could another rate hike at tomorrow’s meeting mean that the GBPUSD will stage a rebound?

What’s been going on?

The pound was gaining strength in the early part of the year in anticipation of the BOE raising rates. Up until that point, the BOE had been talking tough but not delivering any action. Then we had the surprise move higher with dissenters wanting an even bigger rate hike. The last meeting also had dissenters voting for a 50bps point hike.

The consensus among analysts is that there will be another rate hike. Nonetheless, the number of dissenters voting for 50bps will be less, or even non-existent.

If the BOE raises rates tomorrow, it would place them where they were just before the start of the pandemic. But, that doesn’t mean the situation is anywhere close to normalizing.

Why the change in direction

Generally, a tightening policy would be accompanied by a stronger currency.

However, the UK is one of the most exposed markets to Russian assets, and is potentially likely to see some downside from the sanctions. UK firms are divesting from Russia, and many Russian firms are listed on the London Stock Exchange. The sanctions imply that there will be currency outflows, which could weaken the pound in the short term.

The other problem is that higher interest rates typically lead to a cooling of the economy. The UK already has high inflation, which has the effect of also reducing economic growth.

So, further interest rate hikes could combine to create a more pessimistic outlook for the economy, and weaken the currency. For that reason, even if there is a bump in the pound from a rate hike, it might fade relatively quickly.

Of course, the market moves a lot in anticipation of an event. Once that event happens, then the market recalibrates. That said, the market has been pretty much assured that there would be a rate hike coming up and has adjusted for it.

But a fourth consecutive rate hike (especially in the current situation of uncertainty) is not reassuring.

There is a high chance that the BOE would like to convey a tone of more “flexibility”, implying that they will pause in the rate hiking trail for a bit to see how the policy is impacting the economy. For that reason, the markets could move into a more dovish pattern, despite a rate hike.

Basically, it all comes down to inflation expectations.

On the one hand, the market is pricing interest rates rising to 2% by the end of the year (or six more rate hikes). On the other hand, the BOE expects to not raise rates more than four times by 2023.

So, if the BOE raises its inflation outlook, the market could interpret this as hawkish. If they talk up the flexibility and uncertainty angle, it could be seen as dovish.

StockWatch: All Eyes on the Fed as Rate Hike Looms!