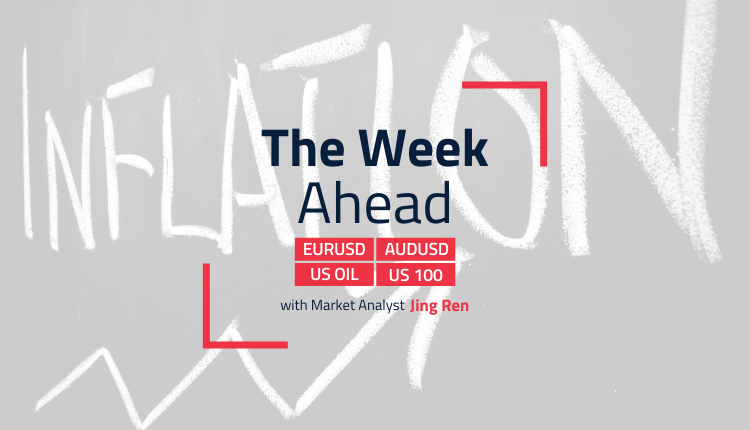 EURUSD falls as the prospect of rate hike fades 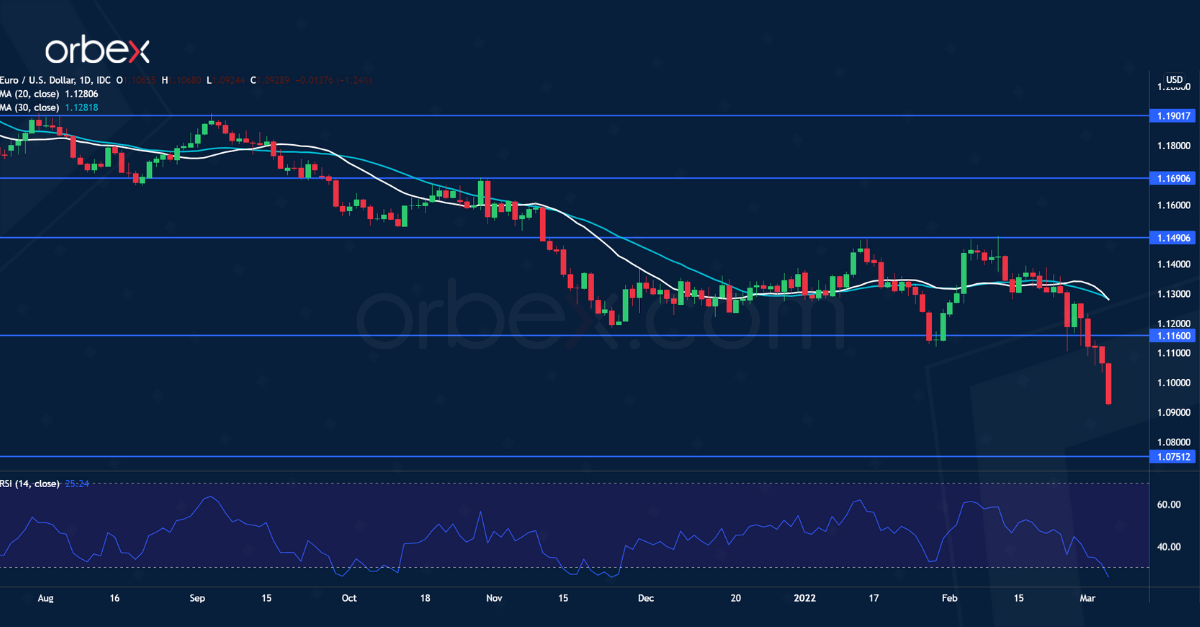 The euro tumbles as traders cut their ECB rate hike wager. A dovish statement from the central bank is expected this week as the war at the gate of the eurozone intensifies.

Surging energy prices and trade disruptions could slow the recovery. This could also hurt household and business confidence. The risk of stagflation puts a serious dent in policymakers’ optimism. The ECB may refrain from taking a drastic turn in monetary policy despite the inflation headache, or even start to backpedal with more stimulus. 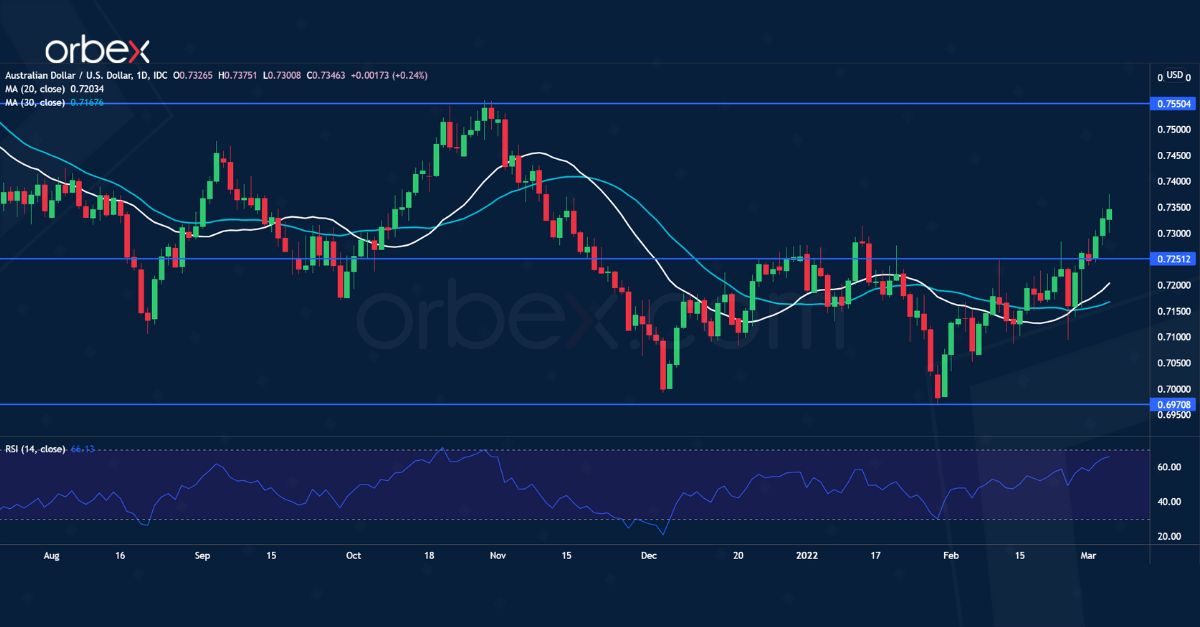 The Australian dollar bounces higher thanks to soaring commodity prices.

Additionally, as traders scale back their hike expectations on major central banks, the RBA may feel less peer pressure to catch up on monetary tightening. The Aussie’s recovery may gain traction despite a risk-off mood across the board. 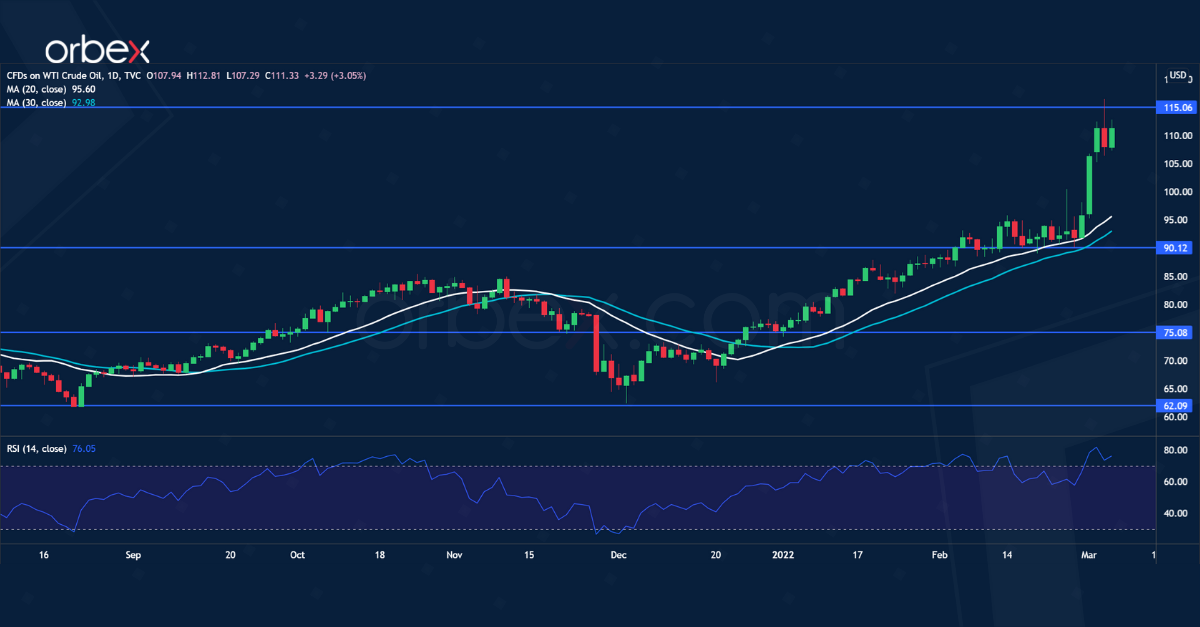 Russia is the second-largest exporter of crude oil behind Saudi Arabia, and the West has so far refrained from cutting the country off the supply chain for fear of collateral damage to its own economy. The latest proposal of a bipartisan bill to ban US imports of Russian oil stirs the pot.

Nonetheless, the Biden administration would be reluctant to take actions that could pump prices higher. Major consumers shunning Russian oil may make the market tighter than ever. WTI crude is hitting April 2011’s high at 115.00. And 90.00 is a strong support in case of a pullback.

US 100 consolidates on less hawkish Fed 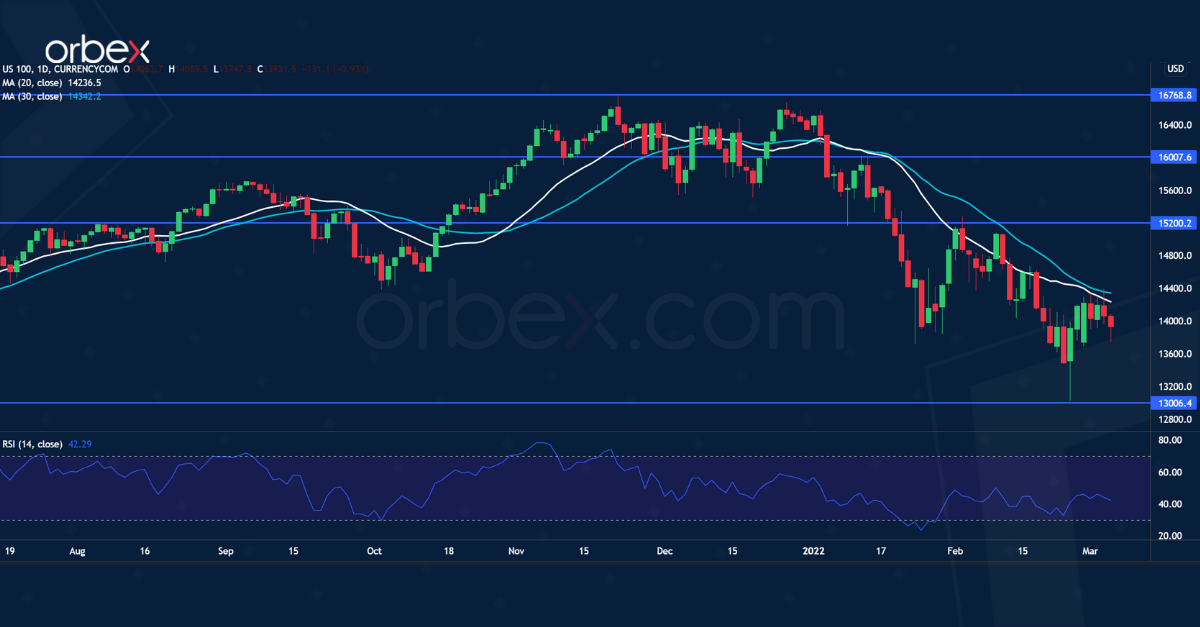 The Nasdaq recouped some losses as the Federal Reserve may temper its tightening.

Geopolitical risks could push back the normalization agenda. In addition, the latest testimony from Fed Chairman Jerome Powell indicates a less hawkish stance. Economic impacts from the Russia-Ukraine conflict remain uncertain and the Fed may proceed with caution.

Markets are betting that a mere 25-basis-point rate hike would be on the table this month, and only five instead of six rate rises would happen this year. The Fed’s light-handed approach could soften the sell-off which just stopped short at 13000. 15200 is the first resistance.