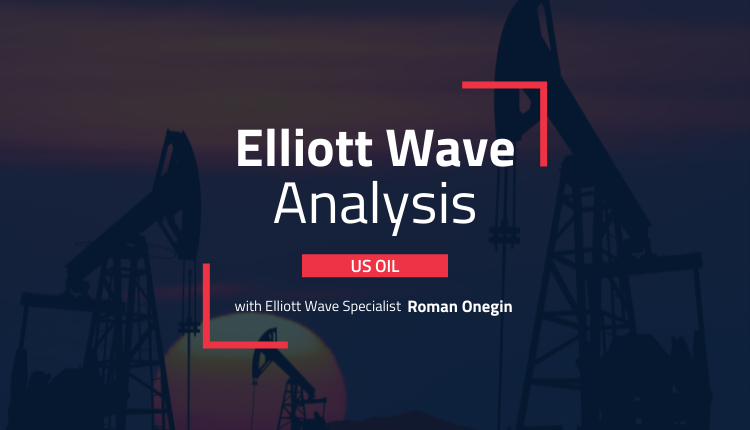 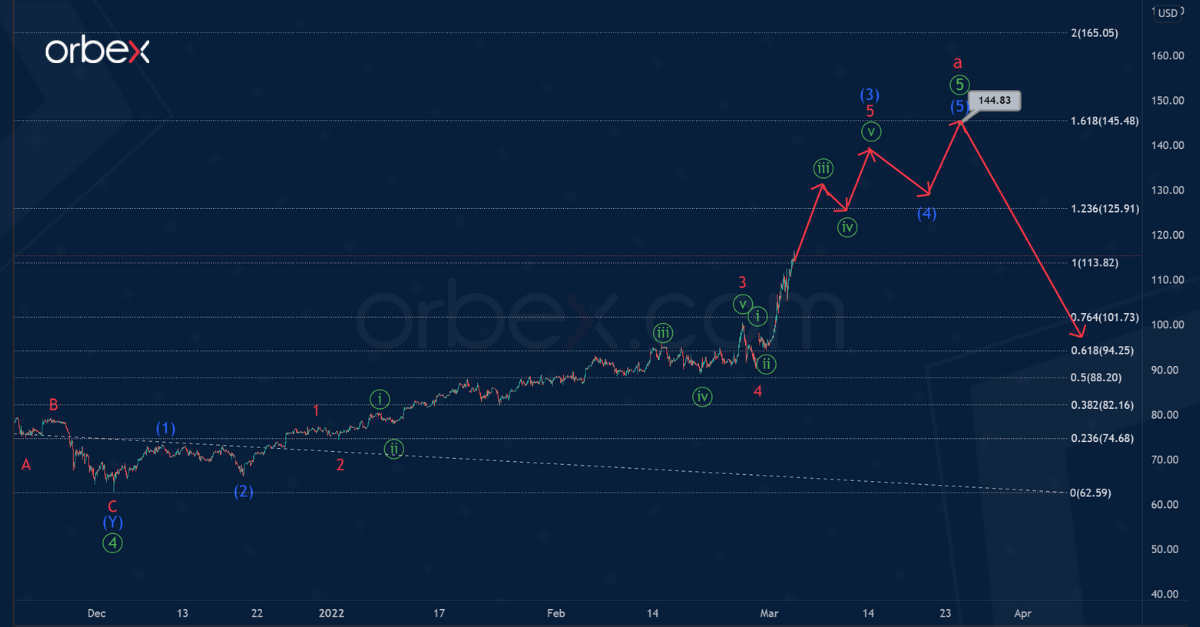 USOIL looks at a global upward impulse wave a of the cycle degree. This consists of primary sub-waves ①-②-③-④-⑤.

After the end of the primary correction wave ④, an impulse came into formation.

Most likely, the primary fifth wave is now under construction. In the medium term, this will take the form of an intermediate (1)-(2)-(3)-(4)-(5) impulse. 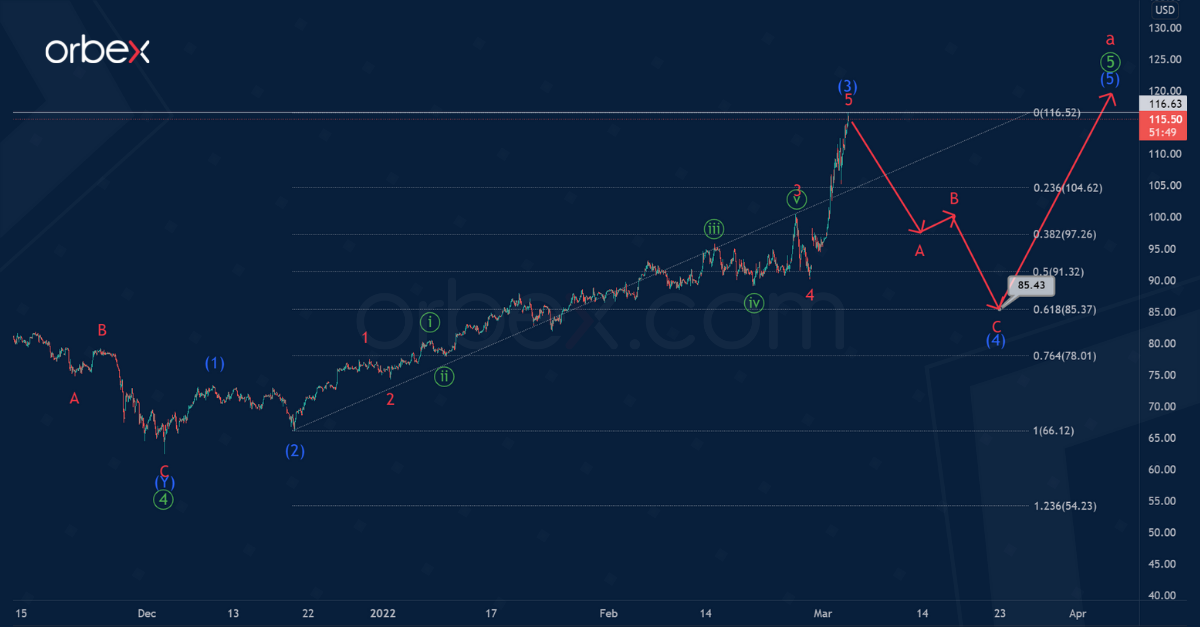 Alternatively, it’s possible that the intermediate impulse wave (3), which is part of the primary fifth wave, has ended.

Thus, if this assumption is true, then a correction sub-wave (4) of the intermediate degree will form in the market.

Wave (4) could have a standard zigzag internal structure. On the chart, the form of this correction is depicted by red trend lines and it’s marked with minor sub-waves A-B-C.

StockWatch: Brent and WTI Push Over $110!