The Aussie is Trending Higher, But For How Long? 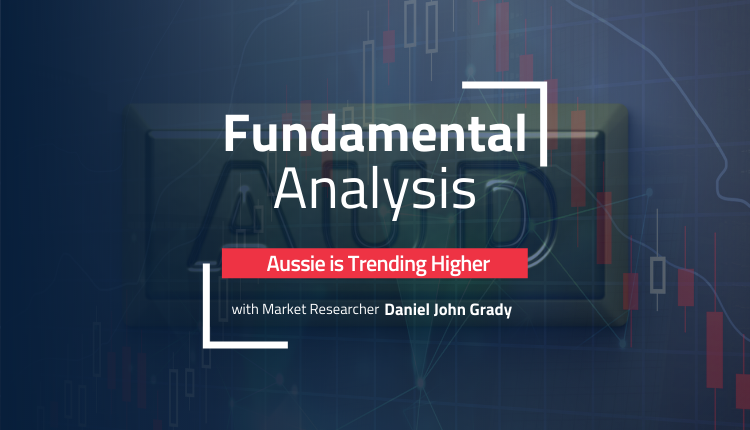 Usually, when there is a move towards safe havens, commodity currencies take a bit of a hit.

So, traders might be a little surprised to see that the AUDUSD has generally been trading higher since the massive risk-off event that was the Russian invasion of Ukraine. Sure, the pair had been moving higher throughout most of February, only correcting a bit in early March. Overall, the trend seems to be towards the upside.

In order for us to understand if it’s likely to continue or turn around, it would be worthwhile to look into some of the possible reasons why this unusual phenomenon is happening.

A quick explanation might simply be that Australia is literally on the other side of the world from the conflict. It would likely be one of the countries that could have the least negative effect. So that might be a good place for investors to park their cash during this uncertain time. That is surely a contributing factor, but not the full explanation.

One of the things that people are becoming increasingly aware of as more sanctions are imposed on Russia, is just how much Europe, in particular, depends on Russia for raw materials. The one we’ve been mostly focusing on has been natural gas. It’s the most obvious, followed by crude oil. Nonetheless, that’s not directly related to Australia.

It turns out that Europe also imports 67% of its metallurgical coal from Russia. Metallurgical coal, coke, or coking coal, is used in steel manufacturing to heat up the iron ore enough to make steel. Germany’s industrial capacity, particularly of cars, would likely experience a major blow if there’s a sanction of Russian coal. This could also happen if there are any shipments interruptions for other reasons.

On top of that, Germany gets over half of its thermal coal from Russia as well. Thermal coal is used for heating, and primarily for electricity generation. Germany’s electric grid is already in trouble because of less wind than the seasonal norm, and the lack of inventories for its natural gas plants.

Russia is the world’s second-largest steel producer. Ukraine is in the top ten. There has been a lot of fighting around Mariupol, where one of the largest steel mills in Europe is. If other countries were to ramp up steel production, they would need both coal and iron ore.

Those are Australia’s two main exports

Coal prices have more than doubled since the start of the Ukrainian crisis. Iron ore prices, which had been declining throughout February, have shot higher. However, they’re still not back to last year’s levels.

So far, there was no interruption of supplies of these materials. But just like with natural gas and crude, buyers are shying away from Russian sources out of fear that they won’t be able to deliver in the future. That has put a premium on material sourced from other countries, like Australia.

Most notably, this concern over not being able to deliver doesn’t appear to be affecting Chinese buyers. But it is enough to push up the international price. It also implies more demand for the Aussie dollar as long as the uncertainty around Ukraine remains.