What to Expect Out of OPEC Meeting 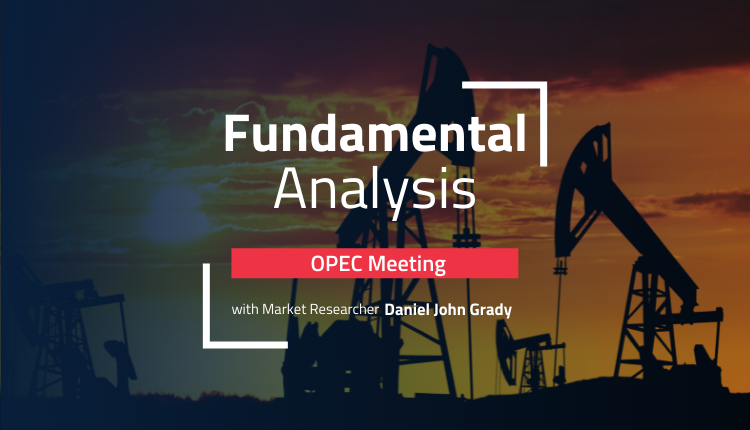 Today we have OPEC’s Joint Ministerial Committee meeting. But the real potential market-moving event could be the end of the OPEC meeting tomorrow.

With brent refusing to fall below the $100/bbl level, there is a lot of speculation about future actions to deal with the high prices. There is growing pressure on producers to address the issue as the increased cost of energy threatens to further impact inflation.

Nonetheless, many analysts are pointing out that a greater supply is unlikely to address the issue. Therefore, even if supply is increased or strategic reserves are released, oil could still remain high for a while.

Yesterday, there was a report on the IEA coordinating a plan to release up to 70 million barrels of oil from strategic reserves in an effort to lower the price of crude. The US is spearheading the initiative, and they will release as many as 60 million barrels. However, there was no confirmation of that.

As the discussion on the subject became broader, many analysts pointed out that supply problems won’t affect the market. Russian gas continues to transit unimpeded through Ukraine despite the conflict. That doesn’t mean that this won’t affect the pipelines in the future, either deliberately or accidentally.

With Russia being the largest supplier of crude, and European natural gas stocks being low, there is concern about Russian gas supplies potentially cutting off. That could be because of an escalation in the fighting or the sanctions. In turn, this could potentially push the price of crude quite a bit higher.

In other words, crude prices remain high out of concerns over what might happen during the conflict. That’s because analysts point out that there is not enough spare production capacity in other countries to make up for Russia. That is if for some reason Russia was not able to continue supplying the markets.

OPEC’s evaluation is that raising production is not the solution. And that’s why almost all analysts expect OPEC to not change their policy of gradual production increases. That means at the meeting tomorrow they are likely to decide to raise production by the scheduled 400K bbl/day.

We have to remember that these decisions apply from next month. So, since this is the March meeting, the production changes they agree to tomorrow will be effective in April.

Any OPEC production change is not likely to affect the current situation. Especially since there is still substantial hope that there will be a resolution to the situation in Ukraine before then.

On the other hand, the first meeting between Ukrainian and Russian representatives to negotiate and end the conflict concluded yesterday, with the only agreement being to meet again in two days (that would be tomorrow, Wednesday).