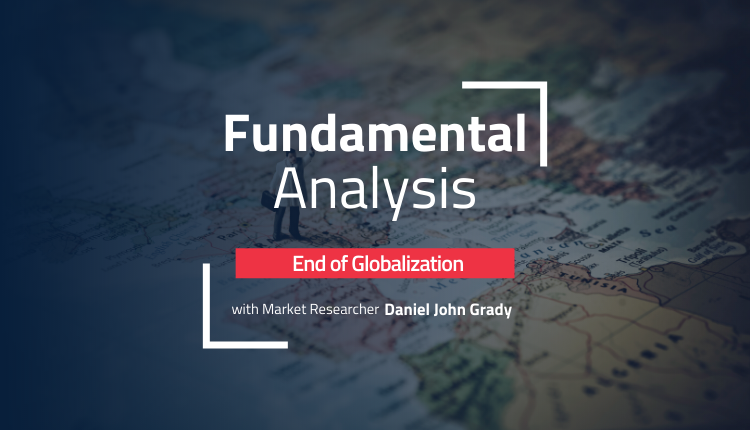 Larry Fink, the CEO of BlackRock, the world’s largest asset manager, dropped a bomb in his annual letter to shareholders. He suggested that we have reached the end of globalization as “we have experienced over the last three decades.”

His focus was primarily on the Russian invasion of Ukraine. He suggested that it would cause many communities to look inward, and blamed “extremist behavior” and the effects of the pandemic. The full letter is, of course, a fantastic insight into an incisive mind with over $10T in assets at his command.

But, does he have a point?

Taking a step back

Fink focused on the issue of Russian energy, as that is one of the key issues right now. But there has been a broader shift in corporate thinking that has developed over the last few years. The Russian invasion might just be either the latest in a series of events or the straw that broke the camel’s back.

We are already paying “the price of globalization” as extended supply chains around the globe are snarled by covid measures, slowing deliveries and pushing up prices.

Even before covid hit Europe and the US, there were supply chain worries as China was forced to shut down major manufacturing areas to deal with the initial outbreak of the virus.

Already firms realized how vulnerable they were to supplies running out if there was a problem in a foreign country.

Has it improved or gotten worse?

The persistent problem with semiconductors in particular has motivated a shift towards “domestication” of key component production. Then late last year, fertilizer prices started to spike as China tried to reduce its carbon footprint, showing how dependent world food supplies were on certain bottlenecks.

Globalization has the distinct advantage of being able to leverage economies of scale to produce cheaper products.

However, that also creates a vulnerability of certain components being concentrated in certain areas with ideal conditions. With interdependence on components, an issue in one country can lead to a cascading effect around the world.

Fink acknowledges that the shift towards national production and less reliance on global supply chains started with covid. He also suggested that the move towards safety and diversity in supply would likely translate into higher prices and potentially higher environmental costs.

The first couple of decades in this century had relatively low inflation as globalization allowed for offshoring processes and manufacturing to cheaper locations. Covid, and now the war in Russia, is throwing into stark relief the risks of that move.

If firms start reversing that move towards cheaper global supply, it would inevitably mean increased costs. And a more challenging environment for economic growth.

If Fink is right, it’s just more evidence that we could be moving into an extended period of stagflation. And it might be advisable to look into how to prepare your trading strategy for such an eventuality.

The Week Ahead: Heavy Handed