What To Focus On During Tomorrow’s Central Bank Meetings 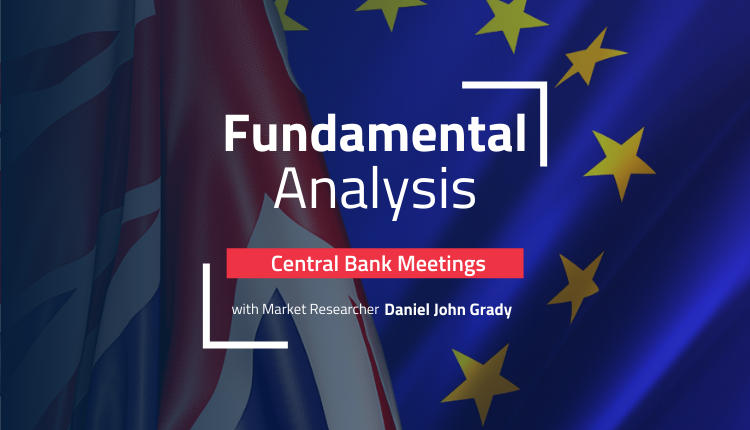 Out of the two central bank meetings happening tomorrow, the main expectation for the ECB meeting is to not be a major event.

Generally, there is a pretty broad consensus that the central bank will keep its policy on hold for at least one more month. There are a few fundamental issues that could cause a major surprise.

Across the Channel, however, the expectation for the BOE’s policy meeting is to be quite active. There won’t be just a change in rate policy, but also in asset purchases, as well as the outlook for the trajectory of rate hikes. There are a lot of moving parts here, and they could all be potentially market-moving.

There is a near-unanimous agreement among economists that the BOE will raise rates by at least 25 basis points. The market has priced that in. Therefore, even a change in policy would not actually change the trajectory of cable or the stock market, since it’s so broadly expected.

To underscore how significant that is, this would be the first back-to-back rate hike in 17 years. So, if for some unknowable reason the bank doesn’t deliver, it would be a major shock to the markets.

Despite having raised rates at the last meeting, the BOE has continued to buy bonds. In part, this is because the consensus among economists is that buying bonds has minimal impact on inflation, but the interest rate does. Last December, Britain posted the highest inflation in 30 years, so that clearly is the problem.

Overall, economists believe that the BOE will stop the purchase of bonds. Generally, this could have more of an impact on the stock market than the currency.

Should they continue to buy bonds, this would likely be a signal for continuing liquidity in the financial markets. This could also cause the FTSE to bounce. And it would be a major surprise for the markets.

The outlook is where it’s at

Where the BOE thinks inflation will be at the end of the year could give an indication of which side is more likely to be right. There is unanimous agreement among analysts that the BOE will revise their inflation forecasts.

If they raise the year-end inflation outlook to above the target of 2%, the market will likely interpret this as “hawkish”, implying more rate hikes than the current estimate. However, this would also imply a more aggressive rate hike path since the BOE became independent, so it’s not all that likely to happen.

In summary, what could drive the market the most tomorrow are Governor Bailey’s post-earnings comments. And how the market understands them in terms of the number of rate hikes expected for the rest of the year can also affect the market.