US January NFP: The First Negative Reading Since the Pandemic? 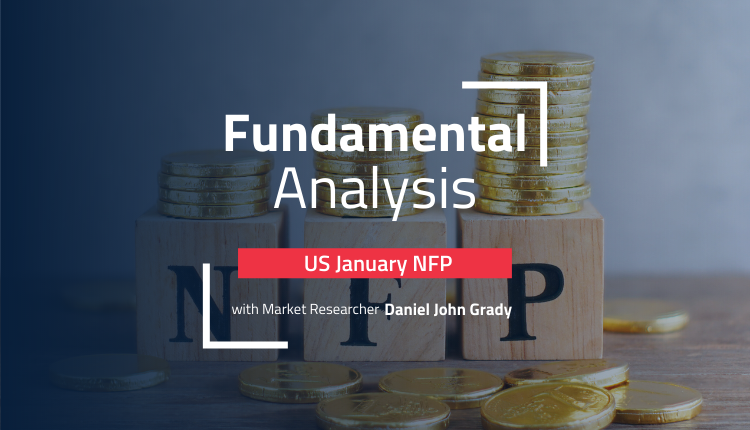 Markets got a bit shaken after we got the ADP employment figures for January yesterday. Of course, we should note that ADP has lost its reputation for being able to predict where the NFP will come out. However, it can still influence expectations.

Private payrolls in the US were 301,000 lower in January. That compares to an expectation of the addition of 200,000 jobs.

Generally, the sudden loss in jobs was due to omicron and the reimposition of measures in certain areas. The uncertainty of the severity of the variant could have kept employers from hiring. But, also, there is a seasonal roll-over of contracts at the end of the year, which could also have influenced the result.

What does this mean for NFP?

Analysts are still expecting NFP to remain positive. But the median of surveyed economists shows an expectation of 150,000 jobs to have been added in January. This compares to 199K added in December.

Another factor to keep in mind is that ADP also revised down the prior month’s figure. So, if there is a reflection of the trend in NFP, we could see last months’ already dismal figure move lower.

Under normal circumstances, 150K jobs would be a good number. But in the context of covid recovery, well, it would be lower than last month’s which was already quite bad.

We’d have to see a figure of at least 300K for the markets to consider it an acceptable result. And it needs to be above 500K before analysts call it a “good” number. Remember, that the US is still 3,5 million jobs short of recovering to pre-pandemic levels.

How could the market react?

Well, we could look at what happened yesterday to get an idea of how the market interprets labor data, where we saw a minor drop in treasury yields. This suggests that investors think that worse unemployment data might mean that the Fed could pull back on its tightening.

The Fed, of course, has a dual mandate of ensuring low unemployment and currency stability. For now, the focus appears to be on runaway inflation. But the bank’s attention could be brought back to the labor market if there are significantly disappointing figures.

At the moment, the market is pricing in 5 rate hikes for the rest of the year, but poor jobs data could reduce that number. Overall, that would support the stock market, as most indices rose yesterday.

The other data is also important

Beyond the number of jobs created, what matters more is the unemployment rate as a signal for potential Fed policy.

Analysts project January’s unemployment rate to remain at 3.9%, a level the Fed considers close to the structural level. If we see a tick up in unemployment, it could lead to a more dovish outlook for monetary policy.

The other factor that could shake up the Fed is the potential for a wage-price spiral. Therefore, the average hourly earnings figure comes into focus. The expectation for this is to show a modest deceleration to 0.5% from 0.6% in the prior quarter. Note that on an annual basis, that is still below the latest inflation rate.

NZDUSD Is the Cycle Correction Wave b Completed?