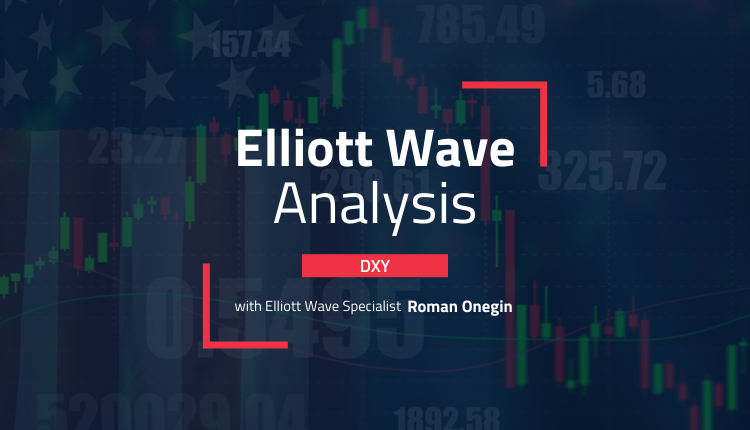 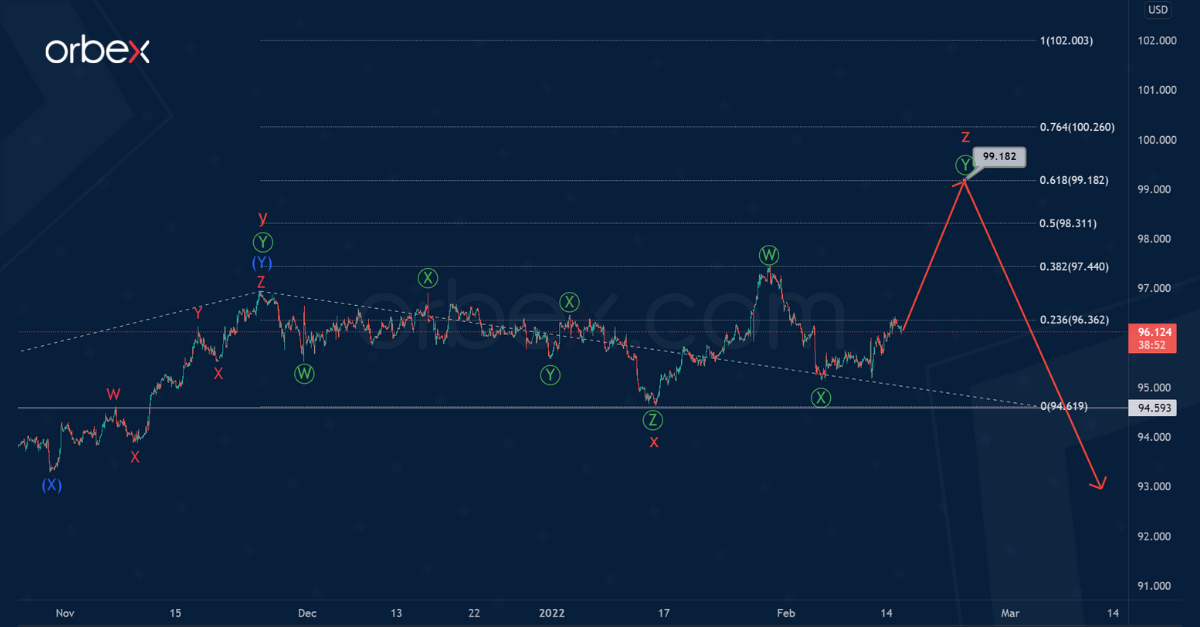 Cycle actionary wave z is under construction at the time of writing. The internal structure of this wave hints at a double combination Ⓦ-Ⓧ-Ⓨ. The first two parts of the double zigzag appear to be fully complete. Therefore, the price could rise in the final primary wave Ⓨ.

The target of 99.182 is determined using the Fibonacci extension. At that level, wave z will be at 61.8% of previous actionary wave y. 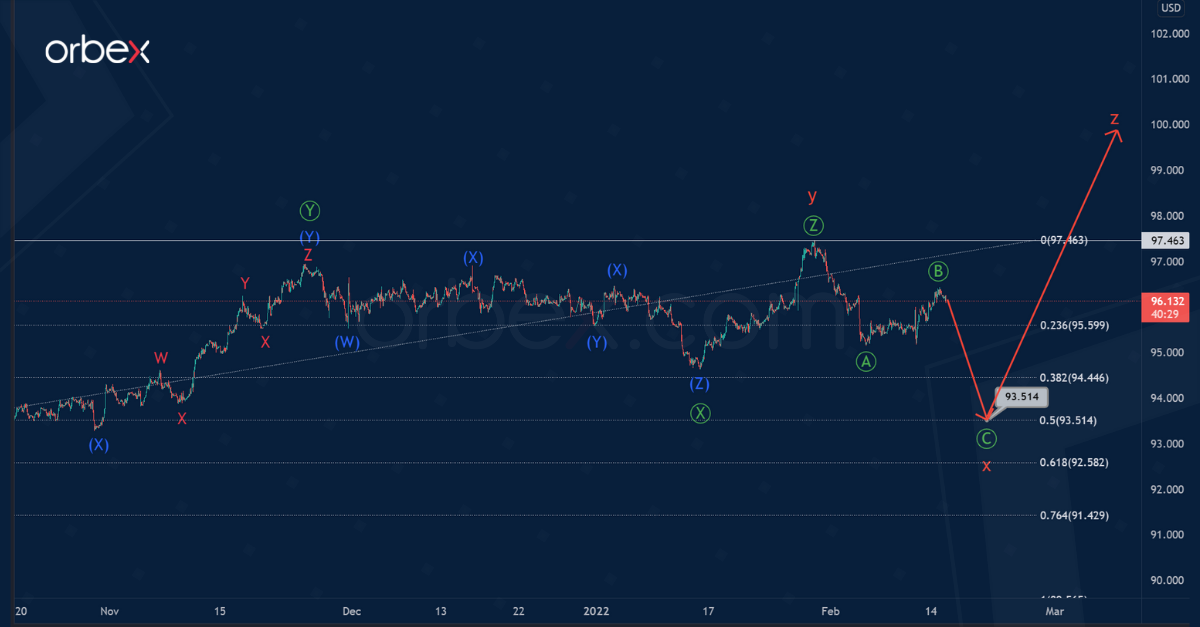 Alternatively, there is a possibility that the cycle intervening wave x has not ended.

In the second variant, the cycle actionary wave y was longer than in the main one. And it has the form of a primary triple zigzag.

Thus, if this option is confirmed, then in the near future the market will move in a downward direction and will continue to build a cycle intervening wave x. It is possible that the price will fall to the level of 93.514, as indicated on the chart.