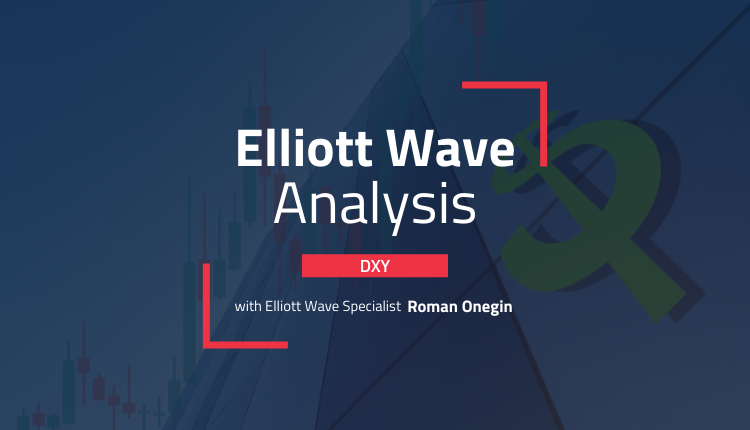 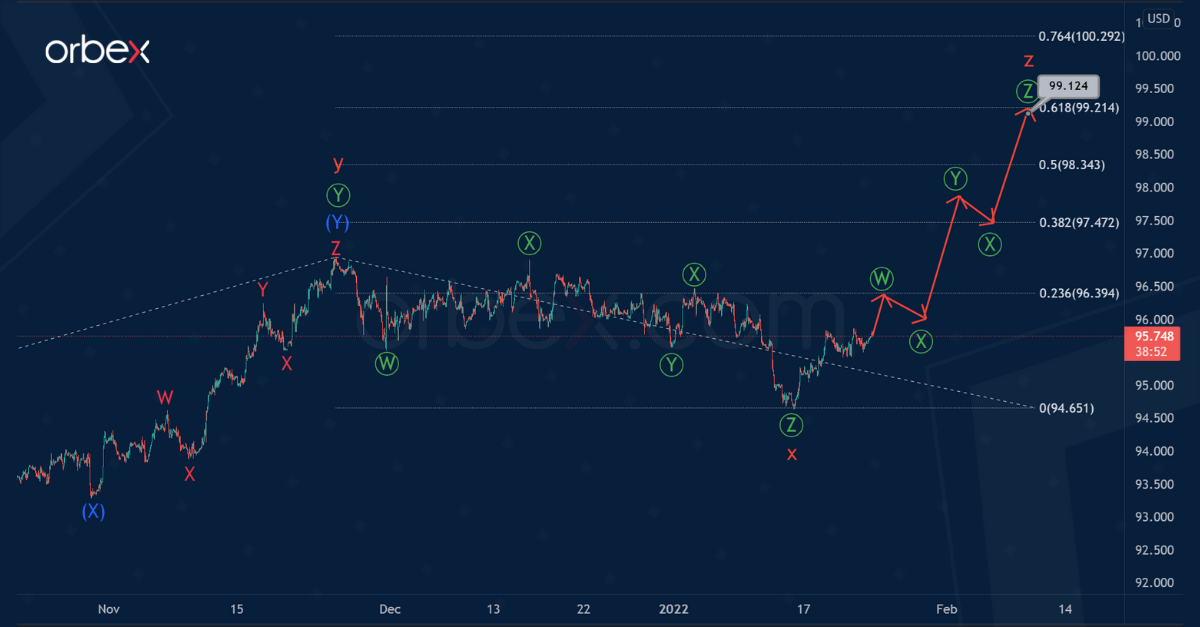 The formation of the DXY index suggests the development of a large triple zigzag consisting of cycle waves w-x-y-x-z.

In the last section of the chart, there is an upward movement of the market. In fact, this could indicate the emergence of the final actionary wave z of the cycle degree. Wave z will also have a complex triple Ⓦ-Ⓧ-Ⓨ-Ⓧ-Ⓩ zigzag formation.

The target of 99.124 is determined using the Fibonacci extension tools. At that level, wave z will be at 61.8% of the previous actionary wave y. 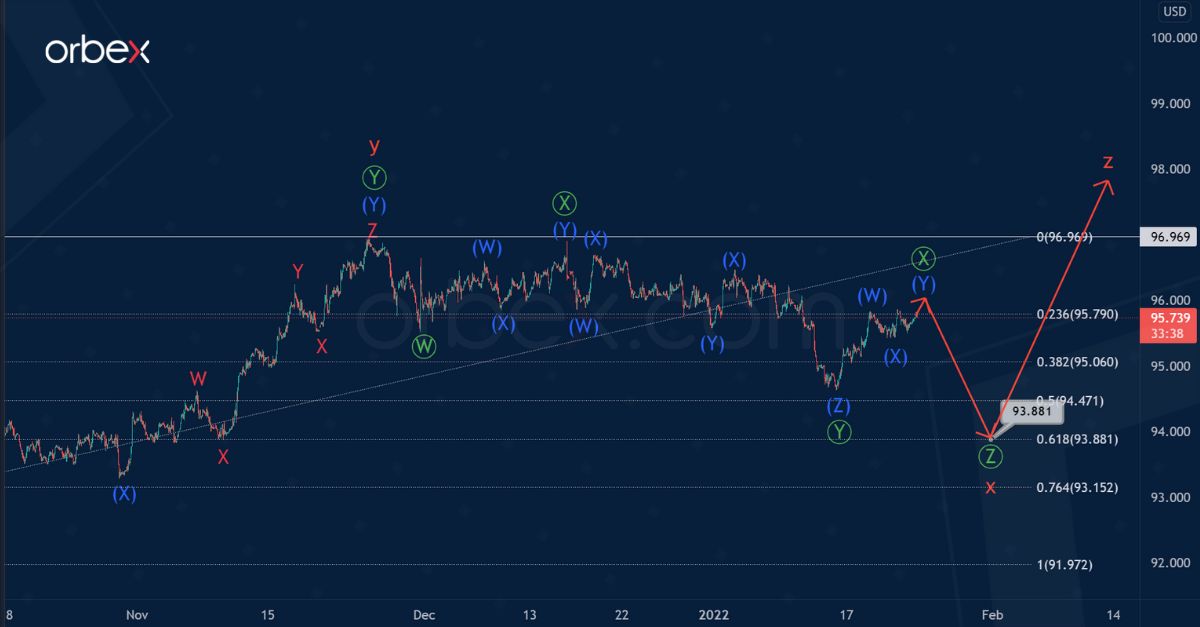 Let’s look at an alternative option. According to this view, a bearish market movement occurs. This means that there is a possibility that the cycle intervening wave x is not complete yet.

Most likely, the market is currently in the final part of the intervening wave Ⓧ.

The index could fall to the level of 93.881 in the final primary wave Ⓩ. At that level, wave x will be at 61.8% along the Fibonacci lines of wave y.