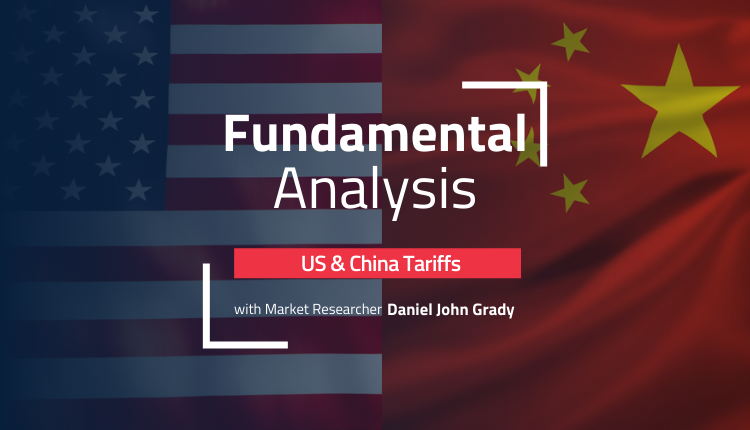 It seems so long ago that the biggest concern for the markets was a trade war between the US and China, initiated with taxes applied by the Trump administration.

Among a diverse range of effects, China’s currency lost value dramatically. However, by now it has not only recovered but is trading at the strongest it has been in years.

At the time that the tariffs were in effect, President Trump received quite vocal opposition from Democrats, including then prospective presidential candidate Joe Biden. So, there was an expectation that the new Biden Administration would rescind the tariffs. And also come up with a new framework other than the ‘Phase One’ deal agreed by their predecessors.

Nonetheless, it’s been one year since Biden assumed the office, and “Trump’s tariffs” are still in place. Given the economic consternation around the tariffs, and the continuing supply chain issues in the global market, some have started to question why the US hasn’t lifted the tariffs.

It’s about where things are going

Technically, ‘Phase One’ expired at the beginning of the year, but the rules have remained unchanged since then. Negotiations for a new trade framework between the US and China remain stagnant, with the US diplomatic apparatus apparently more concerned with Ukraine.

There are evident political and geostrategic reasons for the tariffs. However, for the markets, there are other practical issues.

The deal, negotiated before the pandemic, included the option for China to buy substantial amounts of agricultural goods from the US. China has continued to do so through the pandemic, to the point that it’s starting to disrupt other markets.

China now has the largest stocks of grain in the world and continues to buy them despite prices reaching record highs. Corn futures, for example, have gone up by nearly 50% in the last year. Soy has appreciated by over 30%. China primarily continues to import from the US, within the ‘Phase One’ framework.

Keeping an eye on these base products is important to understand inflation dynamics because they are used as raw materials for a wide range of consumer goods, and not just food.

Meanwhile, the yuan has appreciated ~13% since hitting its peak last year. In turn, this suggests that China continues to have increased buying power.

Some things are moving

While container goods remain snared up in ports around the world, bulk goods have managed to continue to flow. In fact, the price of bulk shipping has dropped substantially since last November. That means it’s cheaper to ship grains, and then get offloaded in terminals, unlike manufacturing goods.

What does this mean for markets?

For the US, there is an incentive to keep the ‘Phase One’ deal in place. But China’s buying activity could continue to maintain inflation pressures for a while. On the other hand, the stronger yuan might help Chinese trade partners who rely on exports, such as New Zealand, Australia, and Japan.