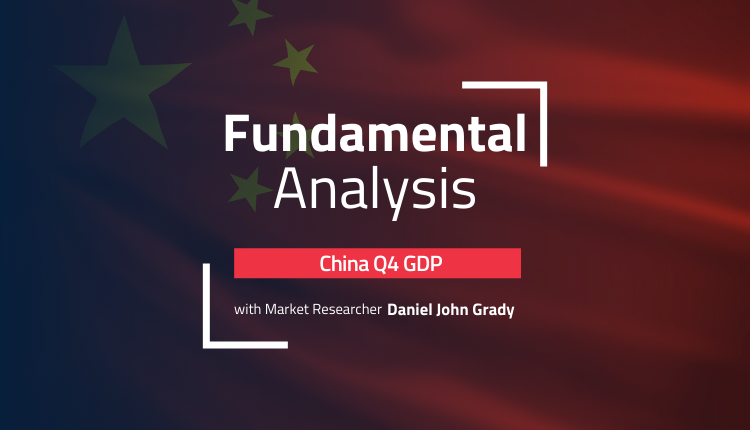 Monday morning (or late Sunday, depending on where you are located) will probably be the most important data day for Asian traders.

We get several key economic figures from China, and the one most likely to grab all the headlines is DP. But we also get retail sales, unemployment figures and industrial production. All of those on their own could rile up the markets.

In fact, the data could receive even more attention considering the growing consensus that the PBOC will probably ease again soon. The latest major market watcher added to the list of those saying easing is coming is HSBC.

It’s important to note that the PBOC typically changes their monetary policy around the middle of the month, meaning it could happen as soon as today. If not, and the data disappoints, we could see it on Monday.

The other event that could get some attention at the start of next week is that China’s President Xi will address the World Economic Forum in a virtual format. Comments on the economy could also shake up the markets, even after the data is already finalized.

Analysts expect China to report a quarterly growth rate of 1.1% compared to 0.2% in the third quarter. On an annual basis, that would imply China’s Q4 GDP was 3.7% higher than in the fourth quarter of last year. This is a slowing of the pace seen in the prior quarter, which was 4.9%.

However, this unusual situation is probably because of the ups and downs of covid in the prior year, and not an indication of the current trend.

The other figures that could shake the markets

The expectation for China’s retail sales is to continue to have strong annual growth at 3.7%. That is a slightly slower pace compared to the 3.9% reported in the previous quarter.

This isn’t unusual, as Chinese families tend to save up ahead of the lunar new year in February. That could reassure markets if there is a minor deviation from expectations

Finally, we have the Chinese industrial production slipping slightly in expectations to 3.6% from the prior 3.8%  Again, this isn’t entirely unexpected given the season, as exports tend to wind down in December after the increase in the lead up to Christmas. Typically, Chinese firms seek to build inventory in January, ahead of the lunar new year festivities.

China’s exports last month came in ahead of expectations, suggesting that global demand could be on the mend. This could mean that demand for raw materials and machinery could see a boost soon. Therefore, better economic data could help support the Yen and the Aussie.

However, consumer exports from New Zealand rely more on China’s domestic market. And if retail sales disappoint, this could weigh on their dollar.