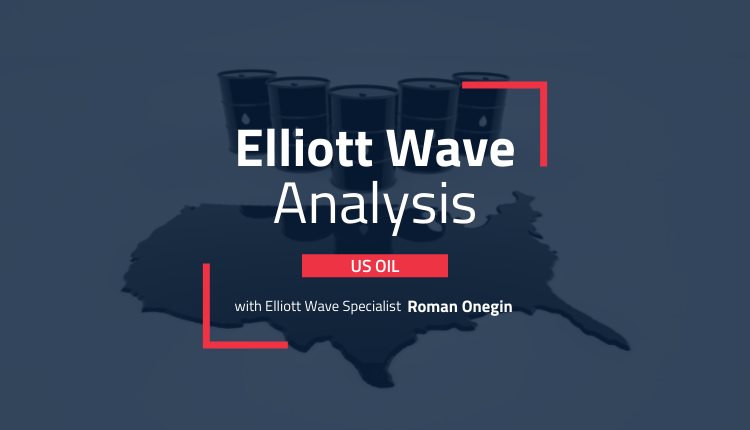 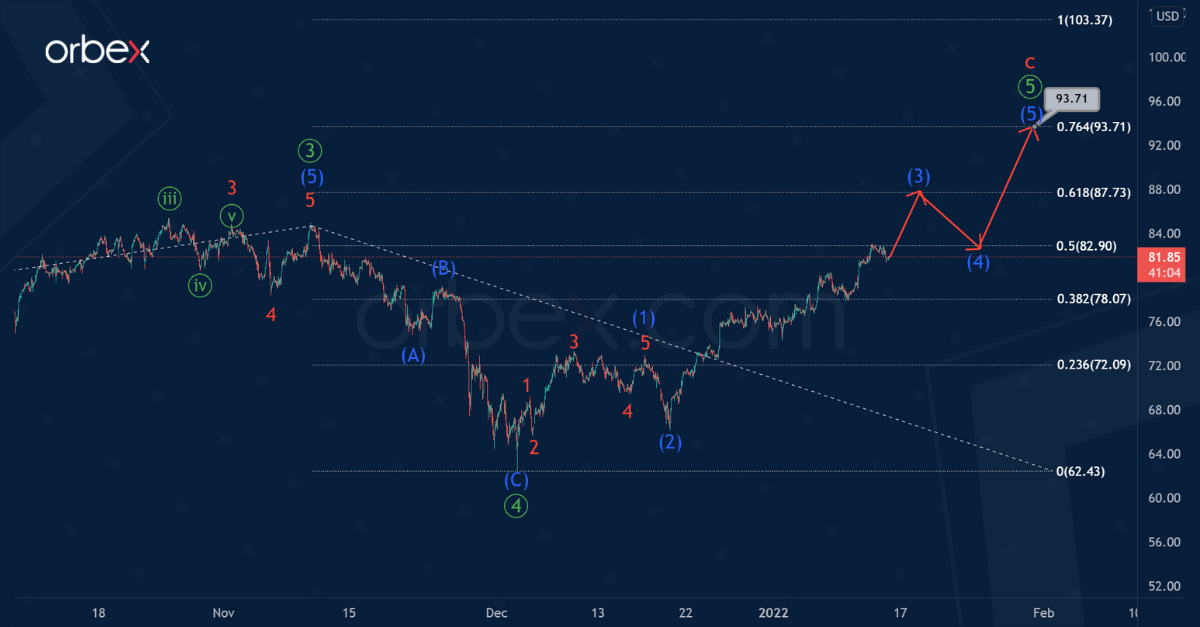 USOIL seems to be forming a global upward impulse c of the cycle degree, which consists of primary sub-waves ①-②-③-④-⑤.

At the beginning of December, the market completed a downward price movement within the primary fourth correction. It looks like a zigzag pattern (A)-(B)-(C).

After the end of the wave ④, there was a price reversal and growth in an impulse form.  We can assume that the initial part of the primary fifth wave is currently under construction. And in the medium term, it will take the form of an intermediate impulse (1)-(2)-(3)-(4)-(5). 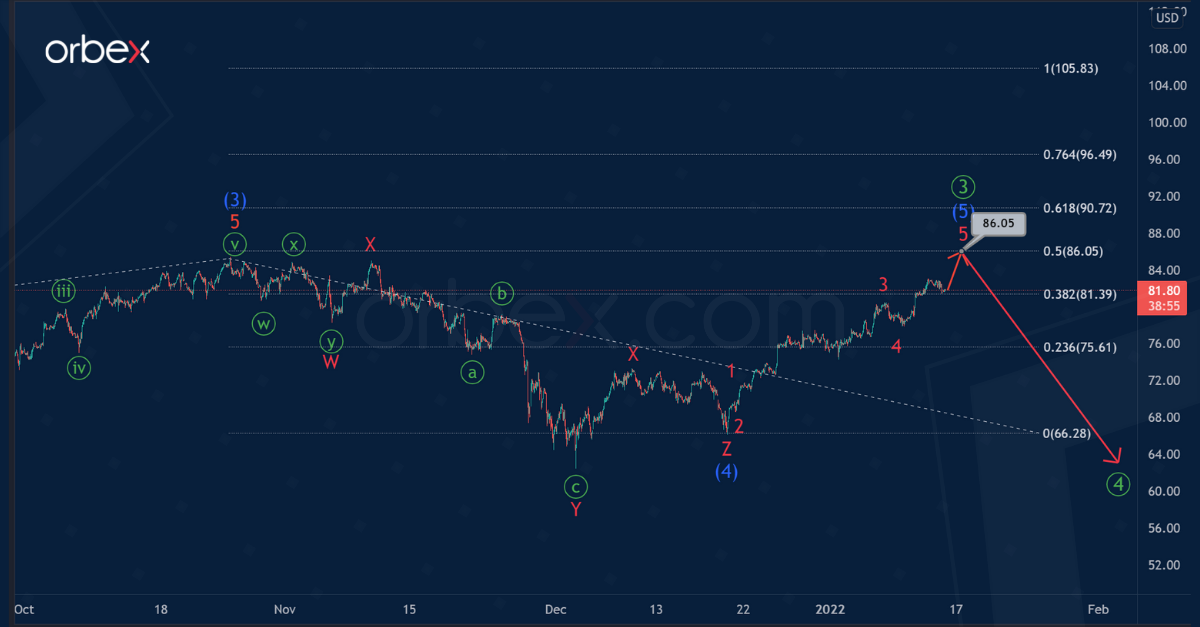 Alternatively, only the third primary wave is currently forming into an intermediate impulse (1)-(2)-(3)-(4)-(5), which could soon be fully complete.

Currently, the market is most likely in the last minor wave 5, part of the intermediate impulse (5). The end of wave 5 might be around the 86.05 level. And that is slightly above the previous peak, where the intermediate wave (3) ended.

After reaching that price level, we can expect a fall in the primary fourth wave.